Aims: We aim to generate a catalogue of merging galaxies within the 5.4 sq. deg. North Ecliptic Pole over the redshift range 0.0 < z < 0.3. To do this, imaging data from the Hyper Suprime-Cam are used along with morphological parameters derived from these same data.
Methods: The catalogue was generated using a hybrid approach. Two neural networks were trained to perform binary merger non-merger classifications: one for galaxies with z < 0.15 and another for 0.15 ≤ z < 0.30. Each network used the image and morphological parameters of a galaxy as input. The galaxies that were identified as merger candidates by the network were then visually checked by experts. The resulting mergers will be used to calculate the merger fraction as a function of redshift and compared with literature results.
Results: We found that 86.3% of galaxy mergers at z < 0.15 and 79.0% of mergers at 0.15 ≤ z < 0.30 are expected to be correctly identified by the networks. Of the 34 264 galaxies classified by the neural networks, 10 195 were found to be merger candidates. Of these, 2109 were visually identified to be merging galaxies. We find that the merger fraction increases with redshift, consistent with literature results from observations and simulations, and that there is a mild star-formation rate enhancement in the merger population of a factor of 1.102 ± 0.084. 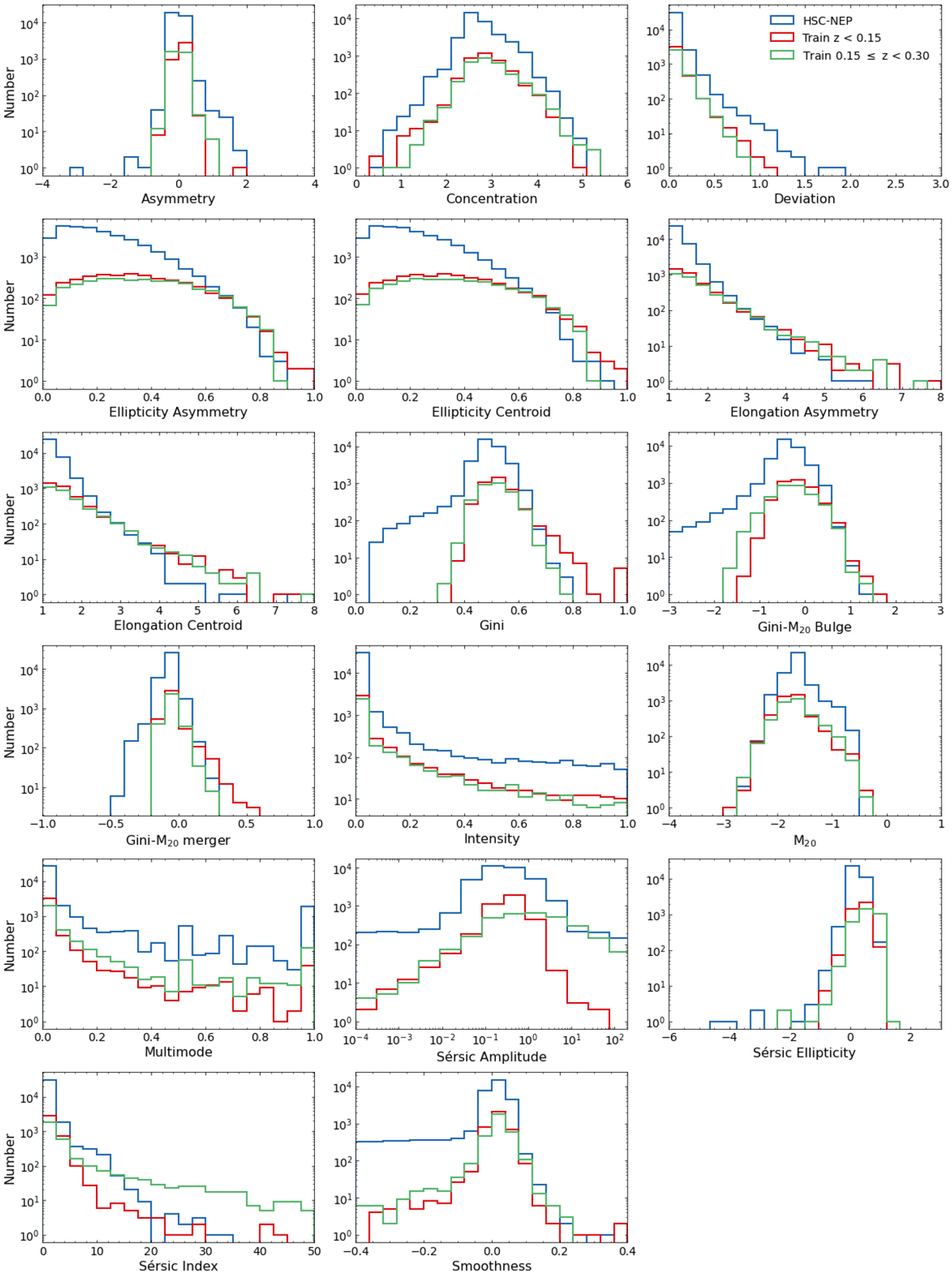