Cloud-cloud collision as origin of the G31.41+0.31 massive protocluster

The G31.41+0.31 (G31) hot molecular core (HMC) is a high-mass protocluster showing accelerated infall and rotational spin-up that is well studied at high-angular resolution. To complement the accurate view of the small scale in G31, we traced the kinematics of the large-scale material by carrying out N2H+ (1-0) observations with the Institute de Radioastronomie Millimétrique 30m telescope of an area of ∼6 × 6 arcmin2 around the HMC. The N2H+ observations have revealed a large-scale (5 pc) hub-filament system (HFS) composed of at least four filamentary arms and a NNE-SSW velocity gradient (∼0.4 km s−1 pc−1) between the northern and southern filaments. The linewidth increases toward the hub at the center of the HFS reaching values of 2.5-3 km s−1 in the central 1 pc. The origin of the large-scale velocity gradient is likely a cloud-cloud collision. In this scenario, the filaments in G31 would have formed by compression resulting from the collision, and the rotation of the HMC observed at scales of 1000 au would have been induced by shear caused by the cloud-cloud collision at scales of a few parsecs. We conclude that G31 represents a HFS in a compressed layer with an orthogonal orientation to the plane of the sky, and it represents a benchmark for the filaments-to-clusters paradigm of star formation. 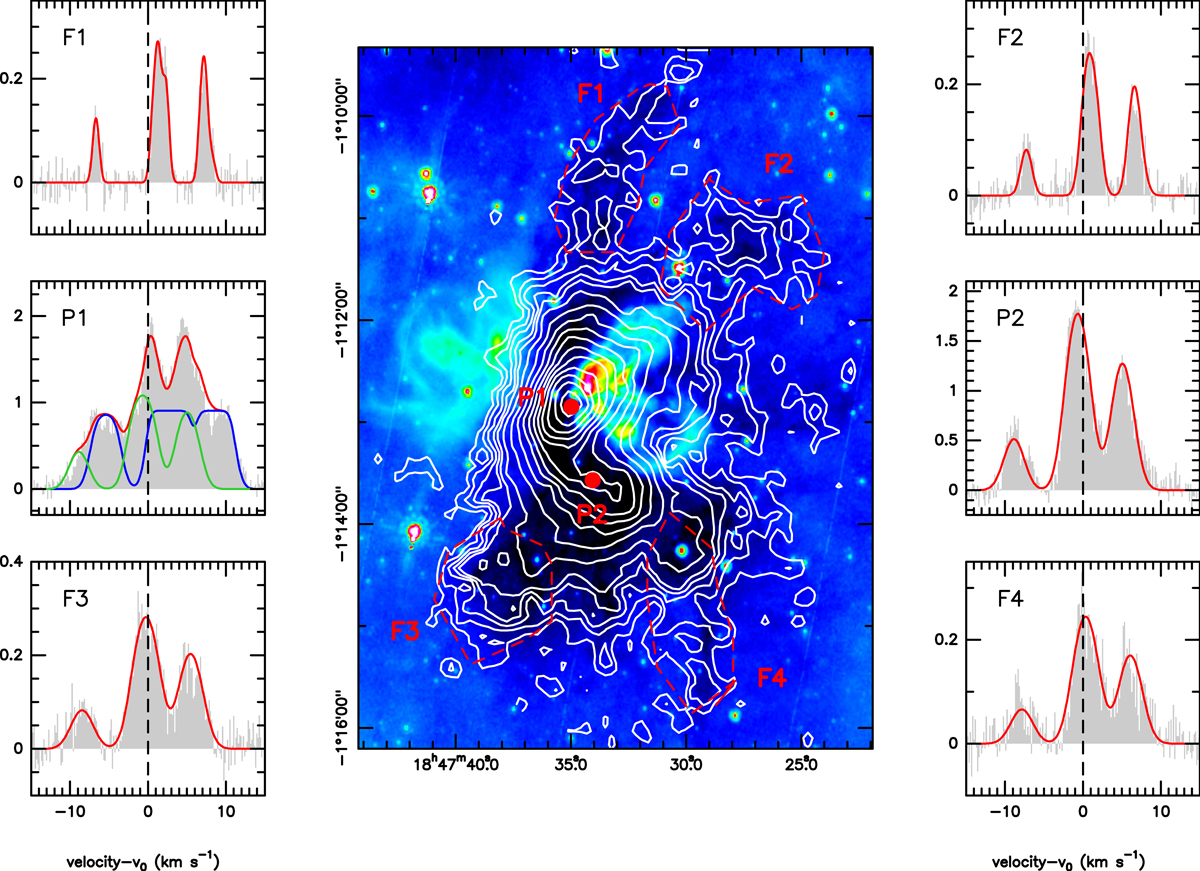