Context. The last decade has seen a revolution in our knowledge of the Galaxy thanks to the Gaia and asteroseismic space missions and the ground-based spectroscopic surveys.
Aims: To complete this picture, it is necessary to map the ages of its stellar populations. During recent years, the dependence on time of abundance ratios involving slow (s) neutron-capture and α elements (called chemical-clocks) has been used to provide estimates of stellar ages, usually in a limited volume close to the Sun. We aim to analyse the relations of chemical clocks in the Galactic disc extending the range to RGC ∼ 6-20 kpc.
Methods: Using the sixth internal data release of the Gaia-ESO survey, we calibrated several relations between stellar ages and abundance ratios [s/α] using a sample of open clusters, the largest one so far used with this aim (62 clusters). Thanks to their wide galactocentric coverage, we investigated the radial variations of the shape of these relations, confirming their non-universality.
Results: The multi-variate relations allowed us to infer stellar ages for field stars. We estimated our accuracy (ranging from 0.0 to −0.9 Gyr) and precision (from 0.4 to 2.3 Gyr) in recovering the global ages of open clusters, and the ages of their individual members. We applied the relations with the highest correlation coefficients to the field star population, finding an older population at lower metallicity and higher [α/Fe] in the thin disc, and a younger one at higher [Fe/H] and low [α/Fe], as expected. Conclusion. We confirm that there is no single age-chemical clock relationship valid for the whole disc, but that there is a dependence on the galactocentric position, which is related to the radial variation of the star formation history combined with the non-monotonic dependence on metallicity of the yields of the s-process elements from low- and intermediate-mass stars. Finally, the abundance ratios [Ba/α] are more sensitive to age than those with [Y/α] for young disc stars, and their slopes vary less with galactocentric distance. We remind the reader that the application of such relationships to field stars is only of statistical value. 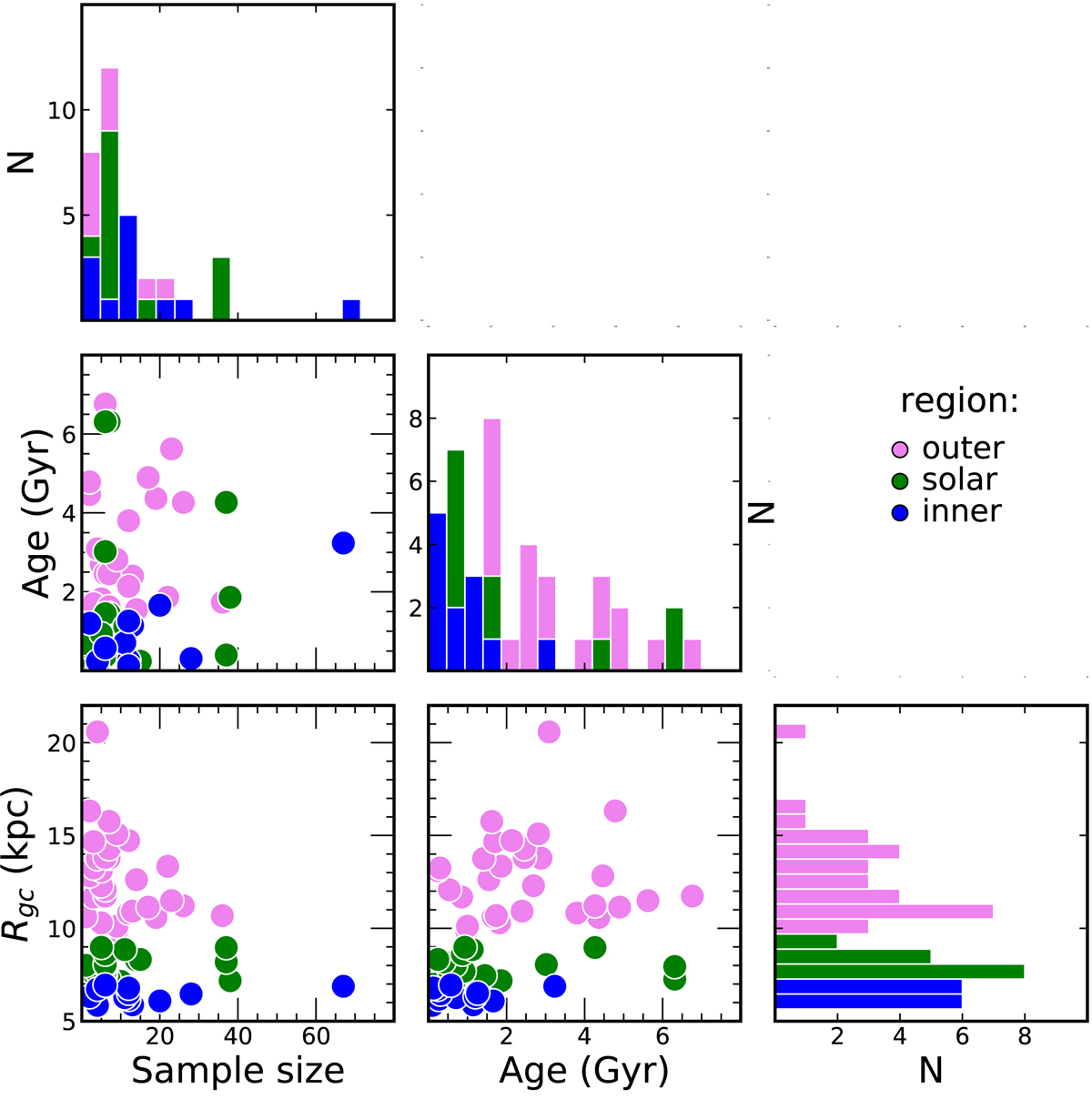