Context. The recent 230 GHz observations of the Event Horizon Telescope are able to image the innermost structure of M 87 and show a ring-like structure that agrees with thermal synchrotron emission generated in a torus surrounding a supermassive black hole. However, at lower frequencies, M 87 is characterised by a large-scale and edge-brightened jet with clear signatures of non-thermal emission. In order to bridge the gap between these scales and to provide a theoretical interpretation of these observations, we perform general relativistic magnetohydrodynamic simulations of accretion onto black holes and jet launching.
Aims: M 87 has been the target for multiple observations across the entire electromagnetic spectrum. Among these, very large baseline interferometry (VLBI) observations provide unique details of the collimation profile of the jet down to several gravitational radii. We aim to model the observed broad-band spectrum of M 87 from the radio to the near-IR regime and at the same time, fit the jet structure as observed with global millimeter-VLBI at 86 GHz.
Methods: We used general relativistic magnetohydrodynamics and simulated the accretion of the magnetised plasma onto Kerr black holes in 3D. The radiative signatures of these simulations were computed taking different electron distribution functions into account, and a detailed parameter survey was performed in order to match the observations.
Results: The results of our simulations show that magnetically arrested disks around fast-spinning black holes (a⋆ ≥ 0.5) together with a mixture of thermal and non-thermal particle distributions are able to simultaneously model the broad-band spectrum and the innermost jet structure of M 87. 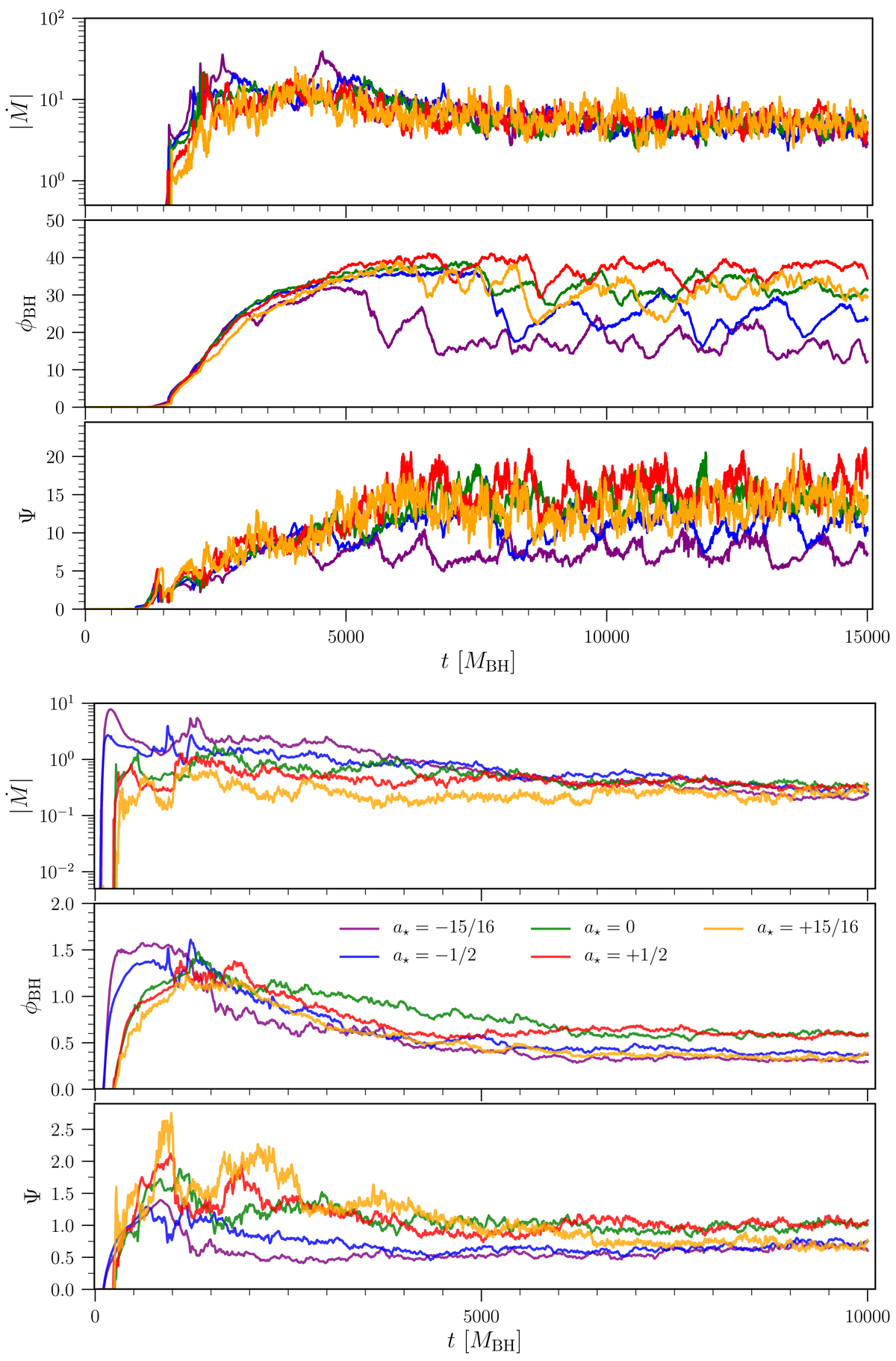