Context. Ultraluminous X-ray sources (LX ≳ ×1039 erg s−1, ULXs) are excellent probes for extreme accretion physics, star formation history in galaxies, and intermediate-mass black holes searches. As the sample size of X-ray data from modern observatories such as XMM-Newton and Chandra increases, producing extensive catalogues of ULXs and studying their collective properties has become both a possibility and a priority.
Aims: Our aim is to build a clean updated ULX catalogue based on one of the most recent XMM-Newton X-ray serendipitous survey data releases, 4XMM-DR9, and the most recent and exhaustive catalogue of nearby galaxies, HECATE. We performed a preliminary population study to test if the properties of the expanded XMM-Newton ULX population are consistent with previous findings.
Methods: We performed positional cross-matches between XMM-Newton sources and HECATE objects to identify host galaxies, and we used distance and luminosity arguments to identify ULX candidates. We flagged interlopers by finding known counterparts in external catalogues and databases such as Gaia DR2, SSDS, Pan-STARRS1, the NASA/IPAC Extragalactic Database, and SIMBAD. Source, galaxy and variability parameters from 4XMM-DR9, HECATE, and 4XMM-DR9s were used to study the spectral, abundance, and variability properties of the ULX sample.
Results: We identify 779 ULX candidates, 94 of which hold LX ≳ 5 × 1040 erg s−1. Spiral galaxies are more likely to host ULXs. For early spiral galaxies the number of ULX candidates per star-forming rate is consistent with previous studies, while a significant ULX population in elliptical and lenticular galaxies also exists. Candidates hosted by late-type galaxies tend to present harder spectra and to undergo more extreme inter-observation variability than those hosted by early-type galaxies. Approximately 30 candidates with LX > 1041 erg s−1 are also identified, constituting the most interesting candidates for intermediate-mass black hole searches.
Conclusions: We have built the largest ULX catalogue to date. Our results on the spectral and abundance properties of ULXs confirm the findings made by previous studies based on XMM-Newton and Chandra data, while our population-scale study on variability properties is unprecedented. Our study, however, provides limited insight into the properties of the brightest ULX candidates due to the small sample size. The expected growth of X-ray catalogues and potential future follow-ups will aid in drawing a clearer picture.

The catalogue is only available at the CDS via anonymous ftp to cdsarc.u-strasbg.fr (ftp://130.79.128.5) or via http://cdsarc.u-strasbg.fr/viz-bin/cat/J/A+A/659/A188 Based on observations obtained with XMM-Newton, an ESA science mission with instruments and contributions directly funded by ESA Member States and NASA. 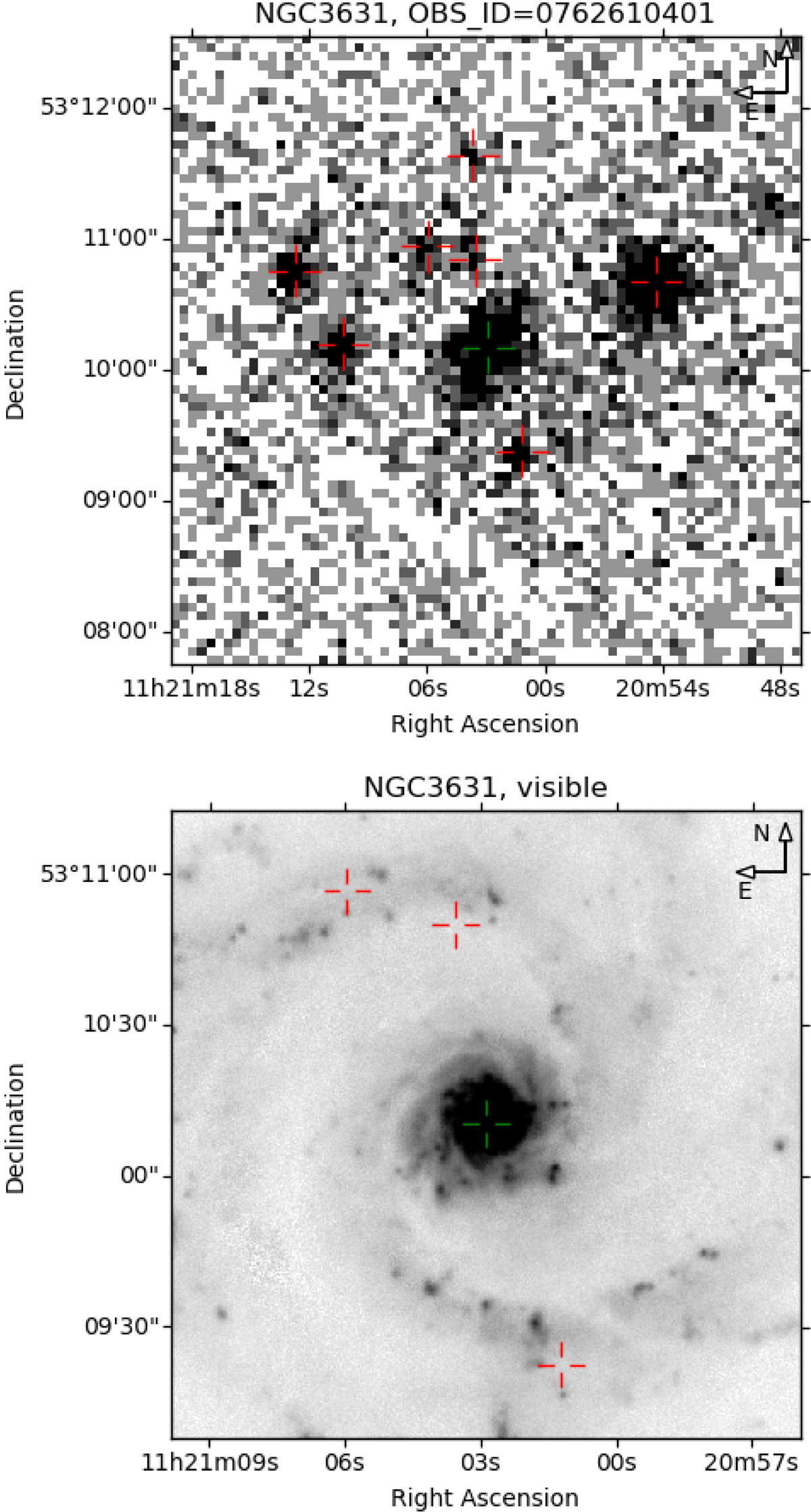