Numerical simulations of the great eruption of η Carinae from the 1840s. I. Revisiting the explosion scenario

In this work, we present new 2D hydrodynamical simulations of the major eruption of η Car in the 1840s, which resulted in the formation of a bipolar nebula that is commonly known as the large Homunculus. In our numerical models, we have included the high-speed component of 10 000 km s−1, which was detected in recent observations, providing direct evidence of an explosive event. Here, we investigate whether such a violent explosion is able to explain both the shape and the dynamical evolution of η Car's nebula. As in our previous work, we have assumed a two-stage scenario for η Car's eruption: a slow outflow phase for a few decades before the eruption, followed by the explosive event. From the collision of these outflow phases, the large Homunculus is produced. Our numerical simulations show that such a scenario does not resemble some of the observed physical features and the expansion of the nebula. Notwithstanding, we also explore other injection parameters (mass-loss rate and ejection velocity) for these outflow phases. In particular, we find that an explosion with an intermediate speed of 1000 km s−1 is able to reproduce the morphology and the kinematical age of the large Homunculus. 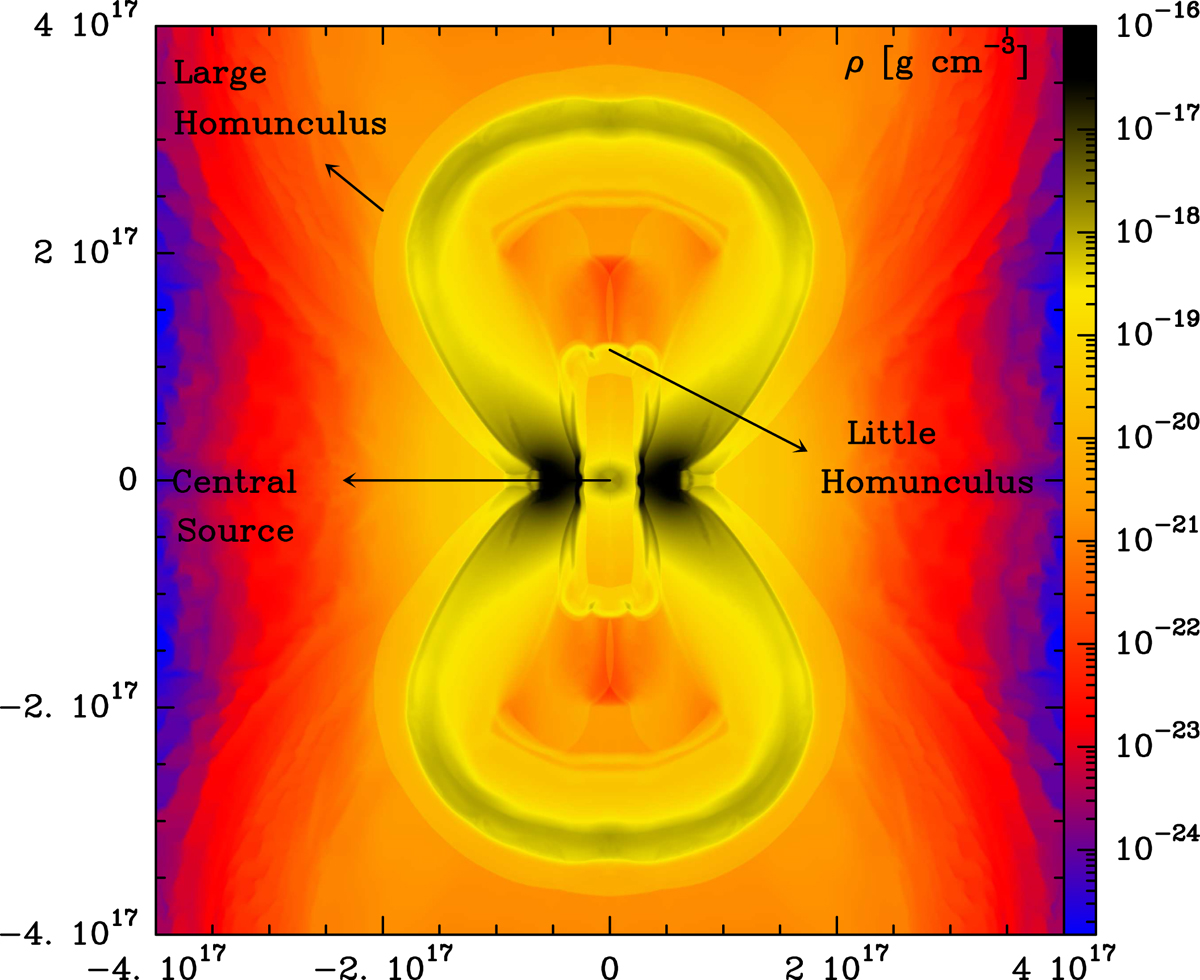