Context. The β Cephei pulsators are massive, ∼8−25 M⊙ essentially on the main sequence, stars. The number of detected modes in β Cephei stars often remains limited to less than a dozen of low radial-order modes. Such oscillation modes are in principle able to constrain the internal processes acting in the star. They probe the chemical gradient at the edge of the convective core, in particular its location and extension. They hence give constraints on macroscopic processes, such as hydrodynamic or magnetic instabilities, that have an impact on the mixing there. Yet, it is not clear to what extent the seismic inferences depend on the physics employed for the stellar modelling or on the observational dataset used. Consequently, it is not easy to estimate the accuracy and precision on the parameters and the nature of the physical processes inferred.
Aims: We investigate the observational constraints, in particular the properties of the minimum set of pulsations detected, which are necessary to provide accurate constraints on the mixing processes in β Cephei stars. We explore the importance of the identification of the angular degree of the modes. In addition, depending on the quality of the seismic dataset and the classical non-seismic constraints, we aim to estimate, in a systematic way, the precision achievable with asteroseismology on the determination of their stellar parameters.
Methods: We propose a method extending the forward approach classically used to model β Cephei stars. With the help of Monte-Carlo simulations, the probability distributions of the asteroseismic-derived stellar parameters were obtained. With these distributions, we provide a systemic way to estimate the errors derived from the modelling. A particular effort was made to include, not only the observational errors, but also the theoretical uncertainties of the models. We then estimated the accuracy and precision of asteroseismology for β Cephei stars in a series of hare and hound exercises.
Results: The results of the hare and hounds show that a set of four to five oscillation frequencies with an identified angular degree already leads to accurate inferences on the stellar parameters. Without the identification of the modes, the addition of other observational constraints, such as the effective temperature and surface gravity, still ensures the success of the seismic modelling. When the internal microscopic physics of the star and stellar models used for the modelling differ, the constraints derived on the internal structure remain valid if expressed in terms of acoustic variables, such as the radius. However, they are then hardly informative on structural variables expressed in mass. The characterisation of the mixing processes at the boundary of the convective core are model-dependent and it requires the use of models implemented with processes of a similar nature. 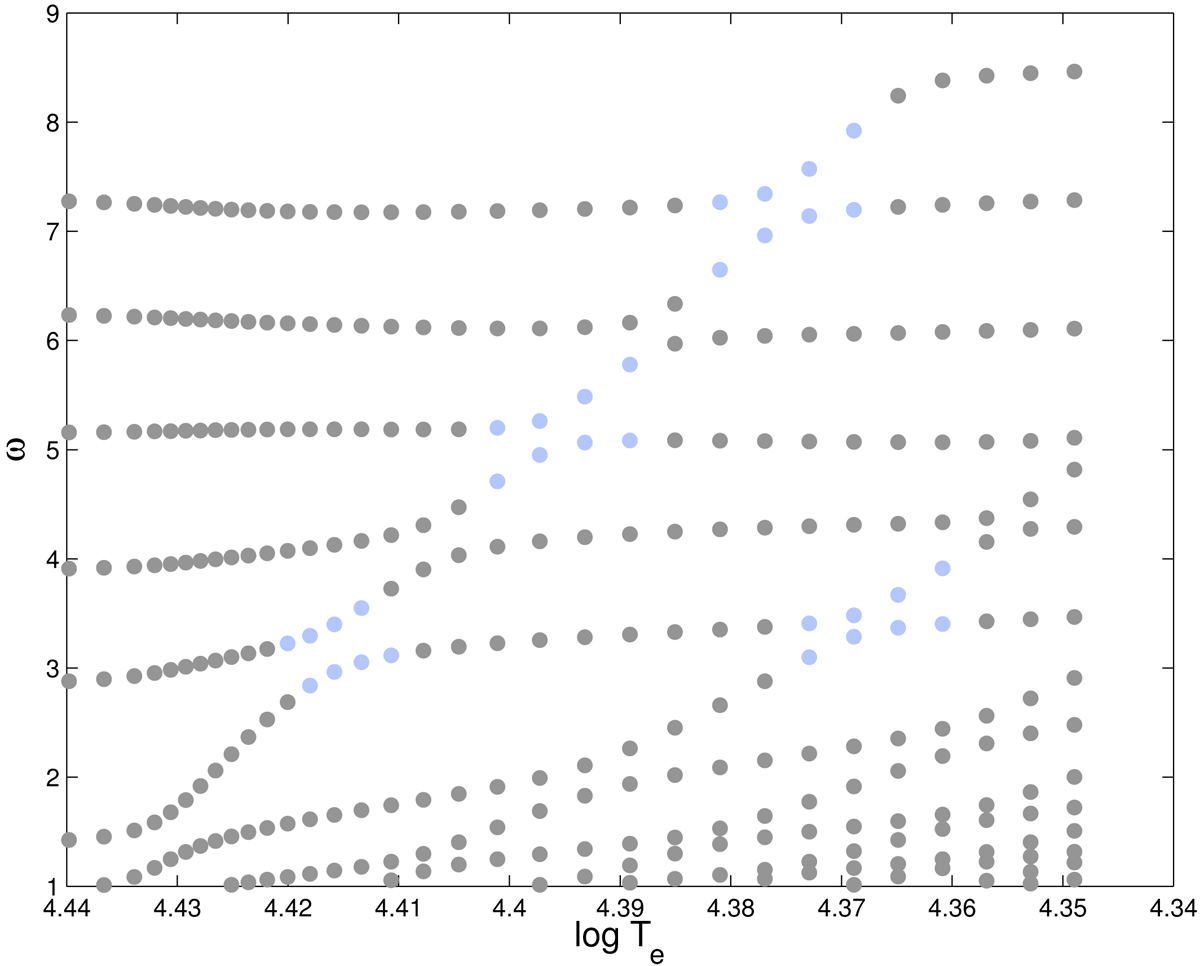