Context. Active galactic nuclei (AGN) are thought to be intimately connected with their host galaxies through feeding and feedback processes. A strong coupling is predicted and supported by cosmological simulations of galaxy formation, but the details of the physical mechanisms are still observationally unconstrained.
Aims: Galaxies are complex systems of stars and a multiphase interstellar medium (ISM). A spatially resolved multiwavelength survey is required to map the interaction of AGN with their host galaxies on different spatial scales and different phases of the ISM. The goal of the Close AGN Reference Survey (CARS) is to obtain the necessary spatially resolved multiwavelength observations for an unbiased sample of local unobscured luminous AGN.
Methods: We present the overall CARS survey design and the associated wide-field optical integral-field unit (IFU) spectroscopy for all 41 CARS targets at z < 0.06 randomly selected from the Hamburg/ESO survey of luminous unobscured AGN. This data set provides the backbone of the CARS survey and allows us to characterize host galaxy morphologies, AGN parameters, precise systemic redshifts, and ionized gas distributions including excitation conditions, kinematics, and metallicities in unprecedented detail.
Results: We focus our study on the size of the extended narrow-line region (ENLR) which has been traditionally connected to AGN luminosity. Given the large scatter in the ENLR size-luminosity relation, we performed a large parameter search to identify potentially more fundamental relations. Remarkably, we identified the strongest correlation between the maximum projected ENLR size and the black hole mass, consistent with an RENLR,max ∼ MBH0.5 relationship. We interpret the maximum ENLR size as a timescale indicator of a single black hole (BH) radiative-efficient accretion episode for which we inferred <log(tAGN/[yr])> = (0.45 ± 0.08)log(MBH/[M⊙]) + 1.78−0.67+0.54 using forward modeling. The extrapolation of our inferred relation toward higher BH masses is consistent with an independent lifetime estimate from the He II proximity zones around luminous AGN at z ∼ 3.
Conclusions: While our proposed link between the BH mass and AGN lifetime might be a secondary correlation itself or impacted by unknown biases, it has a few relevant implications if confirmed. For example, the famous AGN Eigenvector 1 parameter space may be partially explained by the range in AGN lifetimes. Also, the lack of observational evidence for negative AGN feedback on star formation can be explained by such timescale effects. Further observational tests are required to confirm or rule out our BH mass dependent AGN lifetime hypothesis. 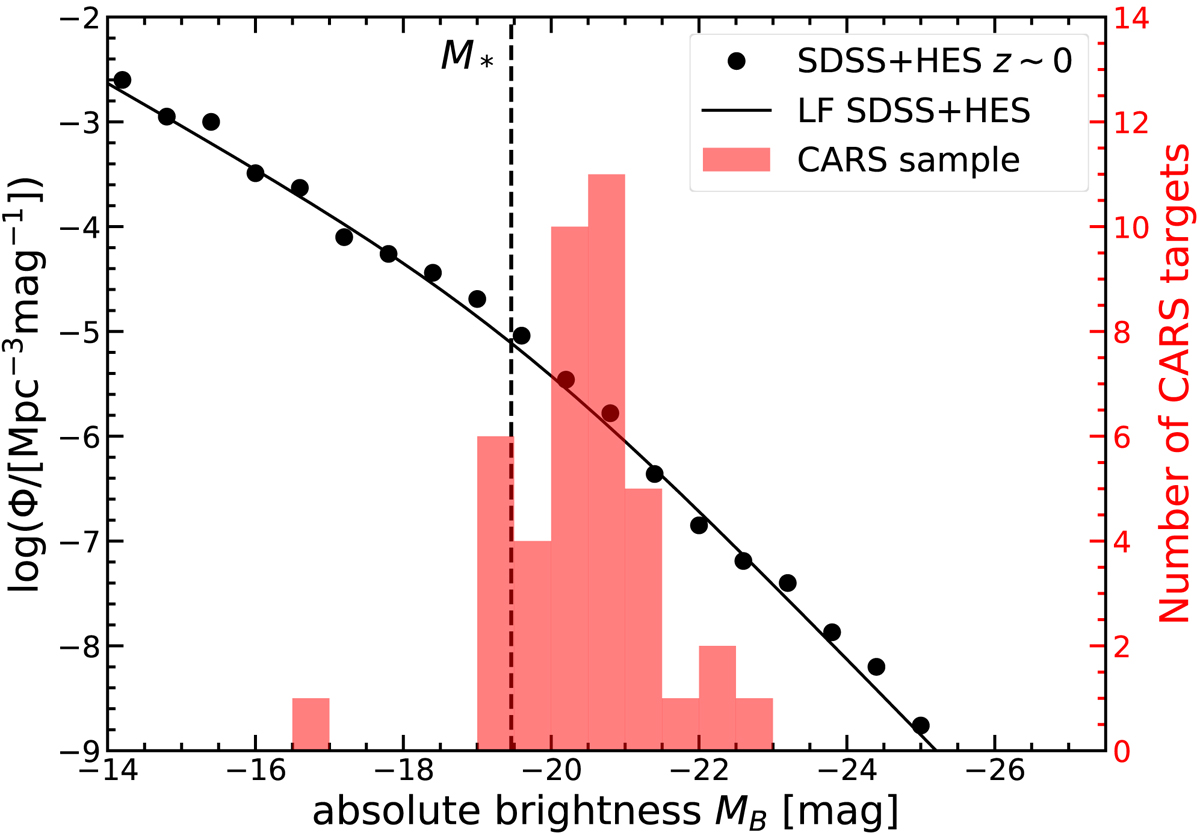