Context. The strong asymmetry in the optical [O III] λ5007 emission line is one of the best signatures of active galactic nuclei (AGN) driven warm (∼104 K) ionized gas outflows on host galaxy scales. While large spectroscopic surveys such as the sloan digital sky survey (SDSS) have characterized the kinematics of [O III] for large samples of AGN, estimating the associated energetics requires spatially resolving these outflows with, for example, integral field unit (IFU) studies.
Aims: As part of the Close AGN Reference Survey, we obtained spatially resolved IFU spectroscopy for a representative sample of 39 luminous type 1 AGN at 0.01 < z < 0.06 with the multi unit spectroscopic explorer and the visible multi object spectrograph IFUs at the very large telescope to infer the spatial location of the ionized gas outflows.
Methods: We compared the 2D light distributions of the [O III] wing to that of the Hβ broad emission line region, a classical point source (PSF). We then used the PSF to distinguish between the unresolved and resolved [O III] wing emission. We further determined its location using spectro-astrometry for the point-like sources.
Results: The [O III] wing is spatially unresolved in 23 out of the 36 AGN with > 80% of the flux associated with a point-like source. We measured < 100 pc offsets in the spatial location of the outflow from the AGN nucleus using the spectro-astrometry technique for these sources. For the other 13 AGN, the [O III] wing emission is resolved and possibly extended on several kiloparsec scales.
Conclusions: We conclude that [O III] wing emission can be compact or extended in an unbiased luminous AGN sample, where both cases are likely to appear. Electron density in the compact [O III] wing regions (median ne ∼ 1900 cm−3) is nearly a magnitude higher than in the extended ones (median ne ∼ 500 cm−3). The presence of spatially extended and compact [O III] wing emission is unrelated to the AGN bolometric luminosity and to inclination effects, which means other features such as time delays, or mechanical feedback (radio jets) may shape the ionized gas outflow properties. 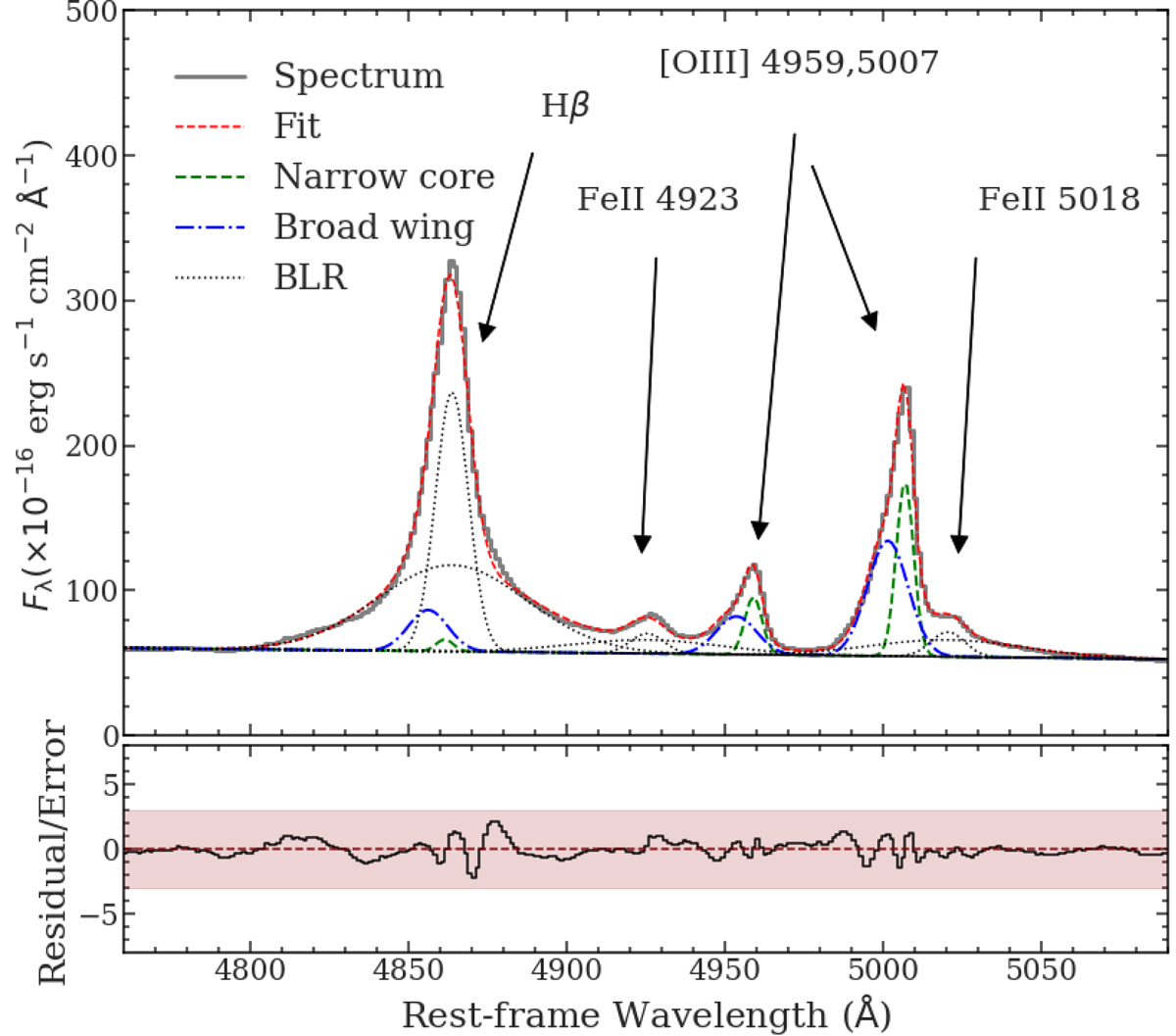