Context. Plasma loops or plumes rooted in sunspot umbrae often harbor downflows with speeds of 100 km s−1. These downflows are supersonic at transition region temperatures of ∼0.1 MK. The source of these flows is not well understood.
Aims: We aim to investigate the source of sunspot supersonic downflows (SSDs) in active region 12740 using simultaneous spectroscopic and imaging observations.
Methods: We identified SSD events from multiple raster scans of a sunspot by the Interface Region Imaging Spectrograph, and we calculated the electron densities, mass fluxes, and velocities of these SSDs. The extreme-ultraviolet (EUV) images provided by the Atmospheric Imaging Assembly onboard the Solar Dynamics Observatory and the EUV Imager onboard the Solar Terrestrial Relations Observatory were employed to investigate the origin of these SSDs and their associated coronal rain.
Results: Almost all the identified SSDs appear at the footpoints of sunspot plumes and are temporally associated with the appearance of chromospheric bright dots inside the sunspot umbra. Dual-perspective EUV imaging observations reveal a large-scale closed magnetic loop system spanning the sunspot region and a remote region. We observed that the SSDs are caused by repeated coronal rain that forms and flows along these closed magnetic loops toward the sunspot. One episode of coronal rain clearly indicates that reconnection near a coronal X-shaped structure first leads to the formation of a magnetic dip. Subsequently, hot coronal plasma catastrophically cools from ∼2 MK in the dip region via thermal instability. This results in the formation of a transient prominence in the dip, from which the cool gas mostly slides into the sunspot along inclined magnetic fields under the gravity. This drainage process manifests as a continuous rain flow, which lasts for ∼2 h and concurrently results in a nearly steady SSD event. The total mass of condensation (1.3 × 1014 g) and condensation rate (1.5 × 1010 g s−1) in the dip region were found to be sufficient to sustain this long-lived SSD event, which has a mass transport rate of 0.7 − 1.2 × 1010 g s−1.
Conclusions: Our results demonstrate that coronal condensation in magnetic dips can result in the quasi-steady sunspot supersonic downflows. 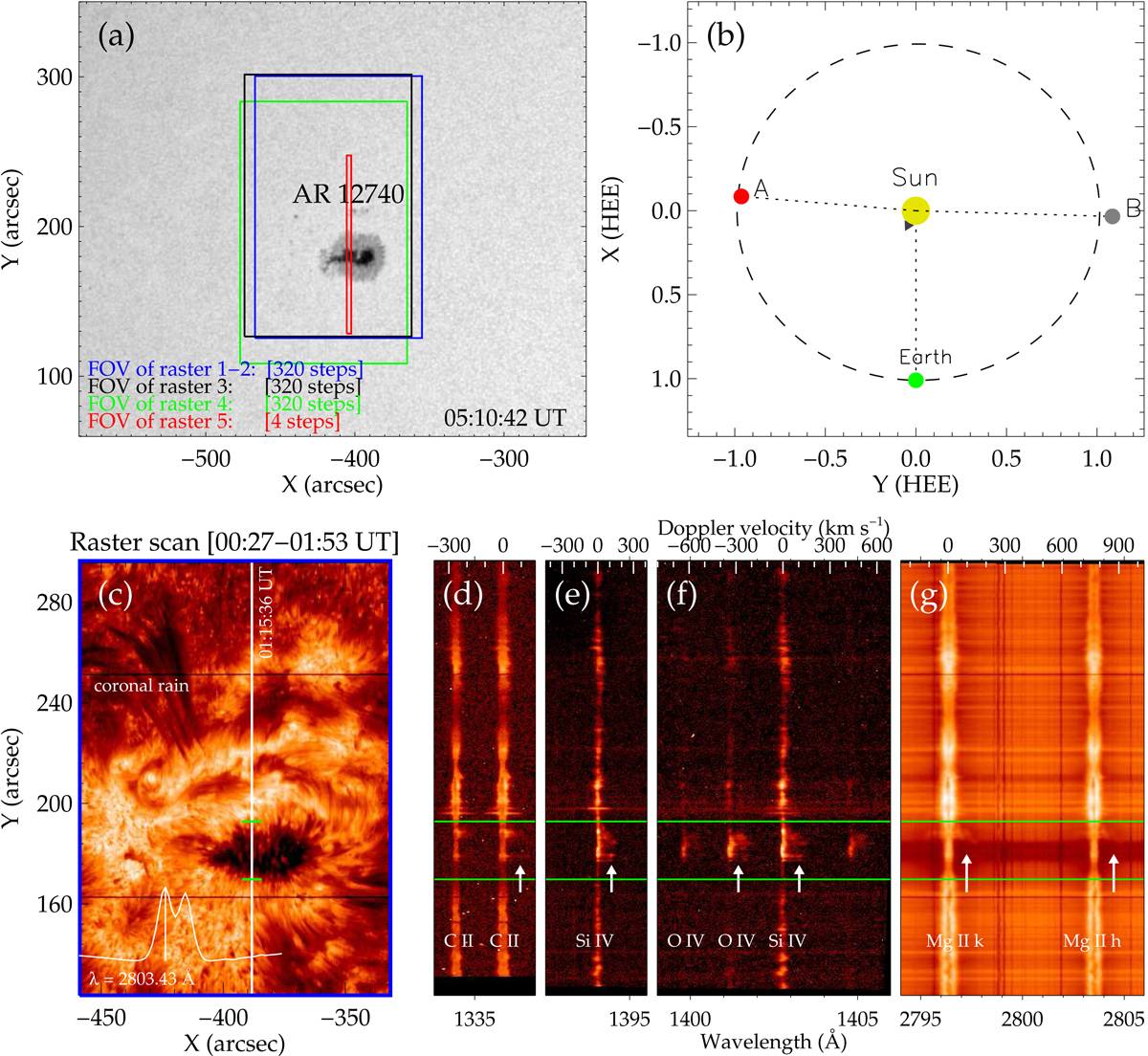