A formation mechanism for the large plumes in the prominence


Aims: To understand the formation mechanism of large plumes in solar prominences, we investigate the formation process of two such phenomena.
Methods: We studied the dynamic and thermal properties of two large plumes using observations from New Vacuum Solar Telescope, the Solar Dynamic Observatory, and the Solar Terrestrial Relations Observatory-Ahead. We employed the differential emission measures method to diagnose the thermodynamical nature of the bubble and plumes. We calculated the Doppler signals based on observations of Hα blue and red wings.
Results: We find that two large plumes observed with high-resolution data are quite different from previously studied small-scale plumes. They are born at the top of a prominence bubble with a large projected area of 10−20 Mm2. Before the occurrence of each large plume, the bubble expands and takes on a quasi-semicircular appearance. Meanwhile, the emission intensity of extreme-ultra-violet bands increases in the bubble. A small-scale filament is found to erupt in the bubble during the second large plume. At the point at which the height of the bubble is comparable with half the width of the bubble, the bubble becomes unstable and generates the plumes. During the formation of plumes, two side edges of the top of the bubble, which are dominated by opposite Doppler signals, approach each other. The large plume then emerges and keeps rising up with a constant speed of about 13−15 km s−1. These two large plumes have temperatures of ∼1.3 × 106 K and densities of ∼2.0 × 109 cm−3, two orders hotter and one order less dense than the typical prominence. We also find that the bubble is a hot, low-density volume instead of a void region beneath the cold and dense prominence.
Conclusions: These two large plumes are the result of the breakup of the prominence bubble triggered by an enhancement of thermal pressure; they separate from the bubble, most likely by magnetic reconnection.

Animations are available at https://www.aanda.org 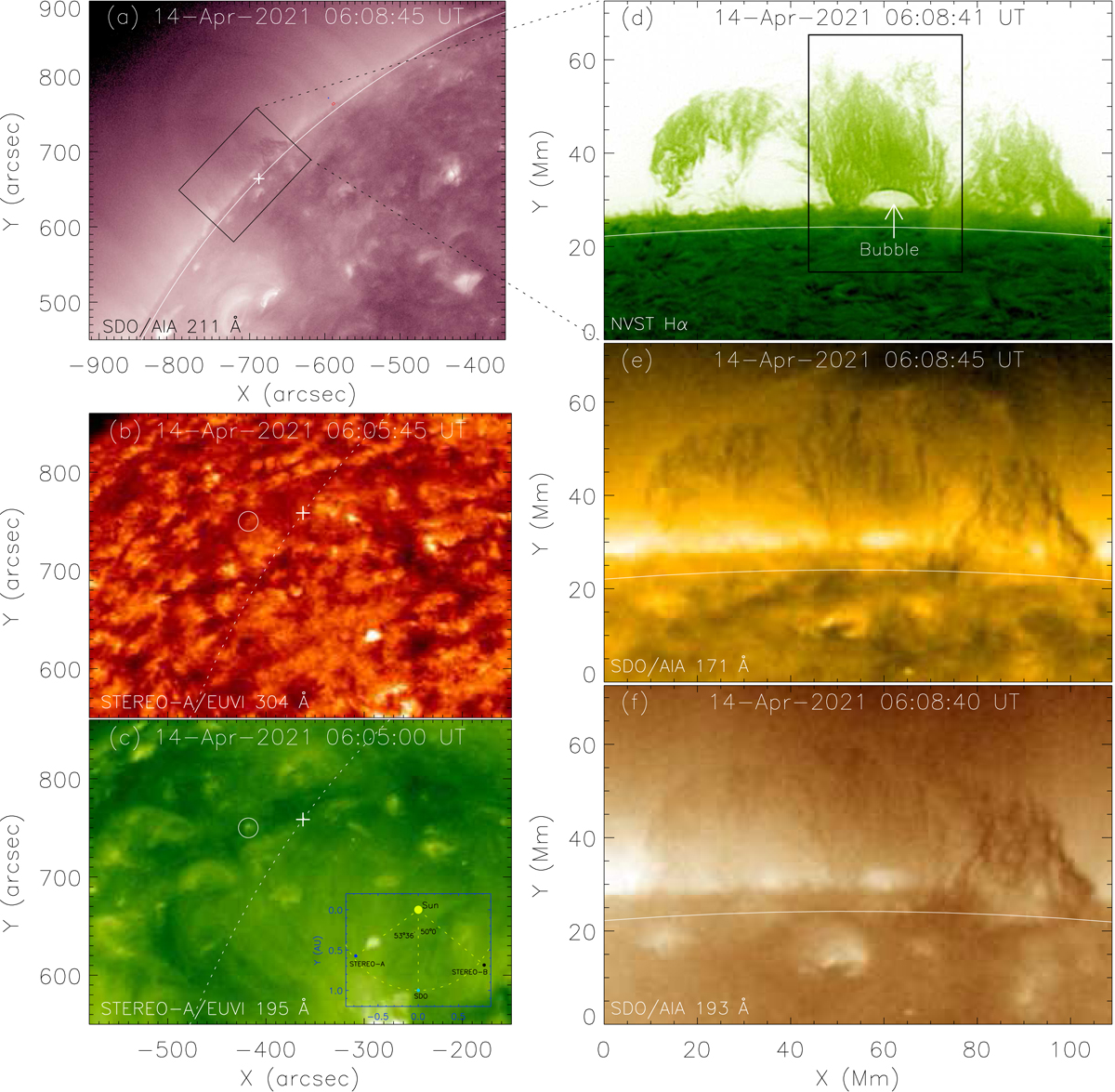