Context. The light curves of magnetic, chemically peculiar stars typically show periodic variability due to surface spots that in most cases can be modeled by low-order harmonic expansion. However, high-precision satellite photometry reveals tiny complex features in the light curves of some of these stars that are difficult to explain as caused by a surface phenomenon under reasonable assumptions. These features might originate from light extinction in corotating magnetospheric clouds supported by a complex magnetic field dominated by higher-order multipoles.
Aims: We aim to understand the photometric signatures of corotating magnetospheres that are governed by higher-order multipoles.
Methods: We determined the location of magnetospheric clouds from the minima of the effective potential along the magnetic field lines for different orders of multipoles and their combination. From the derived magnetospheric density distribution, we calculated light curves accounting for absorption and subsequent emission of light.
Results: For axisymmetric multipoles, the rigidly rotating magnetosphere model is able to explain the observed tiny features in the light curves only when the higher-order multipoles dominate the magnetic field not only at the stellar surface, but even at the Kepler radius. However, even a relatively weak nonaxisymmetric component leads to warping of equilibrium surfaces. This introduces structures that can explain the tiny features observed in the light curves of chemically peculiar stars. The light emission contributes to the light variability only if a significant fraction of light is absorbed in the magnetosphere. 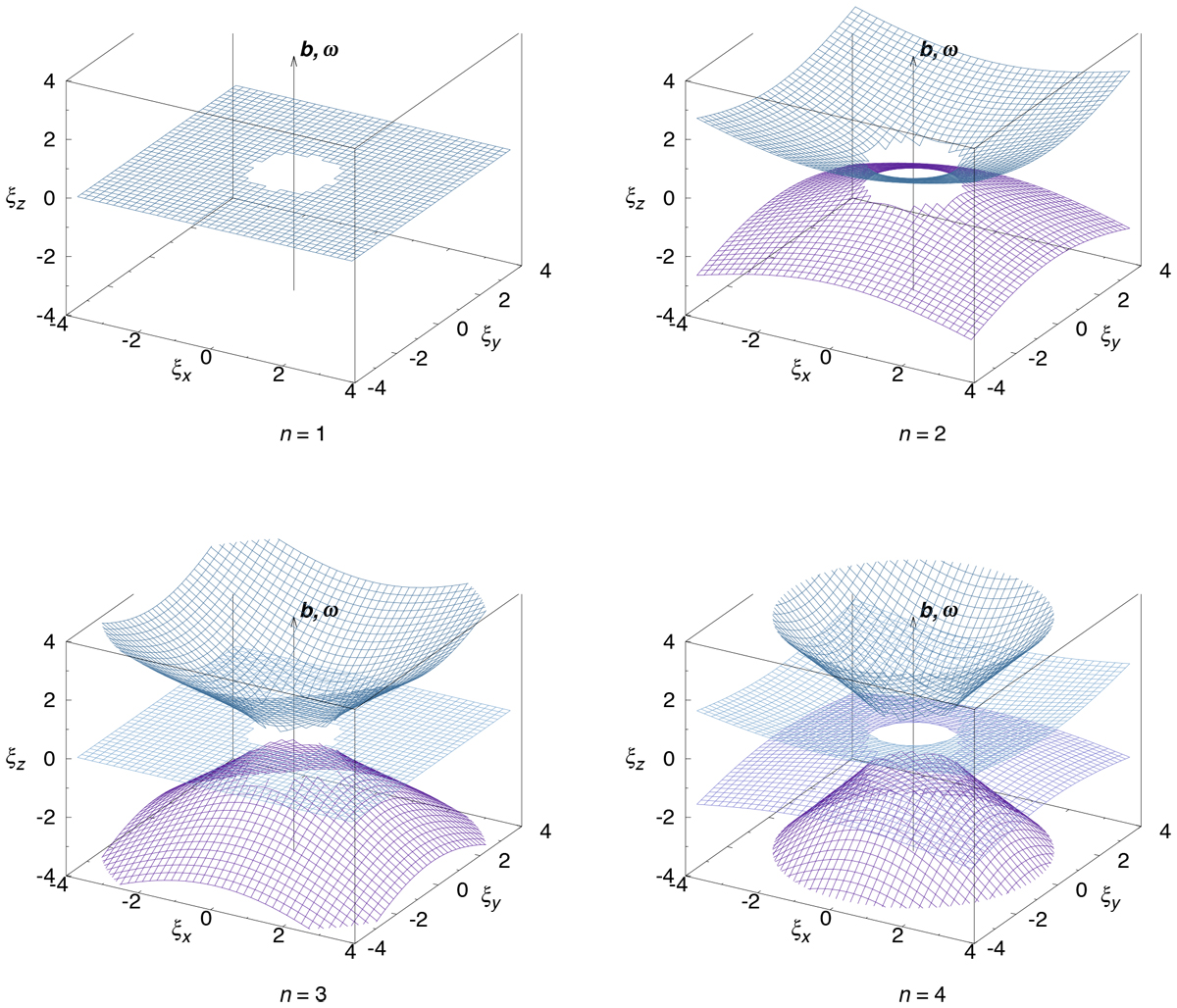