Fundamental physics with ESPRESSO: Precise limit on variations in the fine-structure constant towards the bright quasar HE 0515−4414

The strong intervening absorption system at redshift 1.15 towards the very bright quasar HE 0515−4414 is the most studied absorber for measuring possible cosmological variations in the fine-structure constant, α. We observed HE 0515−4414 for 16.1 h with the Very Large Telescope and present here the first constraint on relative variations in α with parts-per-million (ppm) precision from the new ESPRESSO spectrograph: Δα/α = 1.3 ± 1.3stat ± 0.4sys ppm. The statistical uncertainty (1σ) is similar to the ensemble precision of previous large samples of absorbers and derives from the high signal-to-noise ratio achieved (≈105 per 0.4 km s−1 pixel). ESPRESSO's design, and the calibration of our observations with its laser frequency comb, effectively removed wavelength calibration errors from our measurement. The high resolving power of our ESPRESSO spectrum (R = 145 000) enabled the identification of very narrow components within the absorption profile, allowing a more robust analysis of Δα/α. The evidence for the narrow components is corroborated by their correspondence with previously detected molecular hydrogen and neutral carbon. The main remaining systematic errors arise from ambiguities in the absorption profile modelling, effects from redispersing the individual quasar exposures, and convergence of the parameter estimation algorithm. All analyses of the spectrum, including systematic error estimates, were initially blinded to avoid human biases. We make our reduced ESPRESSO spectrum of HE 0515−4414 publicly available for further analysis. Combining our ESPRESSO result with 28 measurements, from other spectrographs, in which wavelength calibration errors have been mitigated yields a weighted mean Δα/α = −0.5 ± 0.5stat ± 0.4sys ppm at redshifts 0.6−2.4. 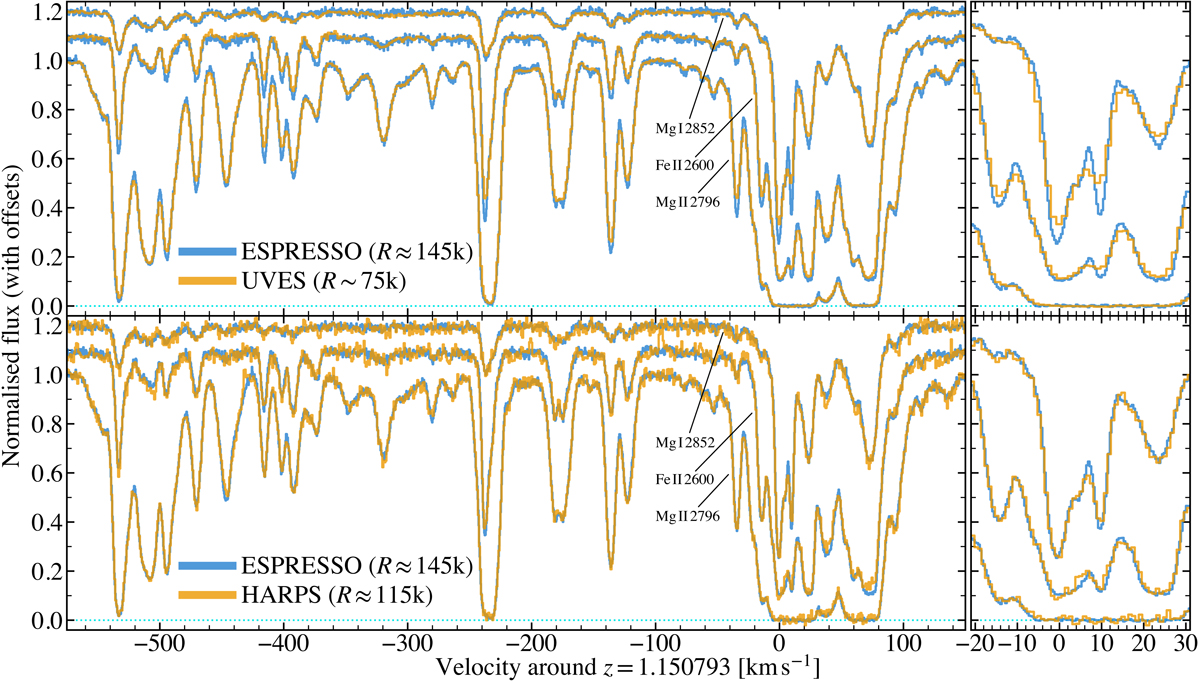