There is growing evidence of the role of hub-filament systems (HFS) in the formation of stars from low to high masses. As of today, however, the detailed structures of these systems are still not well described. Here we study the Mon R2 star-forming region, which has a rich network of filaments joining in a star cluster forming hub, and aim to understand the hub structure and to examine the mass fraction residing in the hub and in the filaments, which is a key factor that influences massive star formation. We conducted a multi-scale, multi-component analysis of the Herschel column density maps (resolution of 18.2'' or ~0.07 pc at 830 pc) of the region using a newly developed algorithm getsf to identify the structural components, namely, extended cloud, filaments, and sources. We find that cascades of lower column density filaments coalesce to form higher-density filaments eventually merging inside the hub (0.8 pc radius). As opposed to the previous view of the hub as a massive clump with ~1 pc radius, we find it to be a network of short high-density filaments. We analyse the orientations and mass per unit length (M∕L) of the filaments as a function of distance from the hub centre. The filaments are radially aligned towards the centre of the hub. The total mass reservoir in the Mon R2 HFS (5 pc × 5 pc) is split between filaments (54%), an extended cloud (37%), and sources (9%). The M∕L of filaments increases from ~10 M⊙ pc−1 at 1.5 pc from the hub to ~100 M⊙ pc−1 at its centre, while the number of filaments per annulus of 0.2 pc width decreases from 20 to two in the same range. The observed radial column density structure of the HFS (filament component only) displays a power-law dependence of NH2 ∝ r−2.17 up to a radius of ~2.5 pc from the central hub, resembling a global collapse of the HFS. We present a scenario where the HFS can be supported by magnetic fields which interact, merge, and reorganise themselves as the filaments coalesce. We plotted the plane-of-the-sky magnetic field line geometry using archival Planck data to support our scenario. In the new view of the hub as a network of high-density filaments, we suggest that only the stars located in the network can benefit from the longitudinal flows of gas to become massive, which may explain the reason for the formation of many low-mass stars in cluster centres. We show the correlation of massive stars in the region to the intertwined network-like hub, based on which we updated the implications of the filaments to clusters (F2C) model for massive star formation. 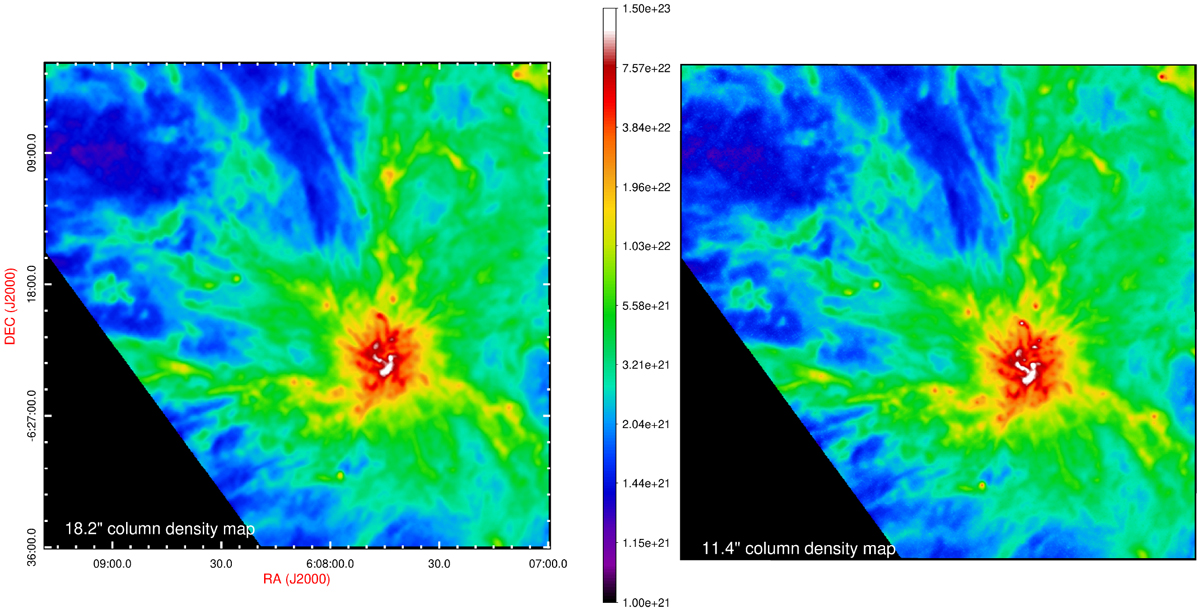