Context. Prominence threads are very long and thin flux tubes that are partially filled with cold plasma. Observations have shown that transverse oscillations are frequent in these solar structures. The observations are usually interpreted as the fundamental kink mode, while the detection of the first harmonic remains elusive.
Aims: The properties of oscillations in threads are greatly affected by the density distribution along the flux tube. Here, we aim to study how the density inhomogeneities in the longitudinal and radial directions modify the periods and damping times of kink oscillations and how this effect would be reflected in the observations.
Methods: We solved the ideal magnetohydrodynamics equations using two different methods: (a) performing 3D numerical simulations and (b) solving a 2D generalised eigenvalue problem. We studied the dependence of the periods, damping times, and amplitudes of transverse kink oscillations on the ratio between the densities at the centre and at the ends of the tube, and also on the average density. We applied forward modelling to our 3D simulations to compute synthetic Hα profiles.
Results: We confirm that the ratio of the period of the fundamental oscillation mode to the period of the first harmonic increases as the ratio of the central density to the footpoint density is increased, or as the averaged density of the tube is decreased. We find that the damping times due to resonant absorption decrease as the central-to-footpoint density ratio increases. Contrary to the case of longitudinally homogeneous tubes, we find that the damping-time-to-period ratio also increases as the density ratio is increased or the average density is reduced. We present snapshots and time-distance diagrams of the emission in the Hα line.
Conclusions: The results presented here have implications for the field of prominence seismology. While the Hα emission can be used to detect the fundamental mode, the first harmonic is barely detectable in Hα. This may explain the lack of detections of the first harmonic. A combination of different spectral lines is required to obtain information about the period ratio and to use it to infer physical properties of the threads.

Movies associated to Figs. 11-14 are available at https://www.aanda.org 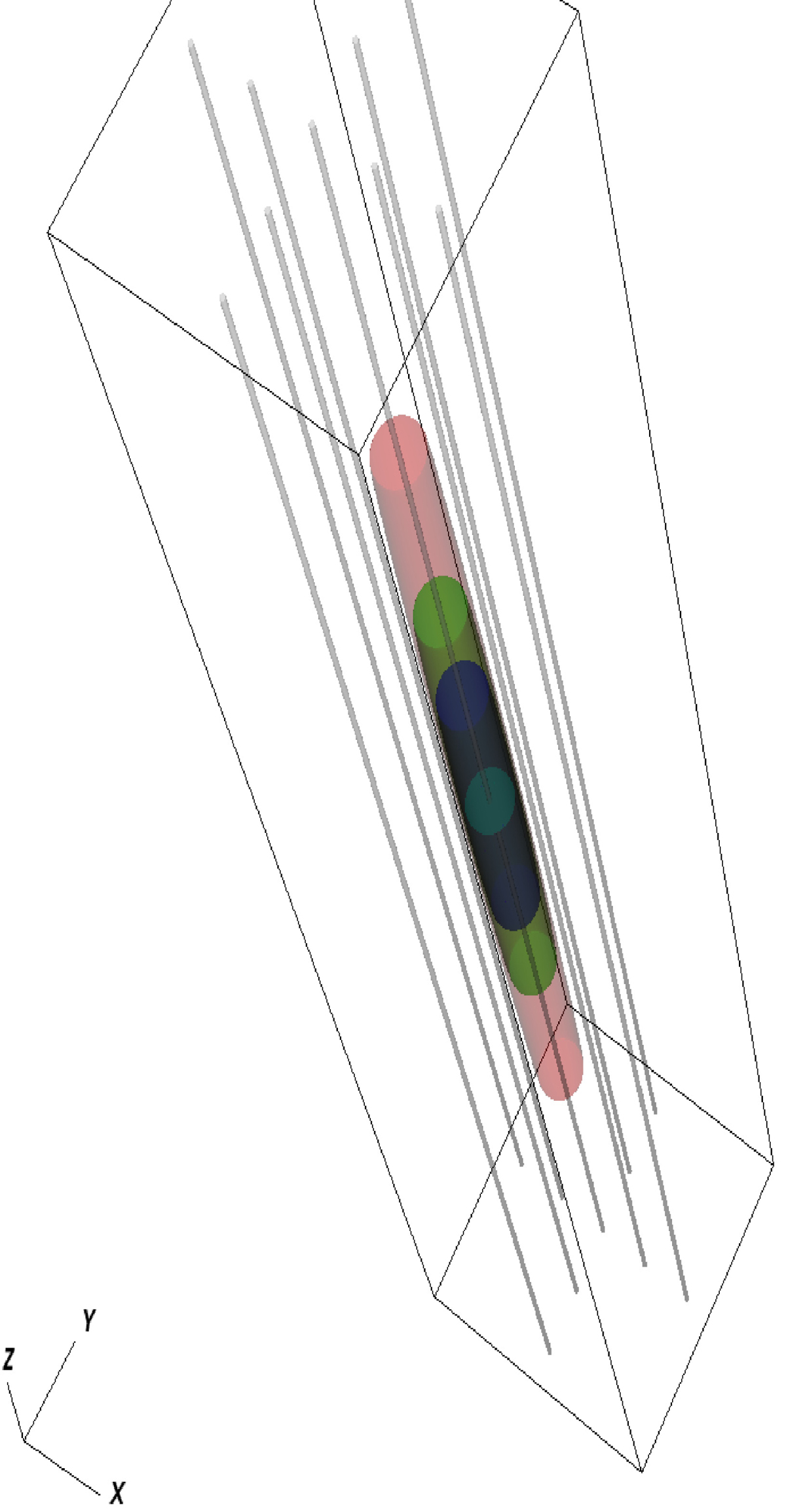