Context. NGC 1851 is one of several globular clusters for which multiple stellar populations of the subgiant branch have been clearly identified and a difference in metallicity detected. A crucial piece of information on the formation history of this cluster can be provided by the sum of A(C+N+O) abundances. However, these values have lacked a general consensus thus far. The separation of the subgiant branch can be based on age and/or A(C+N+O) abundance differences.
Aims: Our main aim was to determine carbon, nitrogen, and oxygen abundances for evolved giants in the globular cluster NGC 1851 in order to check whether or not the double populations of stars are coeval.
Methods: High-resolution spectra, observed with the FLAMES-UVES spectrograph on the ESO VLT telescope, were analysed using a differential model atmosphere method. Abundances of carbon were derived using spectral synthesis of the C2 band heads at 5135 and 5635.5 Å. The wavelength interval 6470−6490 Å, with CN features, was analysed to determine nitrogen abundances. Oxygen abundances were determined from the [O I] line at 6300 Å. Abundances of other chemical elements were determined from equivalent widths or spectral syntheses of unblended spectral lines.
Results: We provide abundances of up to 29 chemical elements for a sample of 45 giants in NGC 1851. The investigated stars can be separated into two populations with a difference of 0.07 dex in the mean metallicity, 0.3 dex in the mean C/N, and 0.35 dex in the mean s-process dominated element-to-iron abundance ratios [s/Fe]. No significant difference was determined in the mean values of A(C+N+O) as well as in abundance to iron ratios of carbon, α- and iron-peak-elements, and of europium.
Conclusions: As the averaged A(C+N+O) values between the two populations do not differ, additional evidence is given that NGC 1851 is composed of two clusters, the metal-rich cluster being by about 0.6 Gyr older than the metal-poor one. A global overview of NGC 1851 properties and the detailed abundances of chemical elements favour its formation in a dwarf spheroidal galaxy that was accreted by the Milky Way.

Based on data products from observations made with ESO Telescopes at the La Silla Paranal Observatory under programme ID 188.B-3002 (The Gaia-ESO Public Spectroscopic Survey, PIs G. Gilmore and S. Randich). Full Table 3 is only available at the CDS via anonymous ftp to cdsarc.u-strasbg.fr (ftp://130.79.128.5) or via http://cdsarc.u-strasbg.fr/viz-bin/cat/J/A+A/658/A80 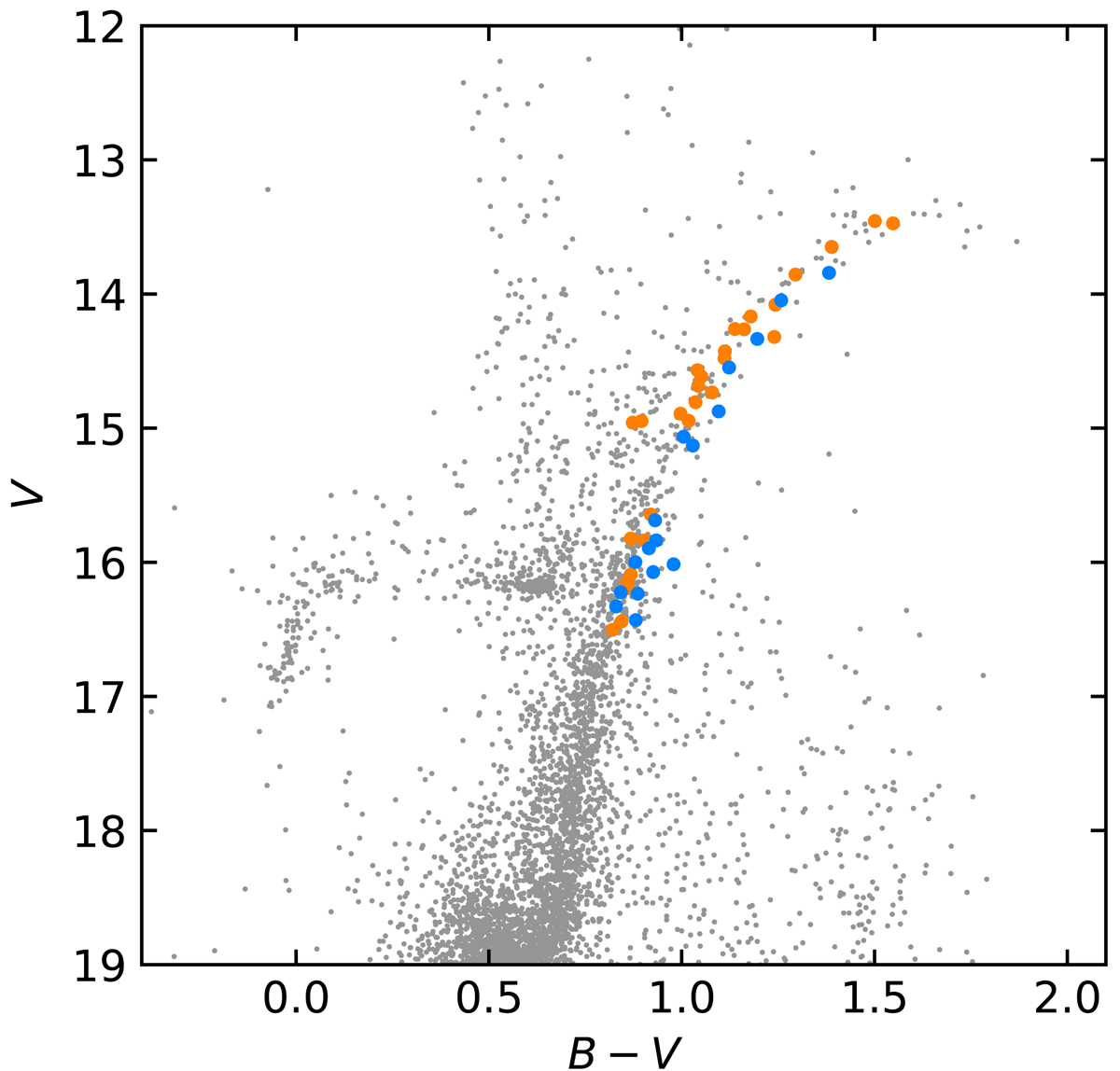