Context. Observations of the star EPIC 220208795 (2MASS J01105556+0018507) reveal a single, deep and asymmetric eclipse, which we hypothesise is due to an eclipsing companion surrounded by a tilted and inclined opaque disk, similar to those seen around V928 Tau and EPIC 204376071.
Aims: We aim to derive physical parameters of the disk and orbital parameters for the companion around the primary star.
Methods: The modelling is carried out using a modified version of the python package pyPplusS, and optimisation is done using emcee. The period analysis makes use of photometry from ground-based surveys, where we performed a period folding search for other possible eclipses by the disk. Parameters obtained by the best model fits are used to obtain the parameter space of the orbital parameters, while the most likely period obtained is used to constrain these parameters.
Results: The best model has an opaque disk with a radius of 1.14 ± 0.03 R⊙, an impact parameter of 0.61 ± 0.02 R⊙, an inclination of 77.01° ± 0.03°, a tilt of 36.81° ± 0.05°, and a transverse velocity of 77.45 ± 0.05 km s−1. The two most likely periods are ~290 days and ~236 days, corresponding to an eccentricity of ~0.7, allowing us to make predictions for the epochs of the next eclipses. All models with tilted and inclined disks result in a minimum derived eccentricity of 0.3, which in combination with the two other known small transiting disk candidates V928 Tau and EPIC 204376071, suggest that there may be a common origin for their eccentric orbits. 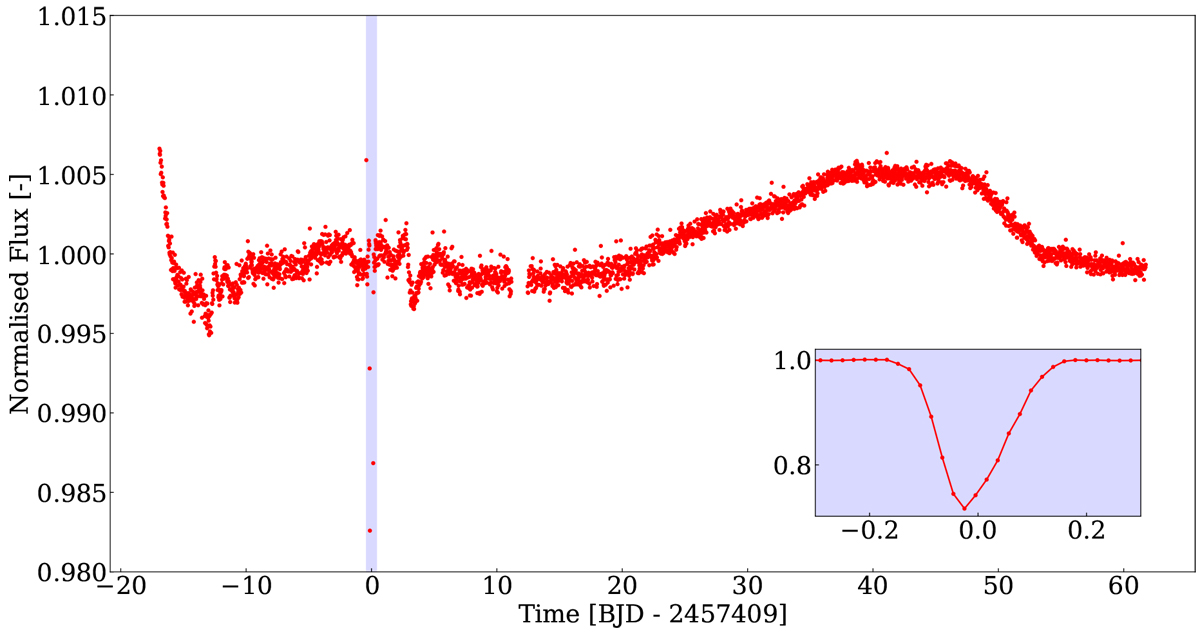