Deep images of the Galactic center with GRAVITY

Stellar orbits at the Galactic Center provide a very clean probe of the gravitational potential of the supermassive black hole. They can be studied with unique precision, beyond the confusion limit of a single telescope, with the near-infrared interferometer GRAVITY. Imaging is essential to search the field for faint, unknown stars on short orbits which potentially could constrain the black hole spin. Furthermore, it provides the starting point for astrometric fitting to derive highly accurate stellar positions. Here, we present GR, a new imaging tool specifically designed for Galactic Center observations with GRAVITY. The algorithm is based on a Bayesian interpretation of the imaging problem, formulated in the framework of information field theory and building upon existing works in radio-interferometric imaging. Its application to GRAVITY observations from 2021 yields the deepest images to date of the Galactic Center on scales of a few milliarcseconds. The images reveal the complicated source structure within the central 100 mas around Sgr A*, where we detected the stars S29 and S55 and confirm S62 on its trajectory, slowly approaching Sgr A*. Furthermore, we were able to detect S38, S42, S60, and S63 in a series of exposures for which we offset the fiber from Sgr A*. We provide an update on the orbits of all aforementioned stars. In addition to these known sources, the images also reveal a faint star moving to the west at a high angular velocity. We cannot find any coincidence with any known source and, thus, we refer to the new star as S300. From the flux ratio with S29, we estimate its K-band magnitude as mK(S300) ≃ 19.0 − 19.3. Images obtained with CLEAN confirm the detection. To assess the sensitivity of our images, we note that fiber damping reduces the apparent magnitude of S300 and the effect increases throughout the year as the star moves away from the field center. Furthermore, we performed a series of source injection tests. Under favorable circumstances, sources well below a magnitude of 20 can be recovered, while 19.7 is considered the more universal limit for a good data set. 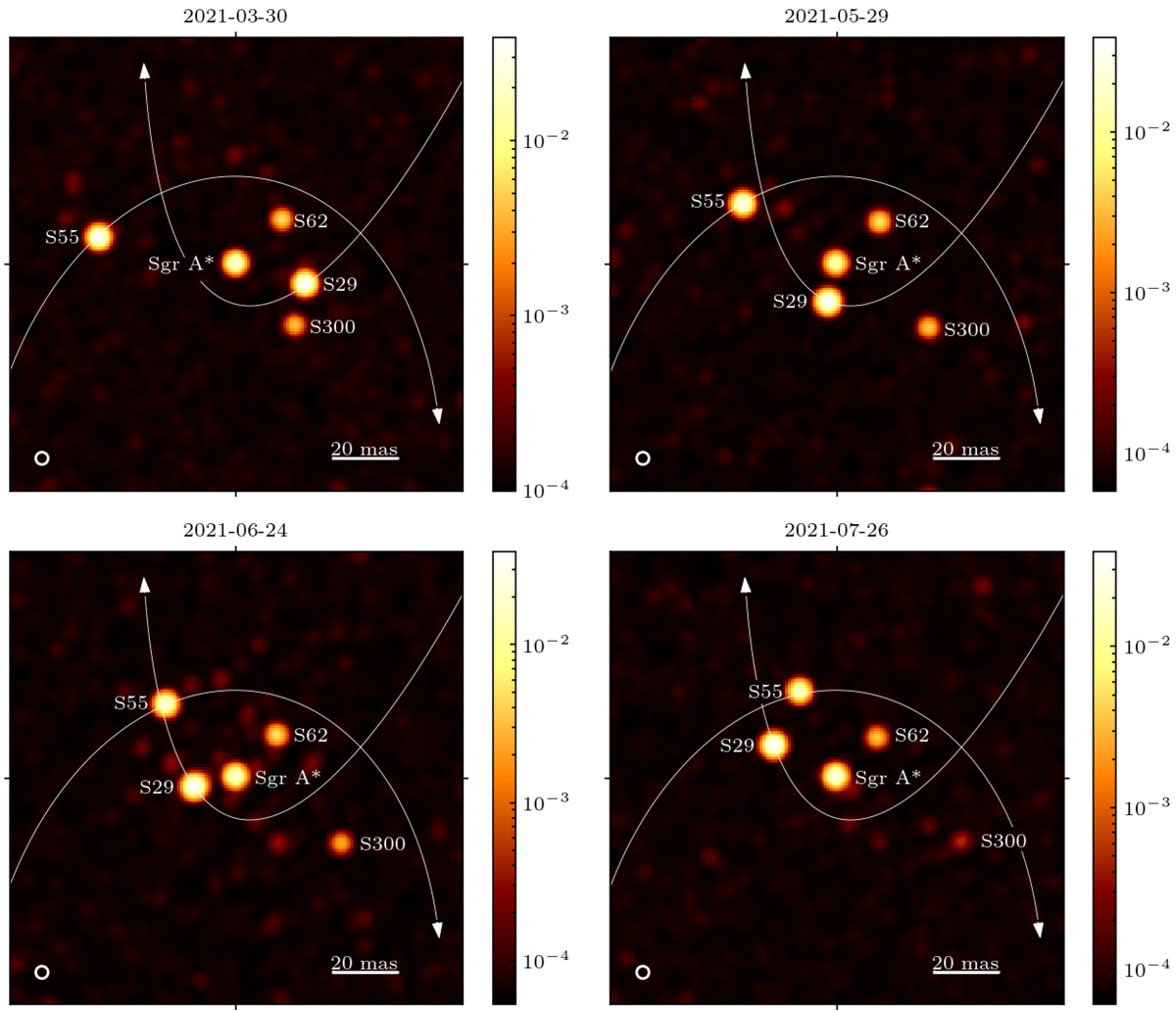