The HD 137496 system: A dense, hot super-Mercury and a cold Jupiter

Context. Most of the currently known planets are small worlds with radii between that of the Earth and that of Neptune. The characterization of planets in this regime shows a large diversity in compositions and system architectures, with distributions hinting at a multitude of formation and evolution scenarios. However, many planetary populations, such as high-density planets, are significantly under-sampled, limiting our understanding of planet formation and evolution.
Aims: NCORES is a large observing program conducted on the HARPS high-resolution spectrograph that aims to confirm the planetary status and to measure the masses of small transiting planetary candidates detected by transit photometry surveys in order to constrain their internal composition.
Methods: Using photometry from the K2 satellite and radial velocities measured with the HARPS and CORALIE spectrographs, we searched for planets around the bright (Vmag = 10) and slightly evolved Sun-like star HD 137496.
Results: We precisely estimated the stellar parameters, M* = 1.035 ± 0.022 M⊙, R* = 1.587 ± 0.028 R⊙, Teff = 5799 ± 61 K, together with the chemical composition (e.g. [Fe/H] = −0.027 ± 0.040 dex) of the slightly evolved star. We detect two planets orbiting HD 137496. The inner planet, HD 137496 b, is a super-Mercury (an Earth-sized planet with the density of Mercury) with a mass of Mb = 4.04 ± 0.55 M⊕, a radius of Rb = 1.31−0.05+0.06 R⊕, and a density of ρb = 10.49−1.82+2.08 g cm-3. With an interior modeling analysis, we find that the planet is composed mainly of iron, with the core representing over 70% of the planet's mass (Mcore / Mtotal = 0.73−0.12+0.11). The outer planet, HD 137496 c, is an eccentric (e = 0.477 ± 0.004), long period (P = 479.9−1.1+1.0 days) giant planet (Mc sinic = 7.66 ± 0.11 MJup) for which we do not detect a transit.
Conclusions: HD 137496 b is one of the few super-Mercuries detected to date. The accurate characterization reported here enhances its role as a key target to better understand the formation and evolution of planetary systems. The detection of an eccentric long period giant companion also reinforces the link between the presence of small transiting inner planets and long period gas giants. 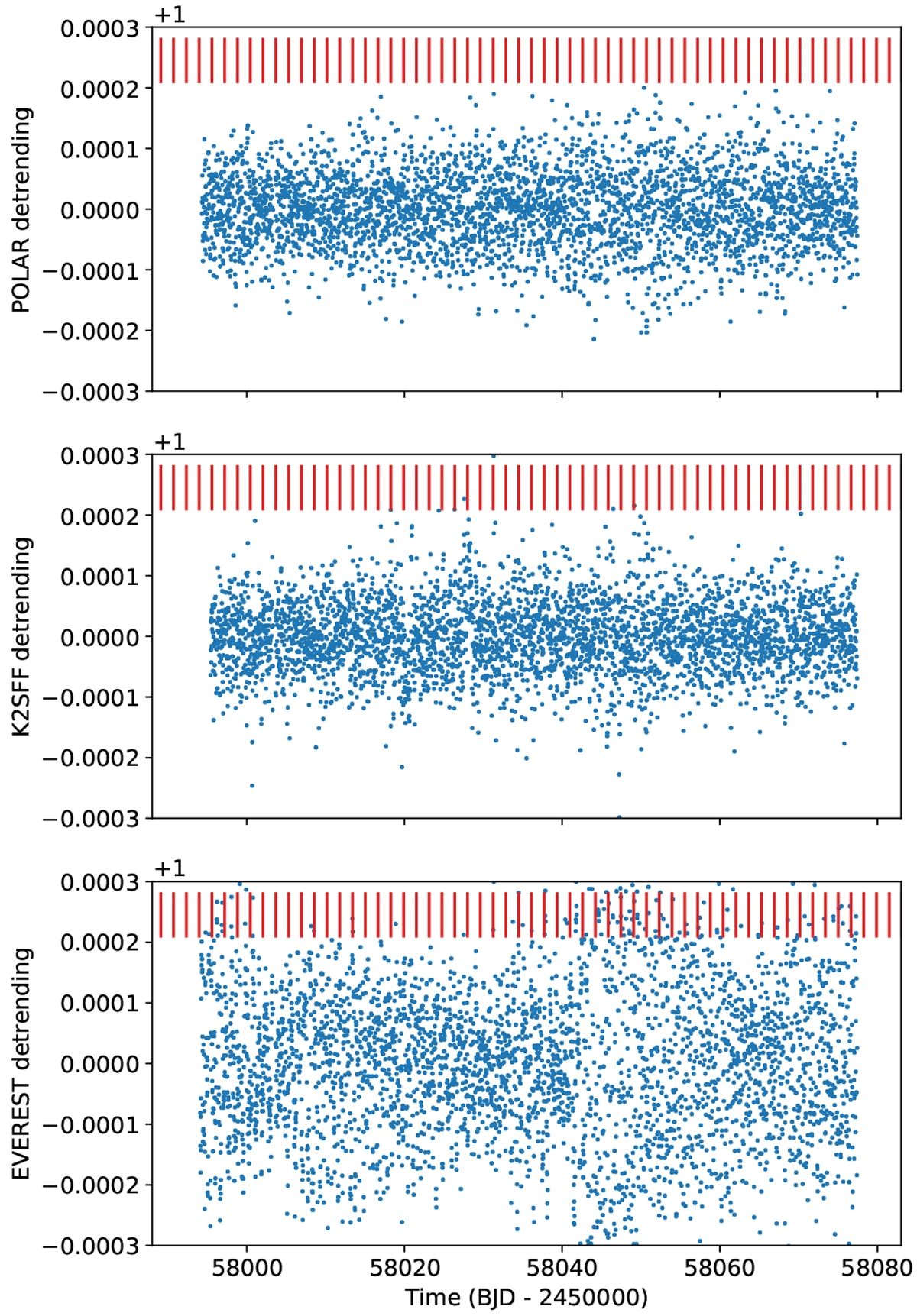