KIC 7955301 is a hierarchical triple system with clear eclipse timing and depth variations that was discovered by the Kepler satellite during its original mission. It is composed of a non-eclipsing primary star at the bottom of the red giant branch (RGB) on a 209-day orbit with a K/G-type main-sequence (MS) inner eclipsing binary (EB), orbiting in 15.3 days. This system was noted for the large amplitude of its eclipse timing variations (ETVs, over 4 h), and the detection of clear solar-like oscillations of the red-giant (RG) component, including p-modes of degree up to l = 3 and mixed l = 1 modes. The system is a single-lined spectroscopic triple, meaning that only spectral lines from the RG are detected. We performed a dynamical model by combining the 4-year-long Kepler photometric data, ETVs, and radial-velocity data obtained with the high-resolution spectrometers ARCES, of the 3.5 m ARC telescope at Apache Point observatory, and SOPHIE, of the 1.93 m telescope at Haute-Provence Observatory. The "dynamical" mass of the RG component was determined with a 2% precision at 1.30−0.02+0.03 M⊙. We performed asteroseismic modeling based on the global seismic parameters and on the individual frequencies. Both methods provide an estimate of the mass of the RG that matches the dynamical mass within the uncertainties. Asteroseismology also revealed the rotation rate of the core (≈15 days), the envelope (∼150 days), and the inclination (∼75°) of the RG. Three different approaches led to an estimation of the age between 3.3 and 5.8 Gyr, which highlights the difficulty of determining stellar ages despite the exceptional wealth of information available for this system. On short timescales, the inner binary exhibits eclipses with varying depths during a 7.3-year long interval, and no eclipses during the consecutive 11.9 years. This is why Kepler could detect its eclipses but TESS cannot, and the future ESA PLATO mission should detect these. In the long term, the system appears to be stable and owes its evolution to the evolution of its individual components. This triple system could end its current smooth evolution by merging by the end of the RGB of the primary star because the periastron distance is ≈142 R⊙, which is close to the expected radius of the RG at the tip of the RGB. 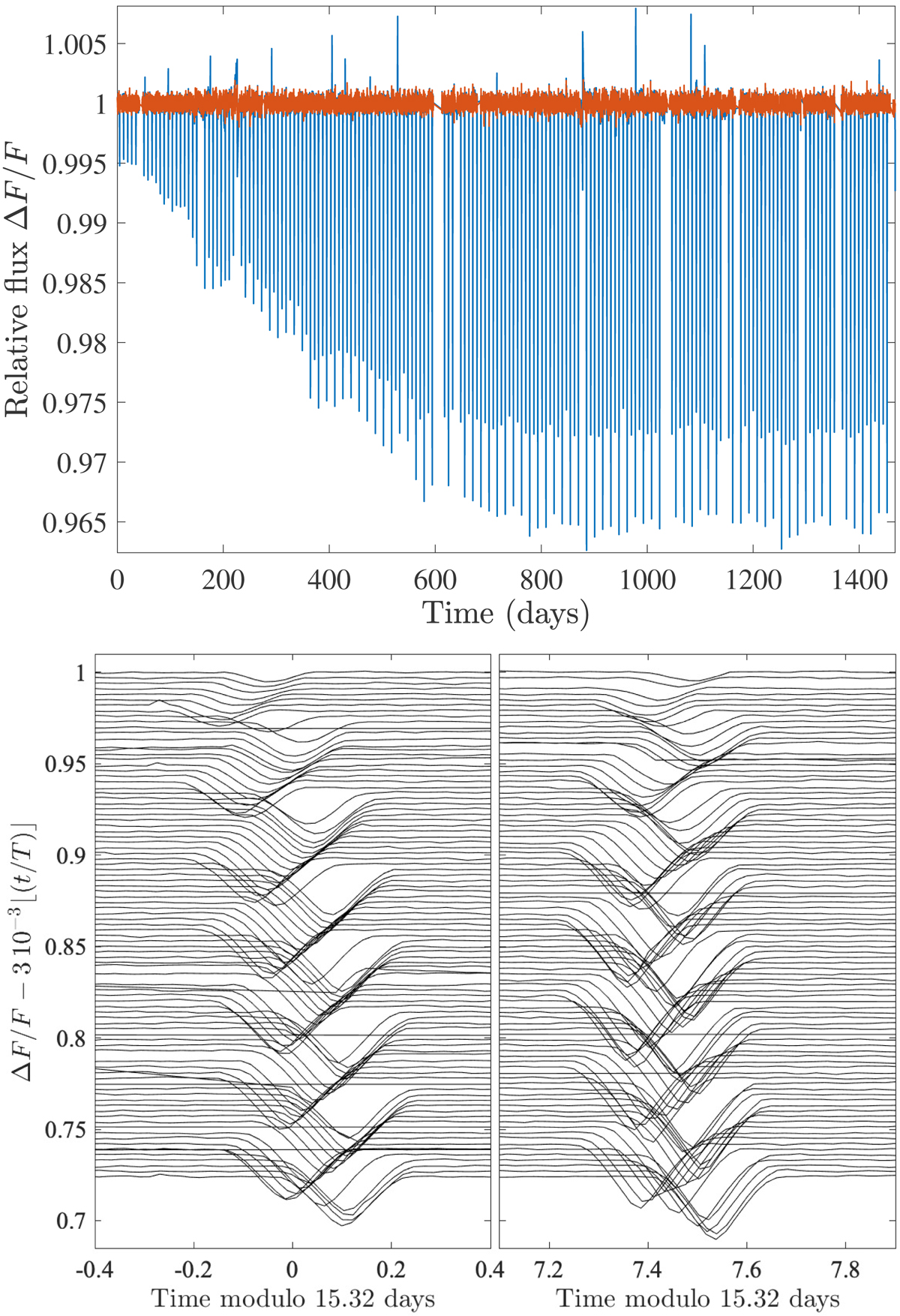