Context. In the age of JWST, temperate terrestrial exoplanets transiting nearby late-type M dwarfs provide unique opportunities for characterising their atmospheres, as well as searching for biosignature gases. In this context, the benchmark TRAPPIST-1 planetary system has garnered the interest of a broad scientific community.
Aims: We report here the discovery and validation of two temperate super-Earths transiting LP 890-9 (TOI-4306, SPECULOOS-2), a relatively low-activity nearby (32 pc) M6V star. The inner planet, LP 890-9 b, was first detected by TESS (and identified as TOI-4306.01) based on four sectors of data. Intensive photometric monitoring of the system with the SPECULOOS Southern Observatory then led to the discovery of a second outer transiting planet, LP 890-9 c (also identified as SPECULOOS-2 c), previously undetected by TESS. The orbital period of this second planet was later confirmed by MuSCAT3 follow-up observations.
Methods: We first inferred the properties of the host star by analyzing its Lick/Kast optical and IRTF/SpeX near-infrared spectra, as well as its broadband spectral energy distribution, and Gaia parallax. We then derived the properties of the two planets by modelling multi-colour transit photometry from TESS, SPECULOOS-South, MuSCAT3, ExTrA, TRAPPIST-South, and SAINT-EX. Archival imaging, Gemini-South/Zorro high-resolution imaging, and Subaru/IRD radial velocities also support our planetary interpretation.
Results: With a mass of 0.118 ± 0.002 M⊙, a radius of 0.1556 ± 0.0086 R⊙, and an effective temperature of 2850 ± 75 K, LP 890-9 is the second-coolest star found to host planets, after TRAPPIST-1. The inner planet has an orbital period of 2.73 d, a radius of 1.320 −0.027+0.053 R⊕, and receives an incident stellar flux of 4.09 ± 0.12 S⊕. The outer planet has a similar size of 1.367 −0.039+0.055R⊕ and an orbital period of 8.46 d. With an incident stellar flux of 0.906 ± 0.026 S⊕, it is located within the conservative habitable zone, very close to its inner limit (runaway greenhouse). Although the masses of the two planets remain to be measured, we estimated their potential for atmospheric characterisation via transmission spectroscopy using a mass-radius relationship and found that, after the TRAPPIST-1 planets, LP 890-9 c is the second-most favourable habitable-zone terrestrial planet known so far (assuming for this comparison a similar atmosphere for all planets).
Conclusions: The discovery of this remarkable system offers another rare opportunity to study temperate terrestrial planets around our smallest and coolest neighbours. 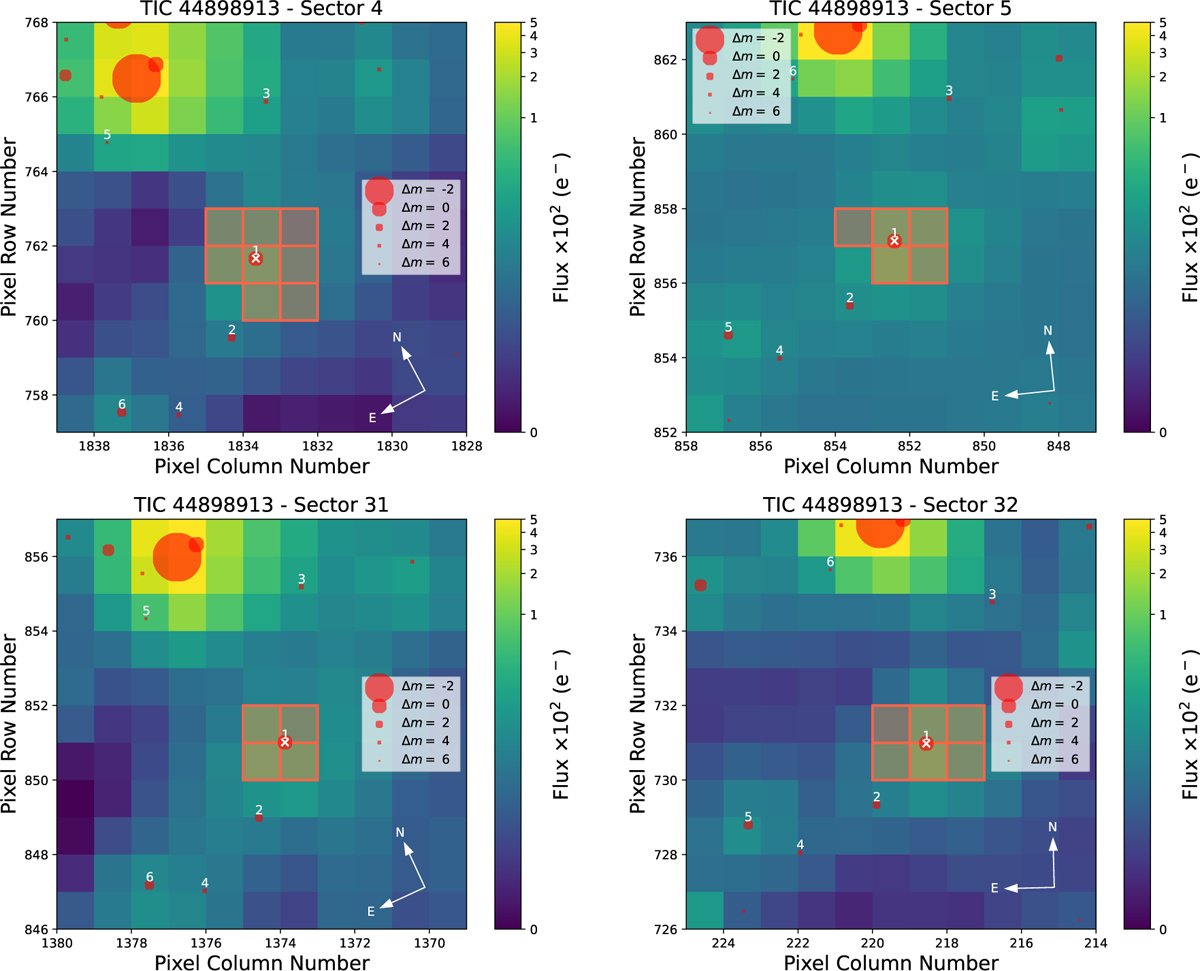