Hunting for anti-solar differentially rotating stars using the Rossby number. An application to the Kepler field

Context. Anti-solar differential rotation profiles have been found for decades in numerical simulations of convective envelopes of solar-type stars. These profiles are characterized by a slow equator and fast poles (i.e., reversed with respect to the Sun) and have been found in simulations for high Rossby numbers. Rotation profiles like this have been reported in evolved stars, but have never been unambiguously observed for cool solar-type stars on the main sequence. As solar-type stars age and spin down, their Rossby numbers increase, which could therefore induce a transition toward an anti-solar differential rotation regime before the end of the main sequence. Such a rotational transition will impact the large-scale dynamo process and the magnetic activity. In this context, detecting this regime in old main-sequence solar-type stars would improve our understanding of their magnetorotational evolution.
Aims: The goal of this study is to identify the most promising cool main-sequence stellar candidates for anti-solar differential rotation in the Kepler sample.
Methods: First, we introduce a new theoretical formula to estimate fluid Rossby numbers, Rof, of main-sequence solar-type stars. We derived it from observational quantities such as Teff and Prot, and took the influence of the internal structure into account. Then, we applied it on a subset of the most recent catalog of Kepler rotation periods, after removing subgiants and selecting targets with solar metallicity. Next, we considered the highest computed Rof and inspected each target individually to select the most reliable anti-solar candidate. Finally, we extended our study to stars with metallicities different from that of the Sun. To this end, we developed a formulation for Rof dependent on the metallicity index [Fe/H] by using 1D stellar grids, and we also considered this compositional aspect for the selection of the targets.
Results: We obtain a list of the most promising stars that are likely to show anti-solar differential rotation. We identify two samples: one at solar metallicity, including 14 targets, and another for other metallicities, including 8 targets. We find that the targets with the highest Rof are likely to be early-G or late-F stars at about log10g = 4.37 dex.
Conclusions: We conclude that cool main-sequence stellar candidates for anti-solar differential rotation exist in the Kepler sample. The most promising candidate is KIC 10907436, and two other particularly interesting candidates are the solar analog KIC 7189915 and the seismic target KIC 12117868. Future characterization of these 22 stars is expected to help us understand how dynamics can impact magnetic and rotational evolution of old solar-type stars at high Rossby number. 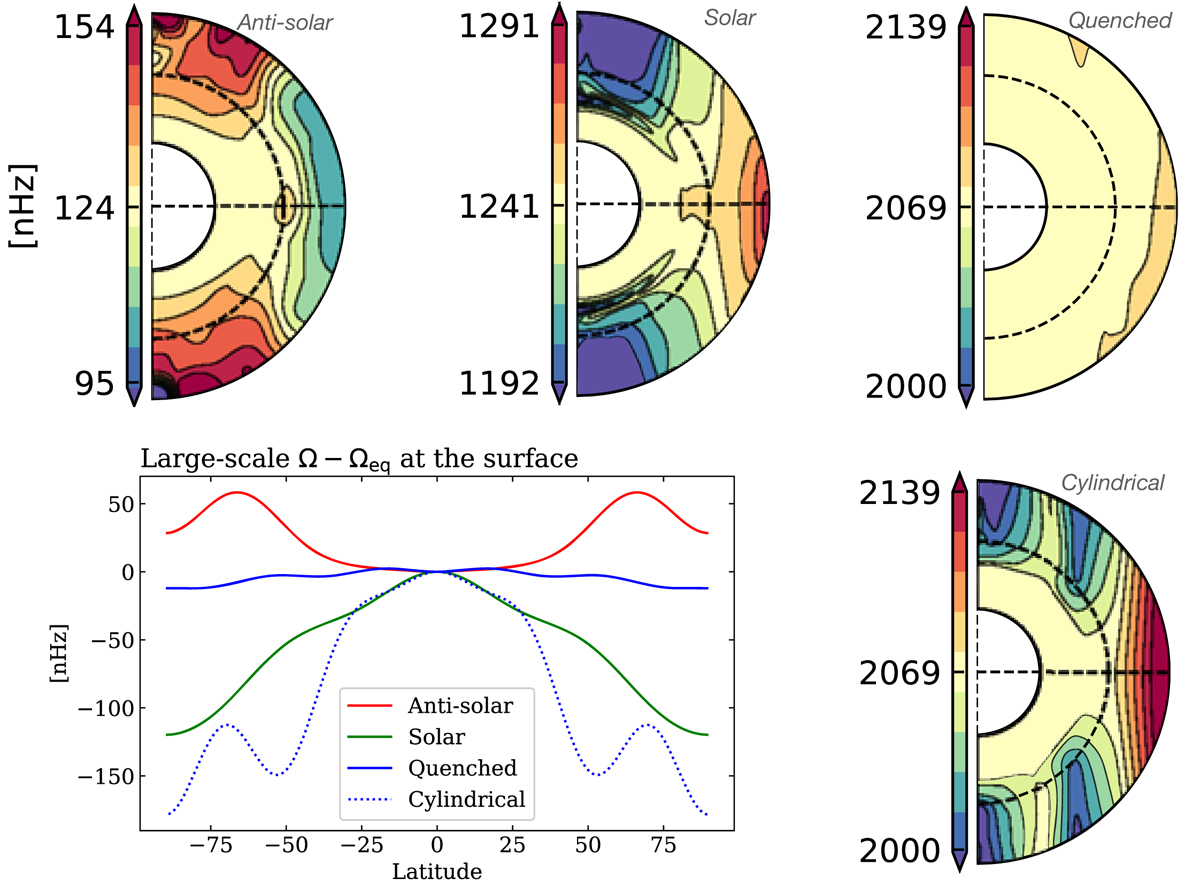