Aims: The circumgalactic medium (CGM) plays an important role in galaxy evolution as the main interface between the star-forming body of galaxies and the surrounding cosmic network of in- and out-flowing matter. In this work, we aim to characterize the hot phase of the CGM in a large sample of galaxies using recent soft-X-ray observations made by SRG/eROSITA.
Methods: We stack X-ray events from the `eROSITA Final Equatorial Depth Survey' (eFEDS) around central galaxies in the 9hr field of the `GAlaxy and Mass Assembly' (GAMA) survey to construct radially projected X-ray luminosity profiles in the 0.5-2 keV rest frame energy band as a function of their stellar mass and specific star formation rate. We consider samples of quiescent (star-forming) galaxies in the stellar mass range 2 × 1010-1012 M⊙ (3 × 109-6 × 1011 M⊙).
Results: For quiescent galaxies, the X-ray profiles are clearly extended throughout the available mass range; however, the measured profile is likely biased high because of projection effects, as these galaxies tend to live in dense and hot environments. For the most massive star-forming samples (≥1011 M⊙), there is a hint of detection of extended emission. On the other hand, for star-forming galaxies with < 1011 M⊙ the X-ray stacked profiles are compatible with unresolved sources and are consistent with the expected emission from faint active galactic nuclei (AGN) and X-ray binaries. We measure for the first time the mean relation between average X-ray luminosity and stellar mass separately for quiescent and star-forming galaxies. We find that the relation is different for the two galaxy populations: high-mass (≥1011 M⊙) star-forming or quiescent galaxies follow the expected scaling of virialized hot haloes, while lower mass star-forming galaxies show a less prominent luminosity and a weaker dependence on stellar mass consistent with empirical models of the population of weak AGN. When comparing our results with state-of-the-art numerical simulations (IllustrisTNG and EAGLE), we find overall consistency on the average emission on large (> 80 kpc) scales at masses ≥1011 M⊙, but disagreement on the small scales, where brighter-than-observed compact cores are predicted. The simulations also do not predict the clear differentiation that we observe between quiescent and star-forming galaxies in our samples.
Conclusions: This is a stepping stone towards a more profound understanding of the hot phase of the CGM, which holds a key role in the regulation of star formation. Future analysis using eROSITA all-sky survey data, combined with future generation galaxy evolution surveys, shall provide much enhanced quantitative measurements and mapping of the CGM and its hot phase(s). 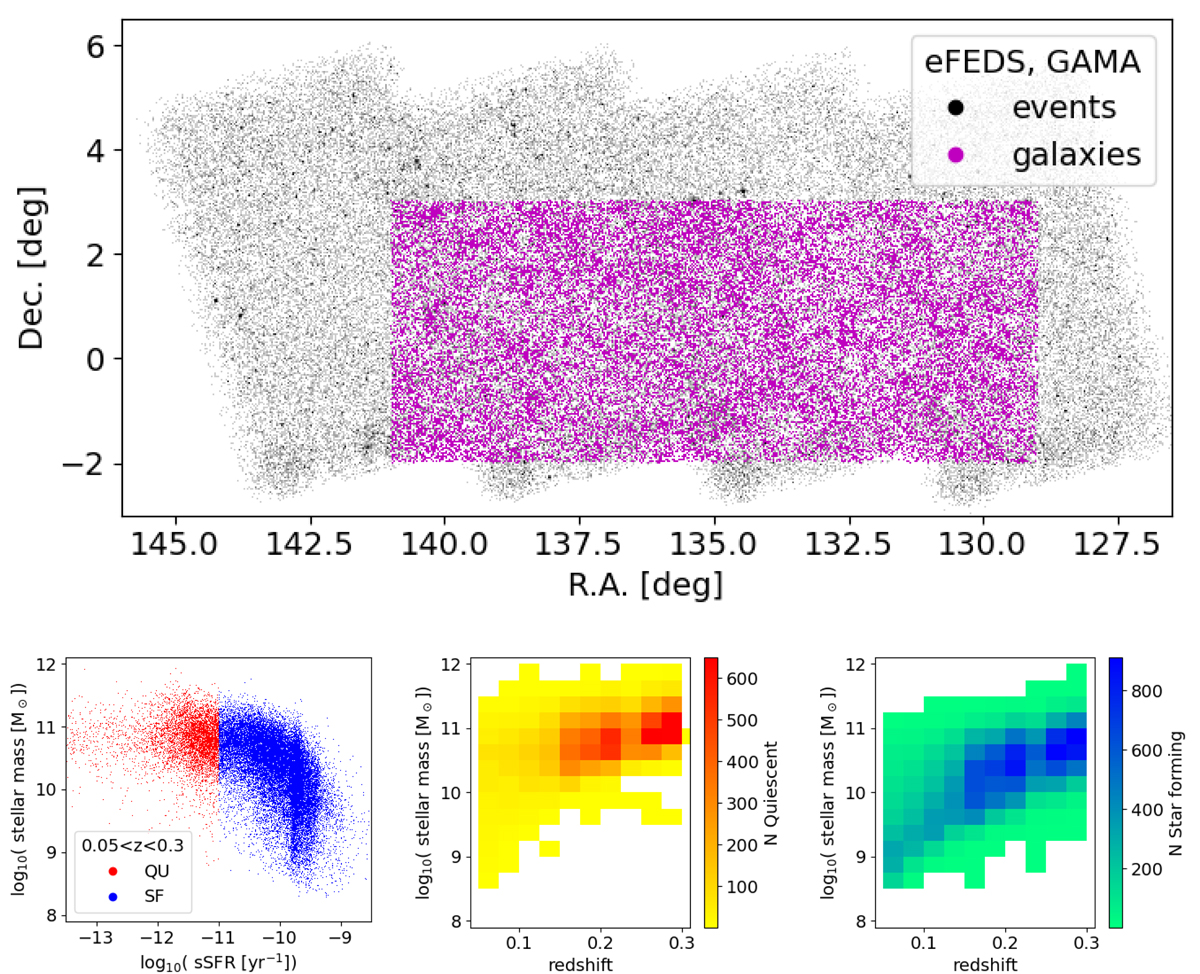