Chemical Evolution of R-process Elements in Stars (CERES). I. Stellar parameters and chemical abundances from Na to Zr


Aims: The Chemical Evolution of R-process Elements in Stars (CERES) project aims to provide a homogeneous analysis of a sample of metal-poor stars ([Fe/H] < -1.5). We present the stellar parameters and the chemical abundances of elements up to Zr for a sample of 52 giant stars.
Methods: We relied on a sample of high signal-to-noise UVES spectra. We determined stellar parameters from Gaia photometry and parallaxes. Chemical abundances were derived using spectrum synthesis and model atmospheres.
Results: We determined chemical abundances of 26 species of 18 elements: Na, Mg, Al, Si, Ca, Sc, Ti, V, Cr, Mn, Fe, Co, Ni, Cu, Zn, Sr, Y, and Zr. For several stars, we were able to measure both neutral and ionised species, including Si, Sc, Mn, and Zr. We have roughly doubled the number of measurements of Cu for stars at [Fe/H] ≤ −2.5. The homogeneity of the sample made it possible to highlight the presence of two Zn-rich stars ([Zn/Fe] ∼ +0.7), one r-rich and the other r-poor. We report the existence of two branches in the [Zn/Fe] versus [Ni/Fe] plane and suggest that the high [Zn/Fe] branch is the result of hypernova nucleosynthesis. We discovered two stars with peculiar light neutron-capture abundance patterns: CES1237+1922 (also known as BS 16085-0050), which is ∼1 dex underabundant in Sr, Y, and Zr with respect to the other stars in the sample, and CES2250-4057 (also known as HE 2247-4113), which shows a ∼1 dex overabundance of Sr with respect to Y and Zr.
Conclusions: The high quality of our dataset allowed us to measure hardly detectable ions. This can provide guidance in the development of line formation computations that take deviations from local thermodynamic equilibrium and hydrodynamical effects into account.

Chemical abundances (Table 3) are only available at the CDS via anonymous ftp to cdsarc.u-strasbg.fr (ftp://130.79.128.5) or via http://cdsarc.u-strasbg.fr/viz-bin/cat/J/A+A/665/A10 Based on observations collected at the European Southern Observatory under ESO programme 0104.D-0059 and on data obtained from the ESO Science Archive Facility. 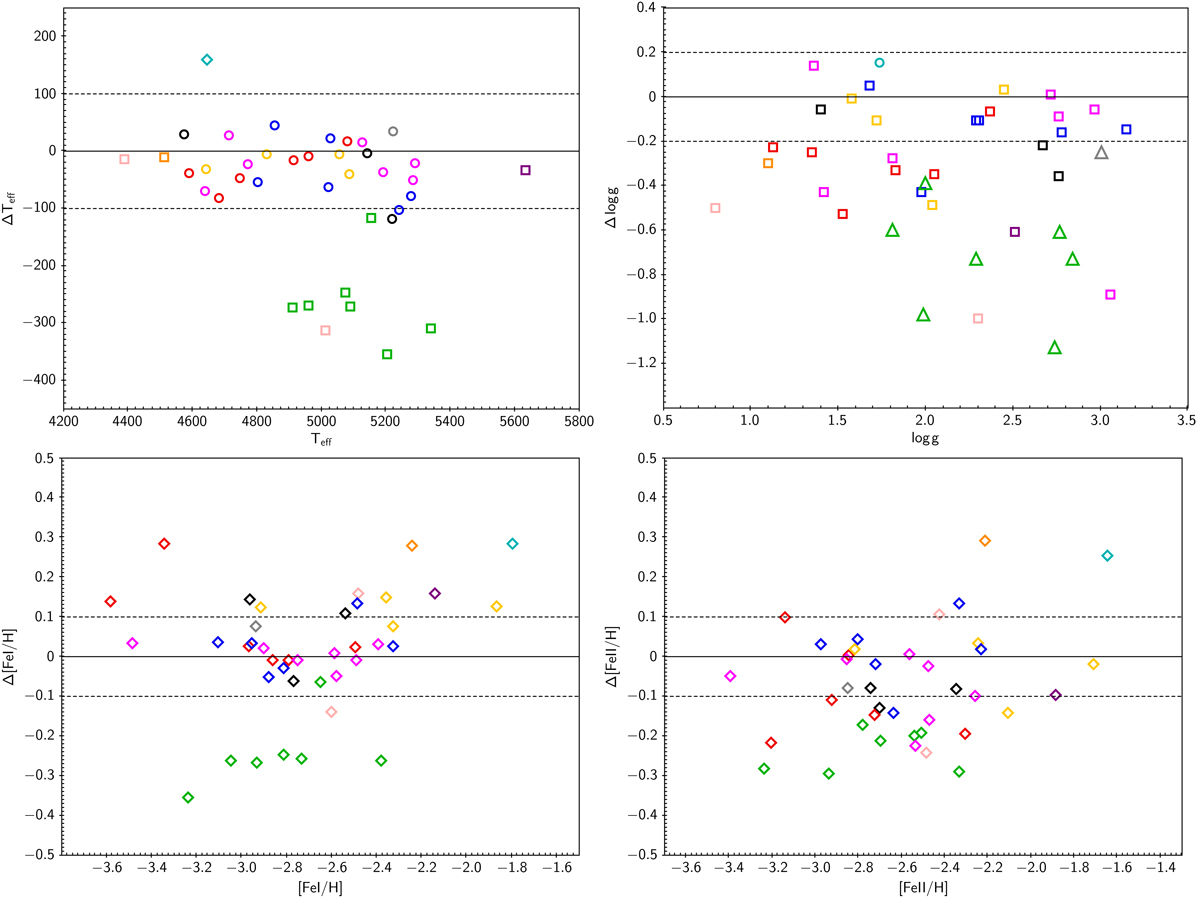