Context. Three-dimensional (3D) maps of the extinction density in the Milky Way can be built through the inversion of large catalogues of distance-extinction pairs for individual target stars. Considerable progress is currently achieved in this field through the Gaia mission. Available catalogues are based on various types of photometric or spectrophotometric information and on different techniques of extinction estimations.
Aims: The spatial resolution of the maps that can be achieved increases with the spatial density of the target stars, and, consequently, with the combination of input catalogues containing different target lists. However, this requires careful inter-calibration of the catalogues. Our aim is to develop methods of inter-comparison and inter-calibration of two different extinction catalogues.
Methods: The catalogue we used as reference for inter-calibration is a spectrophotometric catalogue. It provides a more accurate extinction than a purely photometric catalogue. In order to reduce the dimension of the problem, a principal component analysis was performed in (G, GB, GR, J, H, K) multi-colour space. The subspace constituted by the two first components was split into cells in which we estimated the deviations from the reference. The deviations were computed using all targets from the reference catalogue that were located at a short spatial distance of each secondary target. Corrections and filtering were deduced for each cell in the multi-colour space.
Results: We applied the inter-calibration to two very different extinction datasets: on the one hand, extinctions based on both spectroscopy and photometry, representing 6 million objects and serving as a reference, and, on the other hand, a catalogue of 35 million extinctions based on photometry of Gaia eDR3 and 2MASS. After calibration, the dispersion of the extinction among neighbouring points in the second catalogue is reduced, regardless of whether reference targets are present locally. Weak structures are then more apparent. The extinction of high Galactic latitude targets is significantly more tightly correlated with the dust emission measured by Planck, a property acquired from the first catalogue. A hierarchical inversion technique was applied to the two merged inter-calibrated catalogues to produce 3D extinction density maps corresponding to different volumes and maximum spatial resolution. The maximum resolution is 10 pc for a 3000 pc × 3000 pc × 800 pc volume around the Sun, and the maximum size of the maps is 10 kpc × 10 kpc × 800 pc for a resolution of 50 pc. The inclusion of the spectroscopic survey data increases the dynamic range of the extinction density, improves the accuracy of the maps, and allows the mapping to be extended to greater distances to better constrain the remarkable ≃ 2.5 kpc wide dust-free region in the second quadrant in particular, which now appears as a giant oval superbubble. Maps can be downloaded or used by means of on-line tools. 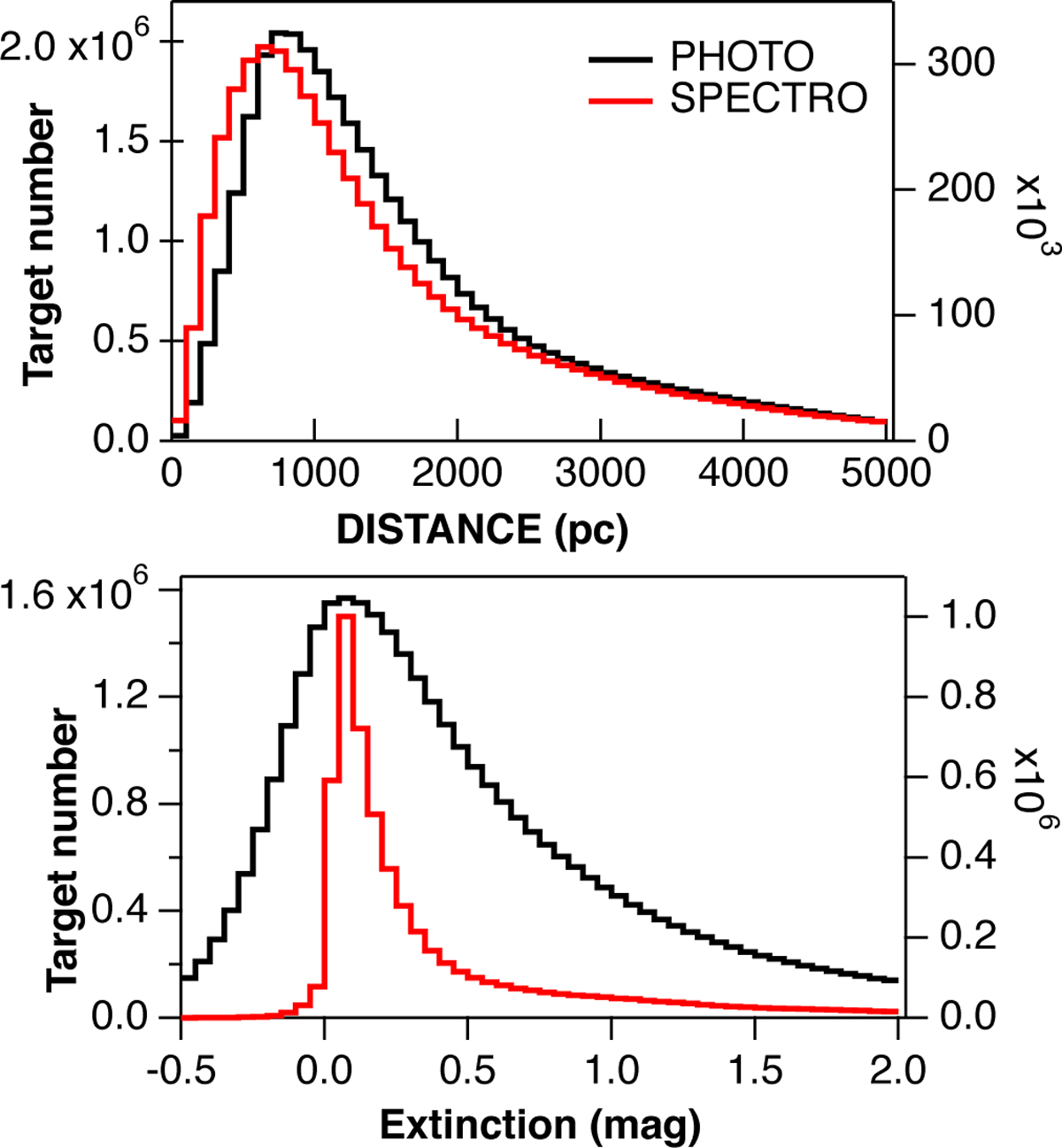