A scaled-up planetary system around a supernova progenitor

Context. Virtually all known exoplanets reside around stars with M < 2.3 M⊙ either due to the rapid evaporation of the protostellar disks or to selection effects impeding detections around more massive stellar hosts.
Aims: To clarify if this dearth of planets is real or a selection effect, we launched the planet-hunting B-star Exoplanet Abundance STudy (BEAST) survey targeting B stars (M > 2.4 M⊙) in the young (5−20 Myr) Scorpius-Centaurus association by means of the high-contrast spectro-imager SPHERE at the Very Large Telescope.
Methods: In this paper we present the analysis of high-contrast images of the massive (M ~ 9 M⊙) star μ2 Sco obtained within BEAST. We carefully examined the properties of this star, combining data from Gaia and from the literature, and used state-of-the-art algorithms for the reduction and analysis of our observations.
Results: Based on kinematic information, we found that μ2 Sco is a member of a small group which we label Eastern Lower Scorpius within the Scorpius-Centaurus association. We were thus able to constrain its distance, refining in turn the precision on stellar parameters. Around this star we identify a robustly detected substellar companion (14.4 ± 0.8 MJ)at a projected separation of 290 ± 10 au, and a probable second similar object (18.5 ± 1.5 MJ) at 21 ± 1 au. The planet-to-star mass ratios of these objects are similar to that of Jupiter to the Sun, and the flux they receive from the star is similar to those of Jupiter and Mercury, respectively.
Conclusions: The robust and the probable companions of μ2 Sco are naturally added to the giant 10.9 MJ planet recently discovered by BEAST around the binary b Cen system. While these objects are slightly more massive than the deuterium burning limit, their properties are similar to those of giant planets around less massive stars and they are better reproduced by assuming that they formed under a planet-like, rather than a star-like scenario. Irrespective of the (needed) confirmation of the inner companion, μ2 Sco is the first star that would end its life as a supernova that hosts such a system. The tentative high frequency of BEAST discoveries is unexpected, and it shows that systems with giant planets or small-mass brown dwarfs can form around B stars. When putting this finding in the context of core accretion and gravitational instability formation scenarios, we conclude that the current modeling of both mechanisms is not able to produce this kind of companion. The completion of BEAST will pave the way for the first time to an extension of these models to intermediate and massive stars.

Based on observations made with European Southern Observatory (ESO) telescopes at Paranal Observatory in Chile, under program 1101.C0258. 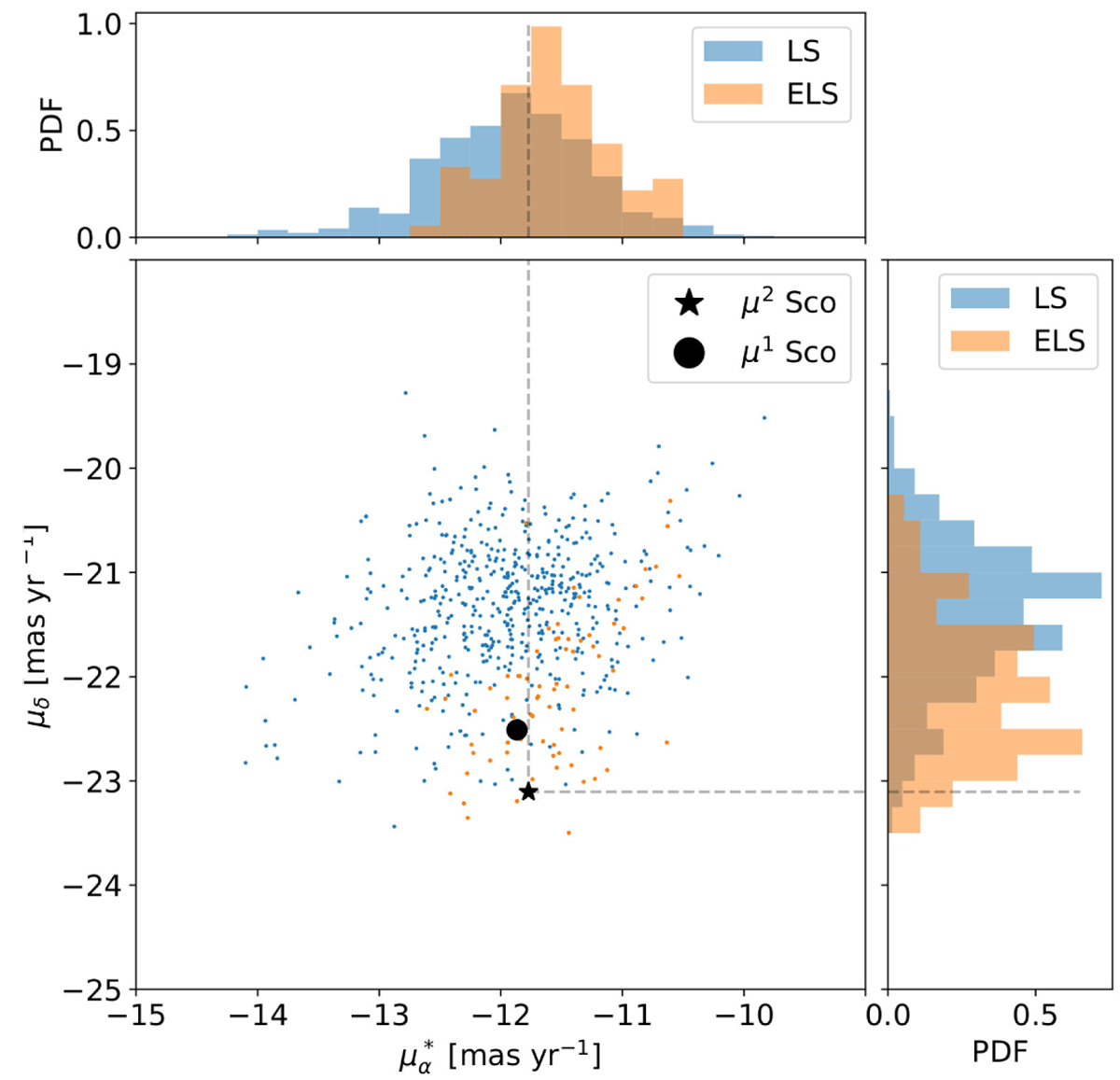