Context. Recent studies have reported the detection of the galactic stellar halo wake and dipole triggered by the Large Magellanic Cloud (LMC), mirroring the corresponding response from dark matter (DM). These studies open up the possibility of adding constraints on the global mass distribution of the Milky Way (MW), and even on the nature of DM itself, with current and upcoming stellar surveys reigniting the discussion on response modes in dynamical friction. However, the simulation of such features remains computationally challenging.
Aims: Using a continuous medium approach, we investigate the density and velocity response modes in simulations of Galactic-type DM halos accreting LMC-sized satellites, including the dependence on the halo density profile.
Methods: We used, for the first time in the context of galactic dynamics, a collisionless Boltzmann equation (CBE)+Poisson solver based on an existing method from the literature. We studied the dynamical density and velocity response of halos to sinking perturbers.
Results: We successfully captured both the local wake and the global over- and underdensity induced in the host halo. We also captured the velocity response. In line with previous studies, we find that the code can reproduce the core formation in the cuspy profile and the satellite core stalling. The angular power spectrum (APS) response is shown to be sensitive to each density profile. The cored Plummer density profile seems the most responsive, displaying a richness of modes. At the end of the simulation, the central halo acquires cylindrical rotation. When present, a stellar component is expected to behave in a similar fashion.
Conclusions: The CBE description makes it tenable to capture the response modes with a better handling of noise in comparison to traditional N-body simulations. Hence, given a certain noise level, BPM has a lower computational cost than N-body simulations, making it feasible to explore large parameter sets. We anticipate that stellar spheroids in the MW or external galaxies could show central cylindrical rotation if they underwent a massive accretion event. The code can be adjusted to include a variety of DM physics. 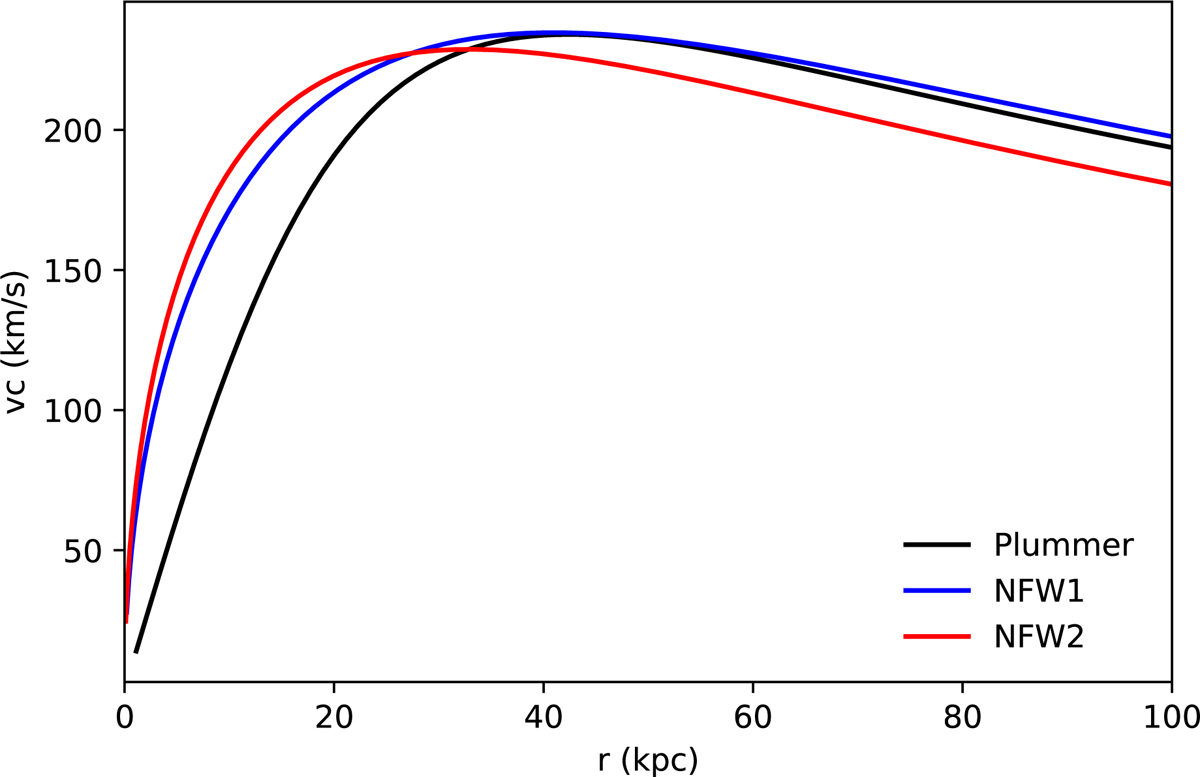