We have applied our method to weigh the Galactic disk using phase-space spirals to the proper motion sample of Gaia's early third release (EDR3). For stars in distant regions of the Galactic disk, the latitudinal proper motion has a close projection with vertical velocity, such that the phase-space spiral in the plane of vertical position and vertical velocity can be observed without requiring that all stars have available radial velocity information. We divided the Galactic plane into 360 separate data samples, each corresponding to an area cell in the Galactic plane in the distance range of 1.4-3.4 kpc, with an approximate cell length of 200-400 pc. Roughly half of our data samples were disqualified altogether due to severe selection effects, especially in the direction of the Galactic centre. In the remainder, we were able to infer the vertical gravitational potential by fitting an analytic model of the phase-space spiral to the data. This work is the first of its kind, in the sense that we are weighing distant regions of the Galactic disk with a high spatial resolution, without relying on the strong assumptions of axisymmetry. Post-inference, we fitted a thin disk scale length of 2.2 ± 0.1 kpc, although this value is sensitive to the considered spatial region. We see surface density variations as a function of azimuth of the order of 10-20%, which is roughly the size of our estimated sum of potential systematic biases. With this work, we have demonstrated that our method can be used to weigh distant regions of the Galactic disk despite strong selection effects. We expect to reach even greater distances and improve our accuracy with future Gaia data releases and further improvements to our method. 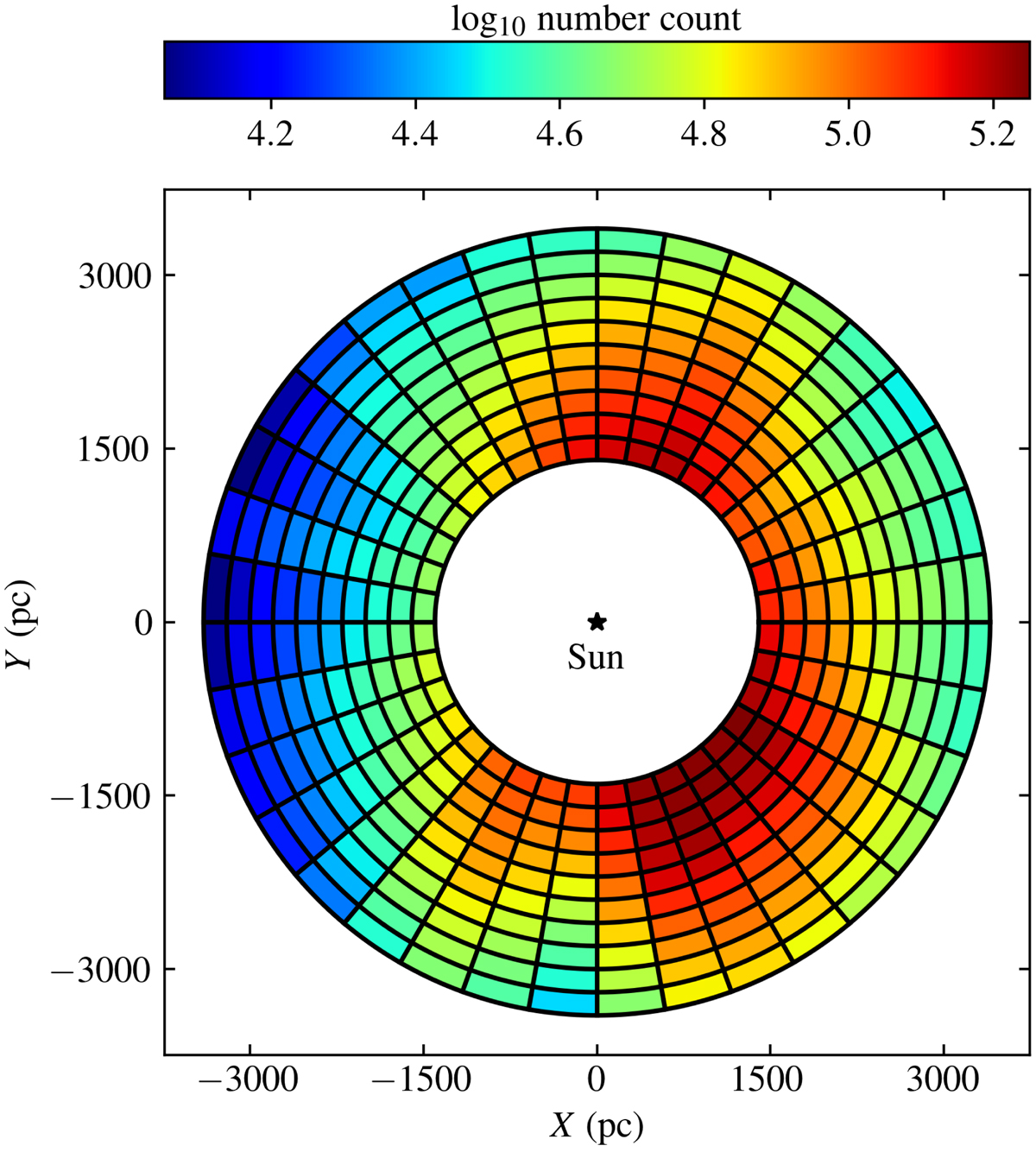