Context. Sequoia is a retrograde kinematic substructure in the nearby Galactic halo, whose properties are a matter of debate. For example, previous studies do not necessarily agree on the chemical abundances of Sequoia stars, which are important for understanding its nature.
Aims: We characterize the chemical properties of a sample of stars from Sequoia by determining high-precision abundances.
Methods: We measured abundances of Na, Mg, Si, Ca, Ti, Cr, Mn, Ni, Zn, Y, and Ba from a differential abundance analysis on high signal-to-noise ratio, high-resolution spectra from new observations and from archival data. We compared precisely measured chemical abundances of 12 Sequoia candidates with those of typical halo stars from the literature, which also includes stars from Gaia-Enceladus. This allowed us to characterize Sequoia and compare it to another Galactic building block. The comparison was made after putting all the abundances onto the same scale using standard stars.
Results: There are significant differences in [Na/Fe], [Mg/Fe], [Ca/Fe], [Ti/Fe], [Zn/Fe], and [Y/Fe] between Sequoia and Gaia-Enceladus stars at −1.8 ≲ [Fe/H]≲ − 1.4 in the sense that these abundance ratios are lower in Sequoia. These differences are similar to those seen between Gaia-Enceladus and in situ stars at a higher metallicity, suggesting that Sequoia is affected by type Ia supernovae at a lower metallicity than Gaia-Enceladus. We also confirm that the low [Mg/Fe] of Sequoia is seen in the literature and in surveys, namely APOGEE DR17 and GALAH DR3, if the stars are kinematically selected in the same way.
Conclusions: Sequoia stars have a distinct chemical abundance pattern and can be chemically separated from in situ stars or Gaia-Enceladus stars if abundances are measured with sufficient precision, namely σ([X/Fe]) ≲ 0.07 dex. 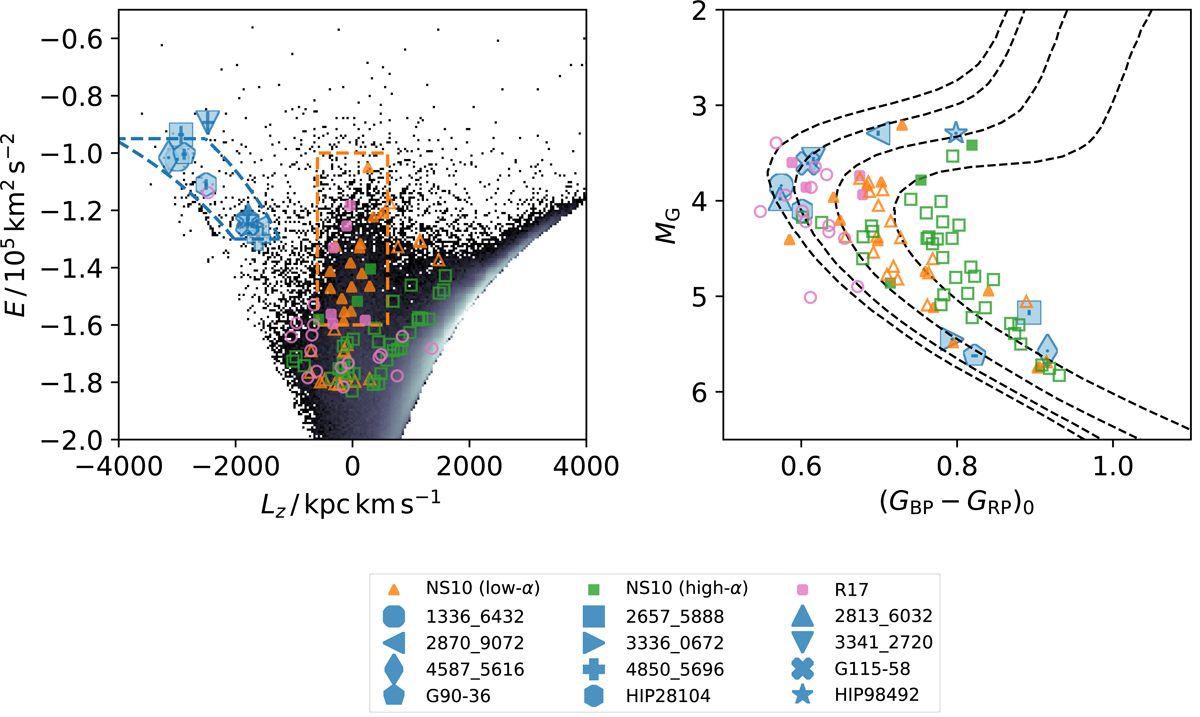