We report the discovery of the new long-period X-ray pulsar SRGA J204318.2+443815/SRGe J204319.0+443820 in a Be binary system. The source was found in the second all-sky survey by the Mikhail Pavlinsky ART-XC telescope on board the SRG mission. The follow-up observations with XMM-Newton, NICER, and NuSTAR allowed us to discover a strong coherent signal in the source light curve with a period of ~742 s. The pulsed fraction was found to depend on an increase in energy from ~20% in soft X-rays to >50% at high energies, as is typical for X-ray pulsars. The source has a quite hard spectrum with an exponential cutoff at high energies and a bolometric luminosity of LX ≃ 4 × 1035 ergs-1. The X-ray position of the source is found to be consistent with the optical transient ZTF18abjpmzf, located at a distance of ~8.0 kpc. Dedicated optical and infrared observations with the RTT-150, NOT, Keck, and Palomar telescopes revealed a number of emission lines (Ha, He I, and the Paschen and Braket series) with a strongly absorbed continuum. According to the SRG scans and archival XMM-Newton data, the source flux is moderately variable (by a factor of 4-10) on timescales of several months and years. All this suggests that SRGA J204318.2+443815/SRGe J204319.0+443820 is a new quasi-persistent low-luminosity X-ray pulsar in a distant binary system with a Be-star of the B0-B2e class. Thus the SRG observatory allowed us to unveil a hidden population of faint objects, including a population of slowly rotating X-ray pulsars in Be systems. 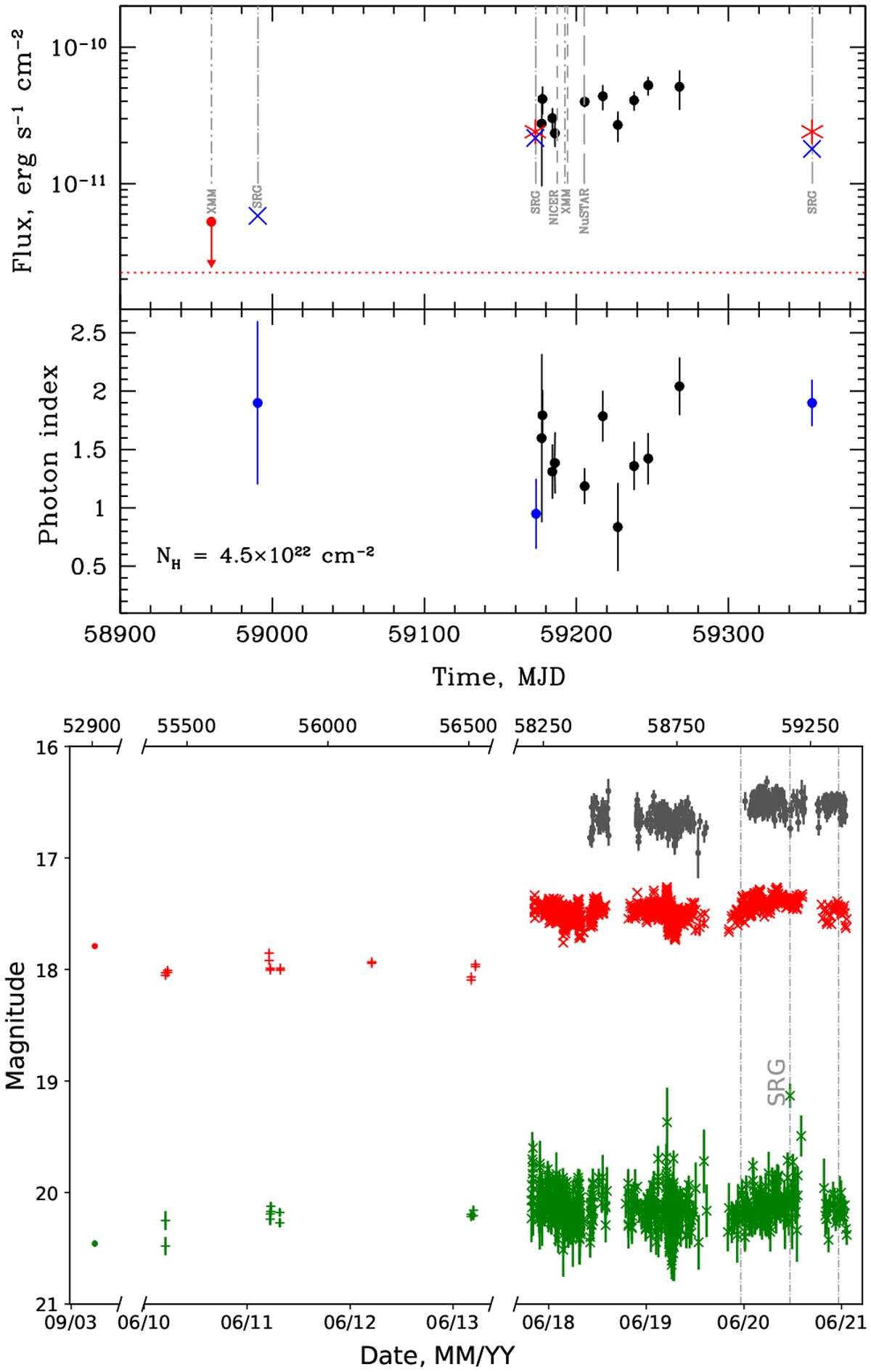