Context. The eROSITA X-ray telescope on board the Spectrum-Poentgen-Gamma (SPG) observatory combines a large field of view and a large collecting area in the energy range between ~0.2 and ~8.0 keV. This gives the telescope the capability to perform uniform scanning observations of large sky areas.
Aims: SRG/eROSITA performed scanning observations of the ~140 square degree eROSITA Final Equatorial Depth Survey field (the eFEDS field) as part of its performance verification phase ahead of the planned four year of all-sky scanning operations. The observing time of eFEDS was chosen to slightly exceed the depth expected in an equatorial field after the completion of the all-sky survey. While verifying the capability of eROSITA to perform large-area uniform surveys and saving as a test and training dataset to establish calibration and data analysis procedures, the eFEDS survey also constitutes the largest contiguous soft X-ray survey at this depth to date, supporting a range of early eROSITA survey science investigations. Here we (i) present a catalogue of detected X-ray sources in the eFEDS field providing information about source positions and extent, as well as fluxes in multiple energy bands, and (ii) document the suite of tools and procedures developed for eROSITA data processing and analysis, which were validated and optimised by the eFEDS work.
Methods: The data were fed through a standard data processing pipeline, which appltes X-ray event calibration and provides a set of standard calibrated data products. A mutiti-stage source detection procedure, building in part on experience from XMM-Newton, was optimised and calibrated by performing realistic simulations of the eROSITA eFEDS observations. Source fluxes were computed in multiple standard energy bands by forced point source fitting and aperture photometry. We cross-matched the eROSITA eFEDS source catalogue with previous XMM-ATLAS observations, which confirmed the excellentt agreement of the eROSITA and XMM-ATLAS source fluxes. Astrometric corrections were performed by cross-matching the eROSITA source positions with an optical reference catalogue of quasars.
Results: We present a primary catalogue of 27 910 X-ray sources (542 of which are significantly spatially extended) detected in the 0.2-2.3 keV energy range with detection likelihoods ≥6, corresponding to a (point source) flux limit of 6.5 × 10-15 erg cm-2 s-1 in the 0.5-2.0 keV energy band (80% completeness). A supplementary catalogue contains 4774 low-significance source candidates with detection likelihoods between 5 and 6. In addition, a hard-band sample of 246 sources detected in the energy range 22.3-5.0 keV above a detection likelihood of 10 is provided. In an appendix, we finally describe the dedicated data analysis software package, the eROSITA calibration database, and the standard calibrated data products. 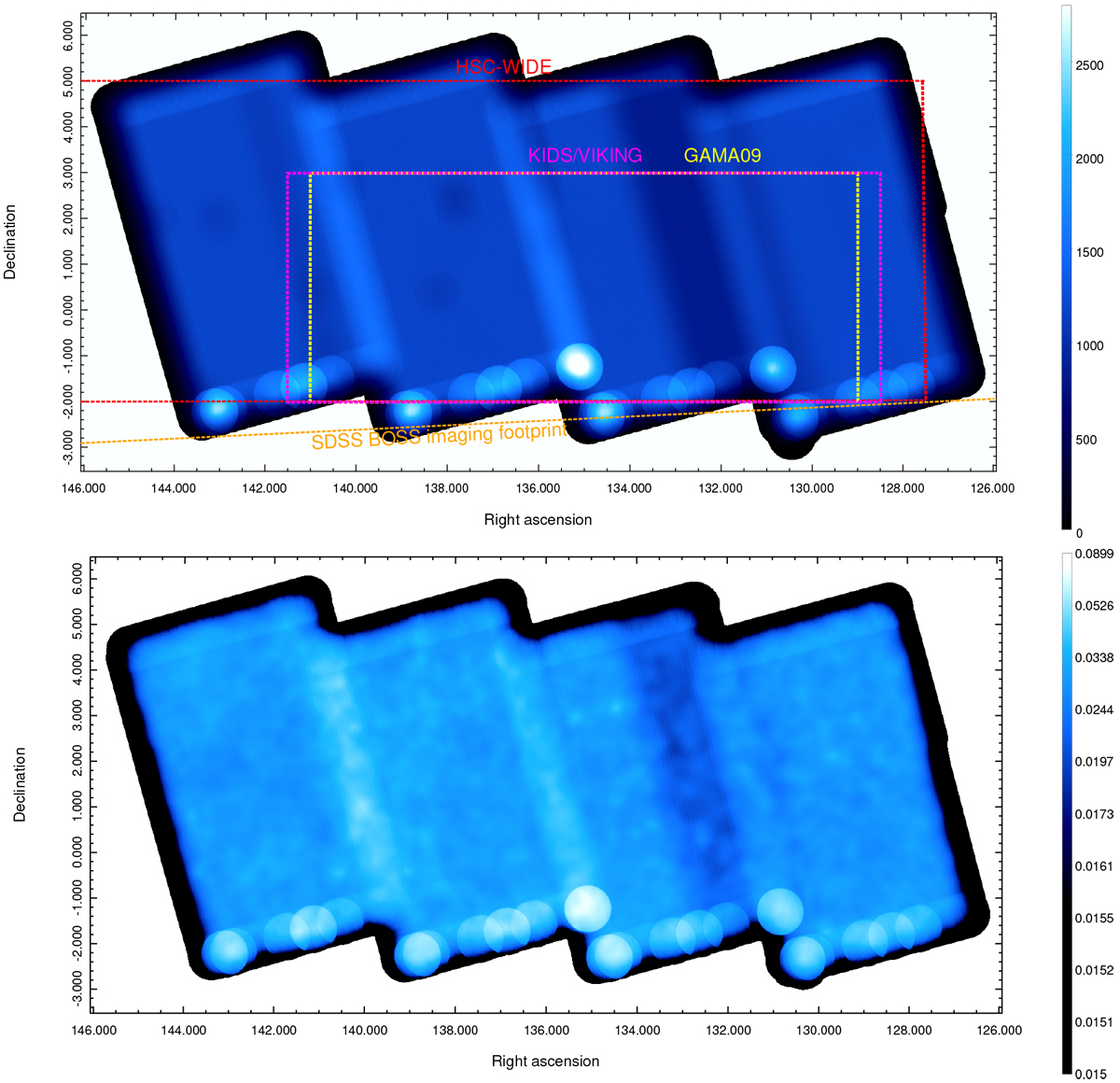