Evidence of a vertical kinematic oscillation beyond the Radcliffe wave

The Radcliffe wave (RW) is a recently discovered sinusoidal vertical feature of dense gas in the proximity of the Sun. In the disk plane, it is aligned with the Local Arm. However, the origin of its vertical undulation is still unknown. This study constrains the kinematics of the RW, using young stars and open clusters as tracers, and explores the possibility of this oscillation being part of a more extended vertical mode. We study the median vertical velocity trends of the young stars and clusters along with the RW and extend it further to the region beyond it. We discovered a kinematic wave in the Galaxy, distinct from the warp, with the amplitude of oscillation depending on the age of the stellar population. We performed a similar analysis in the N-body simulation of a satellite as massive as the Sagittarius dwarf galaxy impacting the galactic disk. When projected in the plane, the spiral density wave induced by the satellite impact is aligned with the RW, suggesting that both may be the response of the disk to an external perturbation. However, the observed kinematic wave is misaligned. It appears as a kinematic wave travelling radially, winding up faster than the density wave matched by the RW, setting its origins into question. If a satellite galaxy is indeed responsible for the presence of this kinematic wave, we predict the existence of a vertical velocity dipole that would be expected to form across the disk. The reality of this prediction may be measurable with the upcoming Gaia DR3 and DR4. 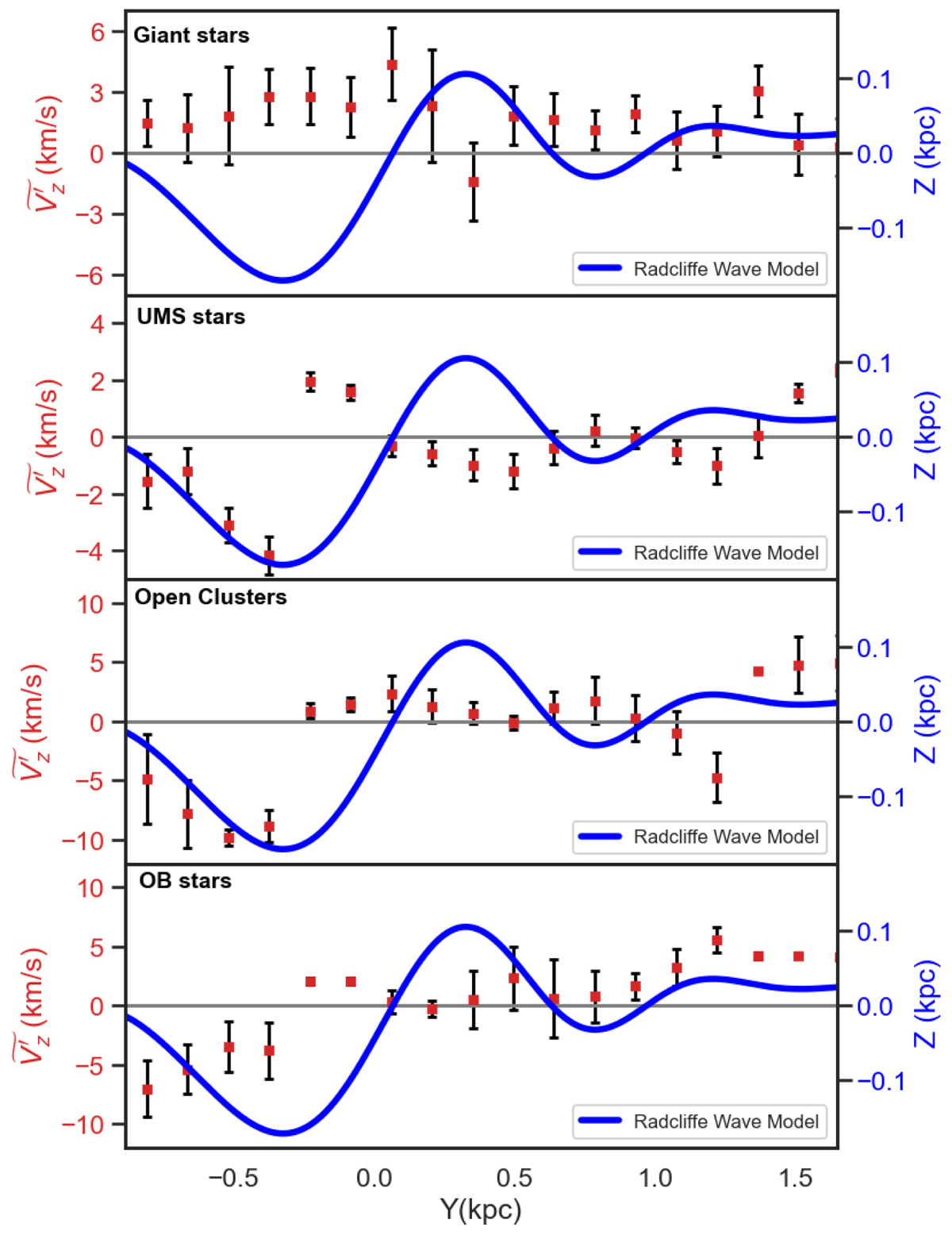