Context. By changing the internal composition of stars, nuclear reactions play a key role in their evolution and spur their contribution to the chemical evolution of galaxies. The STELLA collaboration recently carried out new direct measurements of the 12C + 12C fusion cross section - one of the key reactions occurring in C-burning regions in massive stars. Using a coincidence technique, accurate measurements were obtained for many different energies, with the lowest energy explored according to the Gamow window for massive stars.
Aims: This work presents new 12C + 12C reaction rates in the form of numerical tables with associated uncertainty estimations, as well as analytical formulae that can be directly implemented into stellar evolution codes. We also describe the impact of these new rates on C-burning in stars.
Methods: We determined reaction rates for two cross section extrapolation models: one based on the fusion-hindrance phenomenon and the other on fusion-hindrance plus a resonance. We then compared our results to prior data. Using the GENEC stellar evolution code, we study how these new rates impact the C-burning phases in two sets of stellar models for stars with 12 M⊙ and 25 M⊙ initial masses, which were chosen to be highly representative of the diversity of massive stars.
Results: The effective temperatures of C-burning in both sets of stellar models are entirely covered by the sensitivity of the present experimental data and no extrapolation of the rates is required. Although the rates may differ by more than an order of magnitude for temperatures typical of C-burning, the impacts on the stellar structures during that phase remain modest. This is a consequence of the readjustment of the stellar structure to a change of nuclear reaction rate for reactions that are shown to be important for energy production. For the hindrance case, the C-burning phase is found to occur at central temperatures that are 10% higher than with the hindrance plus resonance rate. Its C-burning lifetime is reduced by a factor of two. This model, nevertheless, loses more entropy than the other one; thus, it enters into the degeneracy regime earlier, which will impact the last stages of the evolution at the pre-core collapse time. The hindrance model produces up to 60% more neon. The impact of the different rates on the s-process occurring during the C-burning phase is modest, affecting the final abundances of s-processed elements by at most 20% (cobalt). 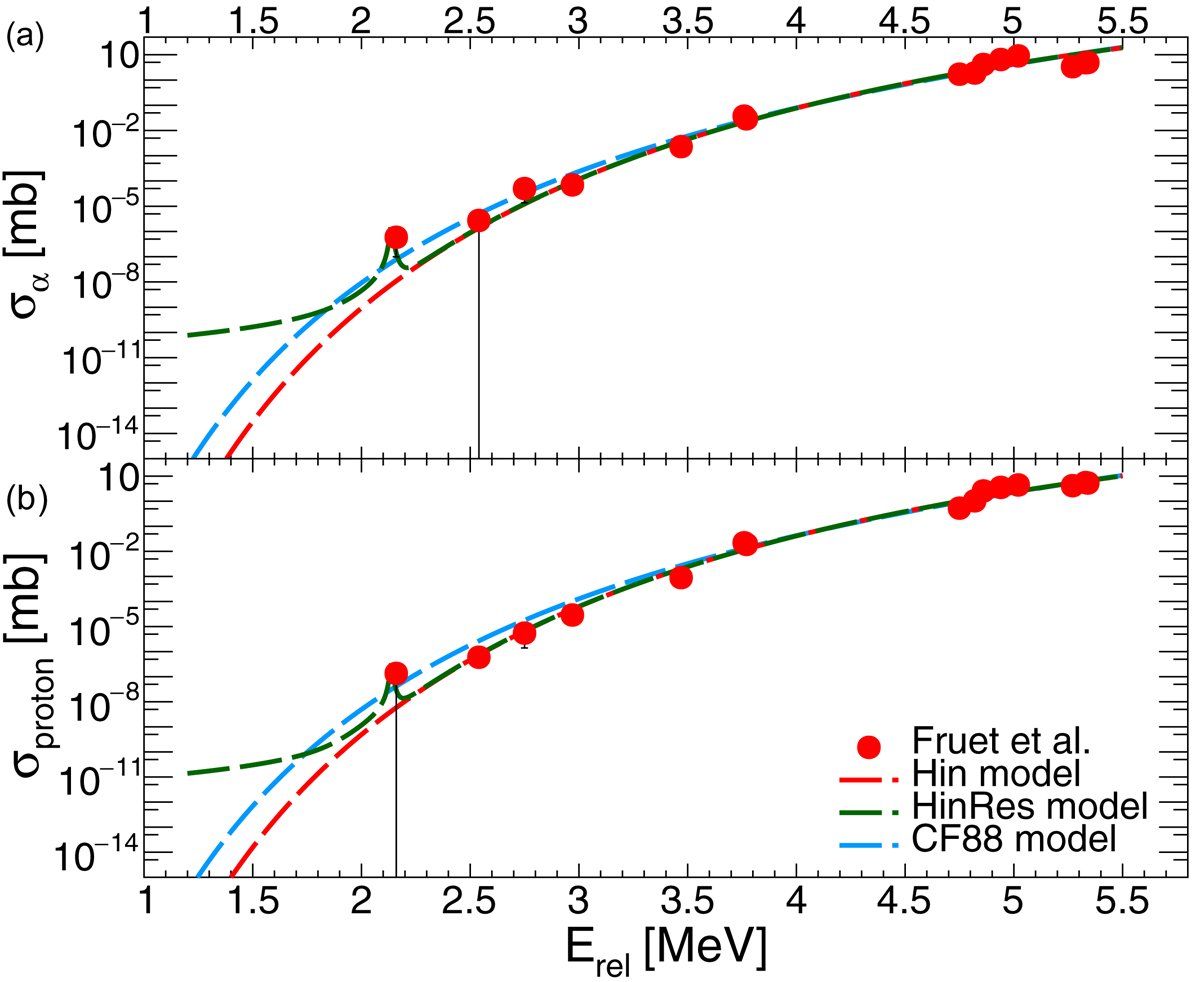