How do spaces emerge from pregeometric discrete building blocks governed by computational rules? To address this, we investigate non-deterministic rewriting systems (multiway systems) of the Wolfram model. We express these rewriting systems as homotopy types. Using this new formulation, we outline how spatial structures can be functorially inherited from pregeometric type-theoretic constructions. We show how higher homotopy types are constructed from rewriting rules. These correspond to morphisms of an $n$-fold category. Subsequently, the $n \to \infty$ limit of the Wolfram model rulial multiway system is identified as an $\infty$-groupoid, with the latter being relevant given Grothendieck's homotopy hypothesis. We then go on to show how this construction extends to the classifying space of rulial multiway systems, which forms a multiverse of multiway systems and carries the formal structure of an ${\left(\infty, 1\right)}$-topos. This correspondence to higher categorical structures offers a new way to understand how spaces relevant to physics may arise from pregeometric combinatorial models. A key issue we have addressed here is to relate abstract non-deterministic rewriting systems to higher homotopy spaces. A consequence of constructing spaces and geometry synthetically is that it eliminates ad hoc assumptions about geometric attributes of a model such as an a priori background or pre-assigned geometric data. Instead, geometry is inherited functorially by higher structures. This is relevant for formally justifying different choices of underlying spacetime discretization adopted by models of quantum gravity. We conclude with comments on how our framework of higher category-theoretic combinatorial constructions, corroborates with other approaches investigating higher categorical structures relevant to the foundations of physics. 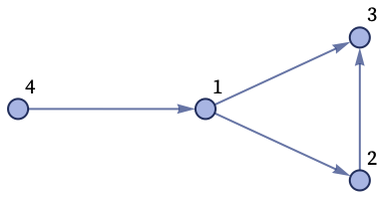