The extreme ultraviolet (EUV)/X-ray photoevaporation and core-powered mass-loss models are both capable of reproducing the bimodality in the sizes of small, close-in exoplanets observed by the Kepler space mission, often referred to as the 'radius gap'. However, it is unclear which of these two mechanisms dominates the atmospheric mass-loss that is likely sculpting the radius gap. In this work, we propose a new method of differentiating between the two models, which relies on analysing the radius gap in 3D parameter space. Using models for both mechanisms, and by performing synthetic transit surveys we predict the size and characteristics of a survey capable of discriminating between the two models. We find that a survey of ≳5000 planets, with a wide range in stellar mass and measurement uncertainties at a ${\lesssim}5{{\ \rm per\ cent}}$ level is sufficient. Our methodology is robust against moderate false positive contamination of ${\lesssim}10{{\ \rm per\ cent}}$. We perform our analysis on two surveys (which do not satisfy our requirements): the California-KeplerSurvey and the Gaia-KeplerSurvey and find, unsurprisingly, that both data sets are consistent with either model. We propose a hypothesis test to be performed on future surveys that can robustly ascertain which of the two mechanisms formed the radius gap, provided one dominates over the other. 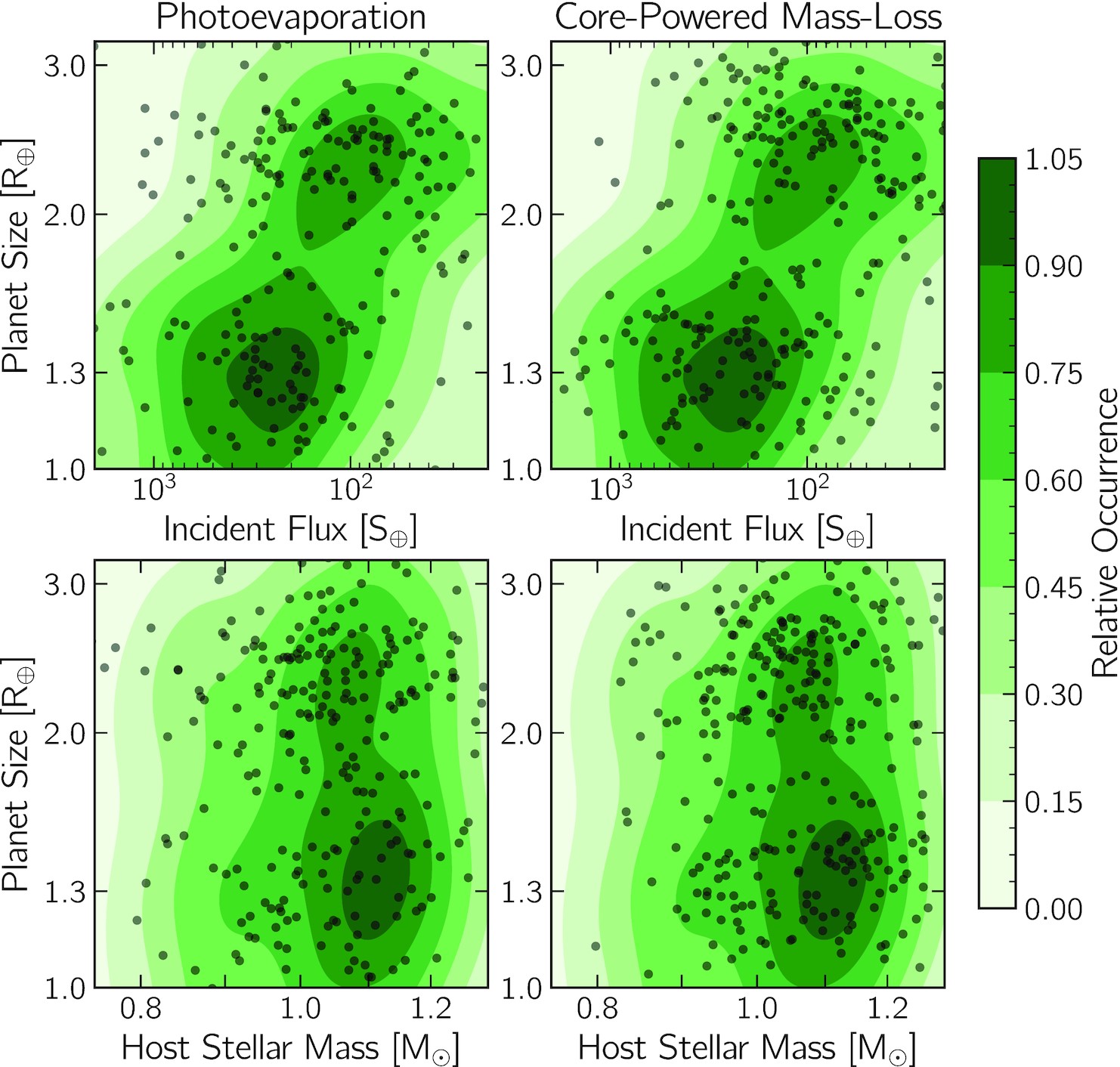