Asteroseismology is a powerful tool to infer fundamental stellar properties. The use of these asteroseismic-inferred properties in a growing number of astrophysical contexts makes it vital to understand their accuracy. Consequently, we performed a hare-and-hounds exercise where the hares simulated data for six artificial main-sequence stars and the hounds inferred their properties based on different inference procedures. To mimic a pipeline such as that planned for the PLATO mission, all hounds used the same model grid. Some stars were simulated using the physics adopted in the grid, others a different one. The maximum relative differences found (in absolute value) between the inferred and true values of the mass, radius, and age were 4.32, 1.33, and 11.25 per cent, respectively. The largest systematic differences in radius and age were found for a star simulated assuming gravitational settling, not accounted for in the model grid, with biases of -0.88 per cent (radius) and 8.66 per cent (age). For the mass, the most significant bias (-3.16 per cent) was found for a star with a helium enrichment ratio outside the grid range. Moreover, an ~7 per cent dispersion in age was found when adopting different prescriptions for the surface corrections or shifting the classical observations by ±1σ. The choice of the relative weight given to the classical and seismic constraints also impacted significantly the accuracy and precision of the results. Interestingly, only a few frequencies were required to achieve accurate results on the mass and radius. For the age the same was true when at least one l = 2 mode was considered. 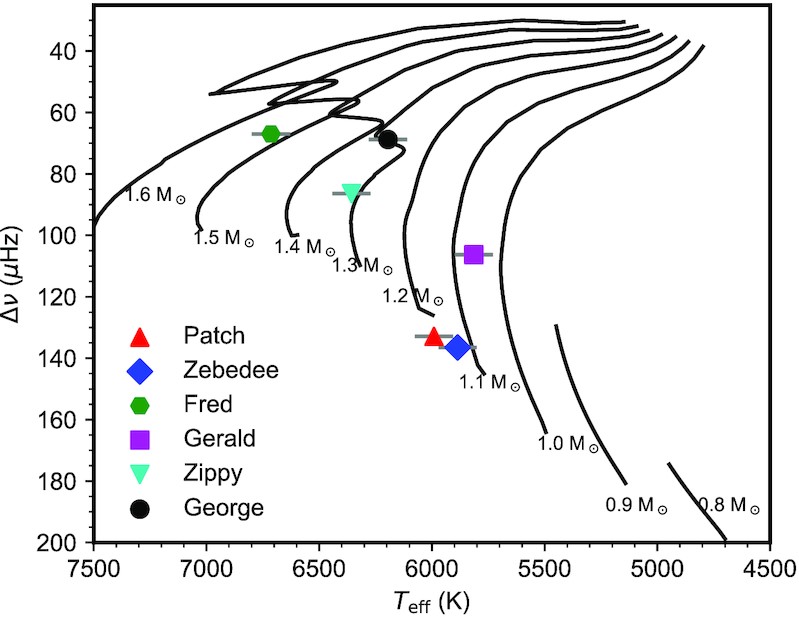