The eastern region of the Small Magellanic Cloud (SMC) is found to have a foreground stellar substructure, which is identified as a distance bimodality (~12 kpc apart) in the previous studies using red clump (RC) stars. Interestingly, studies of red giant branch (RGB) stars in the eastern SMC indicate a bimodal radial velocity (RV) distribution. In this study, we investigate the connection between these two bimodal distributions to better understand the nature and origin of the foreground stellar substructure in the eastern SMC. We use the Gaia Early Data Release 3 astrometric data and archival RV data of RGB stars for this study. We find a bimodal RV distribution of RGB stars (separated by ~35-45 km s-1) in the eastern and south-western (SW) outer regions. The observed proper motion values of the lower and higher RV RGB components in the eastern regions are similar to those of the foreground and main-body RC stars, respectively. This suggests that the two RGB populations in the eastern region are separated by a similar distance to those of the RC stars, and the RGB stars in the lower RV component are part of the foreground substructure. Based on the differences in the distance and RV of the two components, we estimate an approximate time of formation of this substructure as 307 ± 65 Myr ago. This is comparable with the values predicted by simulations for the recent epoch of tidal interaction between the Magellanic Clouds. Comparison of the observed properties of RGB stars, in the outer SW region, with N-body simulations shows that the higher RV component in the SW region is at a farther distance than the main body, indicating the presence of a stellar counter-bridge in the SW region of the SMC. 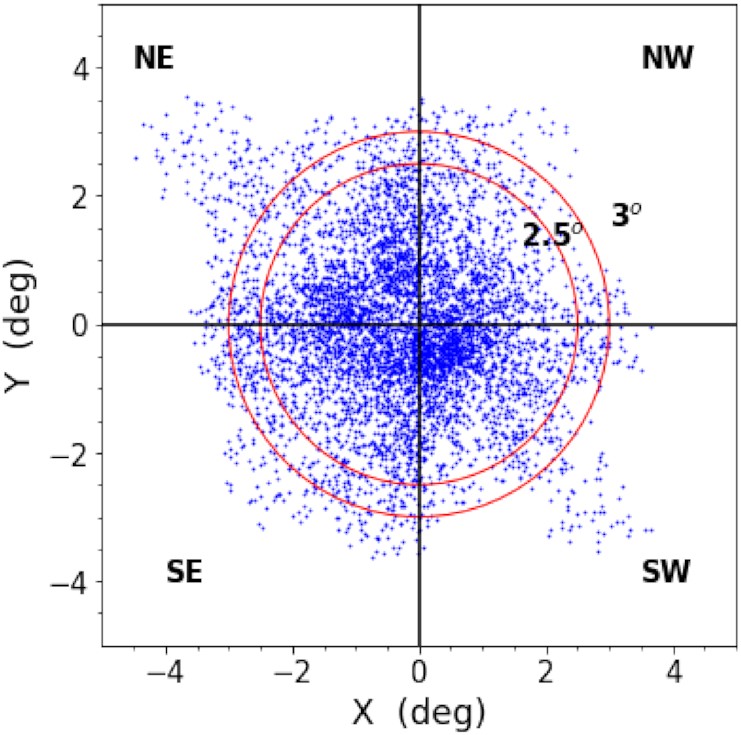