The dynamical evolution of globular clusters (GCs) is tied to their binary population, as binaries segregate to the cluster centre, leading to an increased binary fraction in the core. This central overabundance of mainly hard binaries can serve as a source of energy for the cluster and has a significant effect on the observed kinematics, such as artificially increasing the observed line-of-sight velocity dispersion. We analyse the binary fractions and distributions of 95 simulated GCs, with and without an intermediate-mass black hole (IMBH) in their centre. We show that an IMBH will not only halt the segregation of binaries towards the cluster centre, but also, directly and indirectly, disrupt the binaries that segregate, thus, depleting binaries in the cluster core. We illustrate this by showing that clusters with an IMBH have fewer binaries and flatter radial binary distributions than their counterparts without one. These differences in the binary fraction and distribution provide an additional indicator for the presence of a central IMBH in GCs. In addition, we analyse the effects of the binary fraction on the line-of-sight velocity dispersion in the simulated GCs and find that binaries can cause an overestimation of up to $70 \rm {per \, cent}$ of the velocity dispersion within the core radius. Using recent VLT/MUSE observations of NGC 3201 by Giesers et al. (2019), we find an overestimation of $32.2\pm 7.8 \rm {per \, cent}$ in the velocity dispersion that is consistent with the simulations and illustrates the importance of accurately accounting for the binary population when performing kinematic or dynamical analysis. 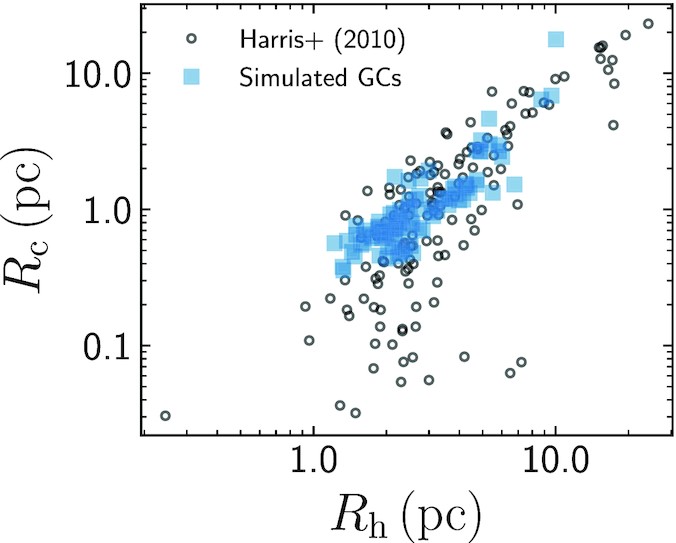