We study and model the properties of galaxy clusters in the normal-branch Dvali-Gabadadze-Porrati (nDGP) model of gravity, which is representative of a wide class of theories that exhibit the Vainshtein screening mechanism. Using the first cosmological simulations that incorporate both full baryonic physics and nDGP, we find that, despite being efficiently screened within clusters, the fifth force can raise the temperature of the intracluster gas, affecting the scaling relations between the cluster mass and three observable mass proxies: the gas temperature, the Compton Y-parameter of the Sunyaev-Zel'dovich effect, and the X-ray analogue of the Y-parameter. Therefore, unless properly accounted for, this could lead to biased measurements of the cluster mass in tests that use cluster observations, such as cluster number counts, to probe gravity. Using a suite of dark-matter-only simulations, which span a wide range of box sizes and resolutions, and which feature very different strengths of the fifth force, we also calibrate general fitting formulae that can reproduce the nDGP halo concentration at percent accuracy for 0 ≤ z ≤ 1, and halo mass function with ${\lesssim}3{{\ \rm per\ cent}}$ accuracy at 0 ≤ z ≤ 1 (increasing to ${\lesssim}5{{\ \rm per\ cent}}$ for 1 ≤ z ≤ 2), over a halo mass range spanning four orders of magnitude. Our model for the concentration can be used for converting between halo mass overdensities and predicting statistics such as the non-linear matter power spectrum. The results of this work will form part of a framework for unbiased constraints of gravity using the data from ongoing and upcoming cluster surveys. 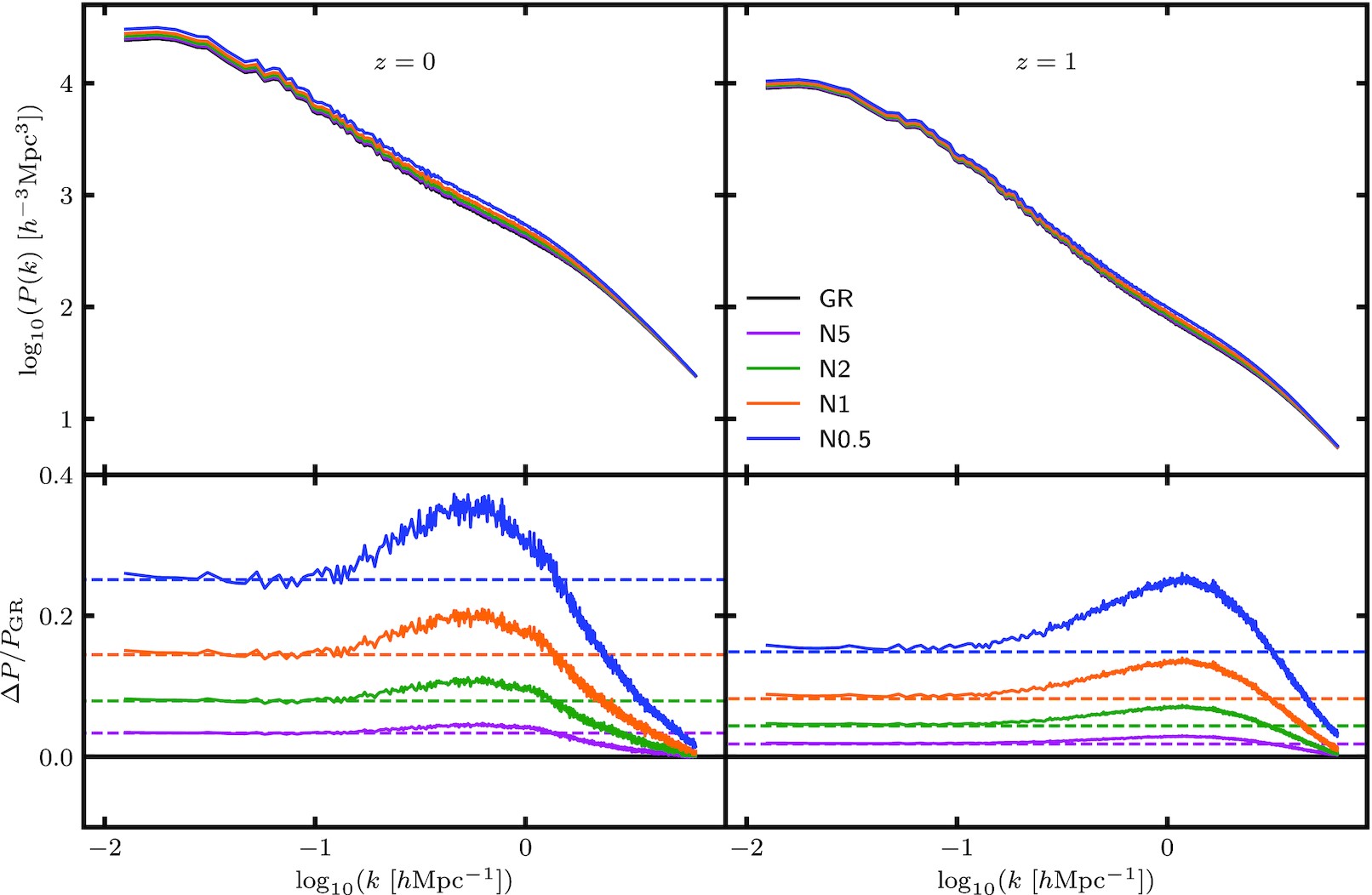