We present a systematic survey for mass-transferring and recently detached cataclysmic variables (CVs) with evolved secondaries, which are progenitors of extremely low mass white dwarfs (ELM WDs), AM CVn systems, and detached ultracompact binaries. We select targets below the main sequence in the Gaia colour-magnitude diagram with ZTF light curves showing large-amplitude ellipsoidal variability and orbital period Porb < 6 h. This yields 51 candidates brighter than G = 18, of which we have obtained many-epoch spectra for 21. We confirm all 21 to be completely or nearly Roche lobe filling close binaries. Thirteen show evidence of ongoing mass transfer, which has likely just ceased in the other eight. Most of the secondaries are hotter than any previously known CV donors, with temperatures 4700 < Teff/K < 8000. Remarkably, all secondaries with $T_{\rm eff} \gtrsim 7000\, \rm K$ appear to be detached, while all cooler secondaries are still mass-transferring. This transition likely marks the temperature where magnetic braking becomes inefficient due to loss of the donor's convective envelope. Most of the proto-WD secondaries have masses near $0.15\, \rm M_{\odot }$; their companions have masses near $0.8\, \rm M_{\odot }$. We infer a space density of $\sim 60\, \rm kpc^{-3}$, roughly 80 times lower than that of normal CVs and three times lower than that of ELM WDs. The implied Galactic birth rate, $\mathcal {R}\sim 60\, \rm Myr^{-1}$, is half that of AM CVn binaries. Most systems are well-described by MESA models for CVs in which mass transfer begins only as the donor leaves the main sequence. All are predicted to reach minimum periods 5 ≲ Porb min-1 ≲ 30 within a Hubble time, where they will become AM CVn binaries or merge. This sample triples the known evolved CV population and offers broad opportunities for improving understanding of the compact binary population. 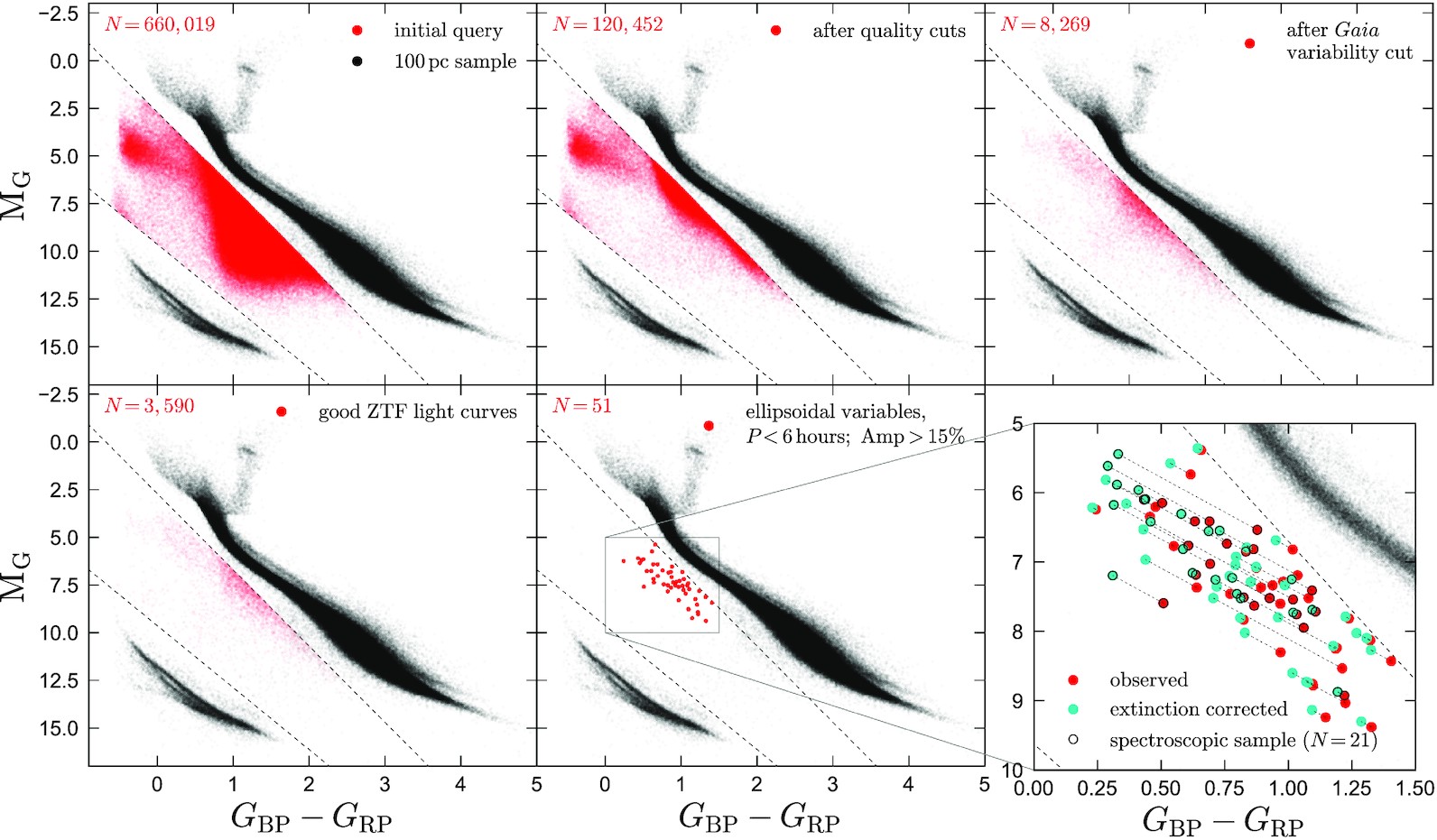