We report the discovery of [Ne V] λ3426 emission, in addition to He II λ4686 emission, in six compact star-forming galaxies. These observations considerably increase the sample of eight such galaxies discovered earlier by our group. For four of the new galaxies, the optical observations are supplemented by near-infrared spectra. All galaxies, but one, have H II regions that are dense, with electron number densities of ~ 300-700 cm-3. They are all characterized by high H β equivalent widths EW(H β) ~ 190-520 Å and high O32 = [O III] λ5007/[O II] λ3727 ratios of 10-30, indicating young starburst ages and the presence of high ionization radiation. All are low-metallicity objects with 12 + logO/H = 7.46-7.88. The spectra of all galaxies show a low-intensity broad component of the H α line and five of six objects show Wolf-Rayet features. Comparison with photoionization models shows that pure stellar ionization radiation from massive stars is not hard enough to produce such strong [Ne V] and He II emission in our galaxies. The [Ne V] λ3426/He II λ4686 flux ratio of ~1.2 in J1222+3602 is consistent with some contribution of active galactic nucleus ionizing radiation. However, in the remaining five galaxies, this ratio is considerably lower, $\lesssim$ 0.4. The most plausible models are likely to be non-uniform in density, where He II and [Ne V] lines are emitted in low-density channels made by outflows and illuminated by harder ionizing radiation from radiative shocks propagating through these channels, whereas [O III] emission originates in denser regions exposed to softer stellar ionizing sources. 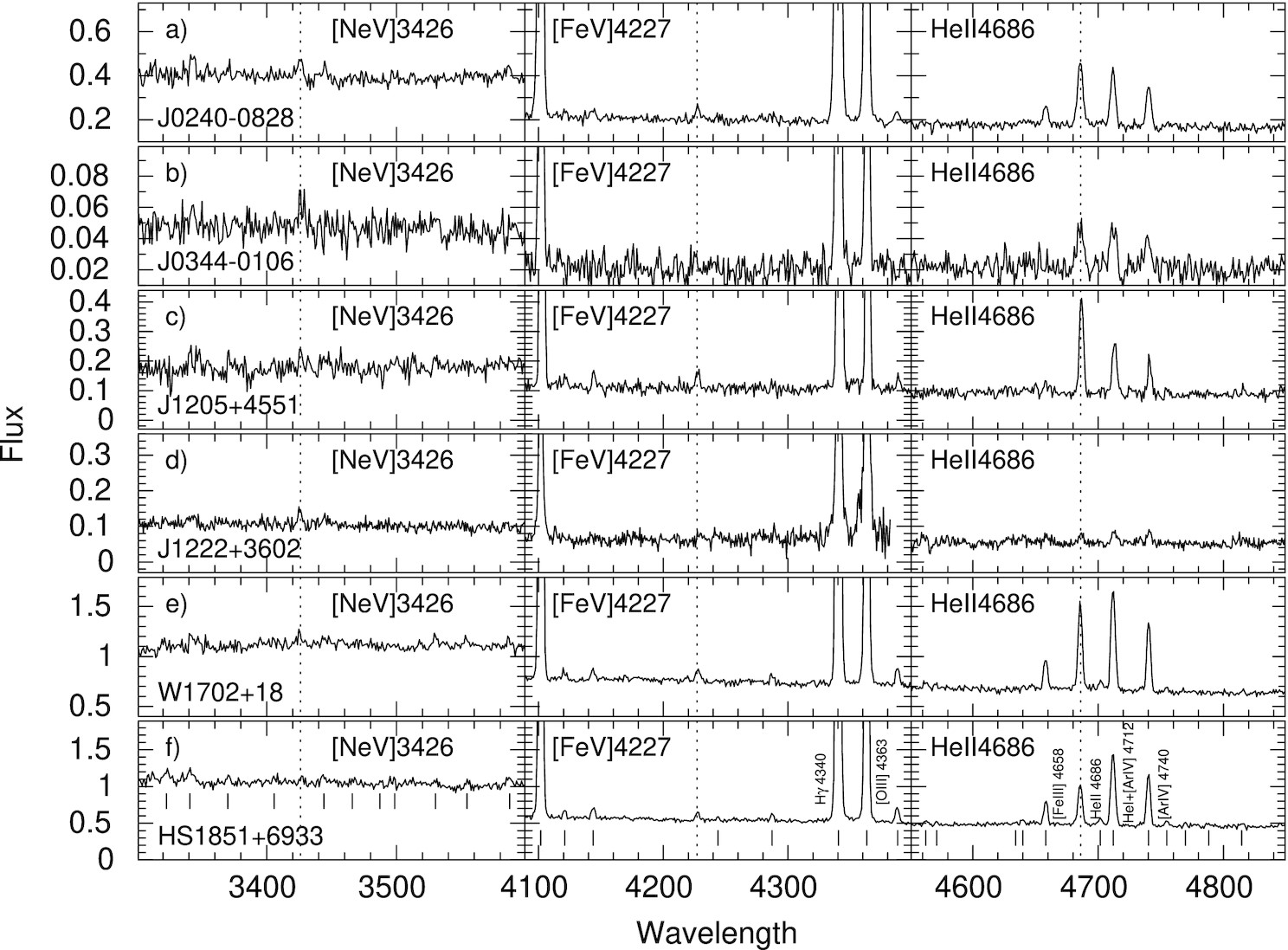