Thermonuclear X-ray bursts from 4U 1636 - 536 observed with AstroSat

We report results obtained from the study of 12 thermonuclear X-ray bursts in six AstroSat observations of a neutron star X-ray binary and well-known X-ray burster, 4U 1636 - 536. Burst oscillations (BOs) at ~ 581 Hz are observed with 4-5σ confidence in three of these X-ray bursts. The rising phase BOs show a decreasing trend of the fractional rms amplitude at 3σ confidence, by far the strongest evidence of thermonuclear flame spreading observed with AstroSat. During the initial 0.25 s of the rise a very high value ($34.0\pm 6.7{{{\ \rm per\ cent}}}$) is observed. The concave shape of the fractional amplitude profile provides a strong evidence of latitude-dependent flame speeds, possibly due to the effects of the Coriolis force. We observe decay phase oscillations with amplitudes comparable to that observed during the rising phase, plausibly due to the combined effect of both surface modes, as well as the cooling wake. The Doppler shifts due to the rapid rotation of the neutron star might cause hard pulses to precede the soft pulses, resulting in a soft lag. The distance to the source estimated using the photospheric radius expansion bursts is consistent with the known value of ~6 kpc. 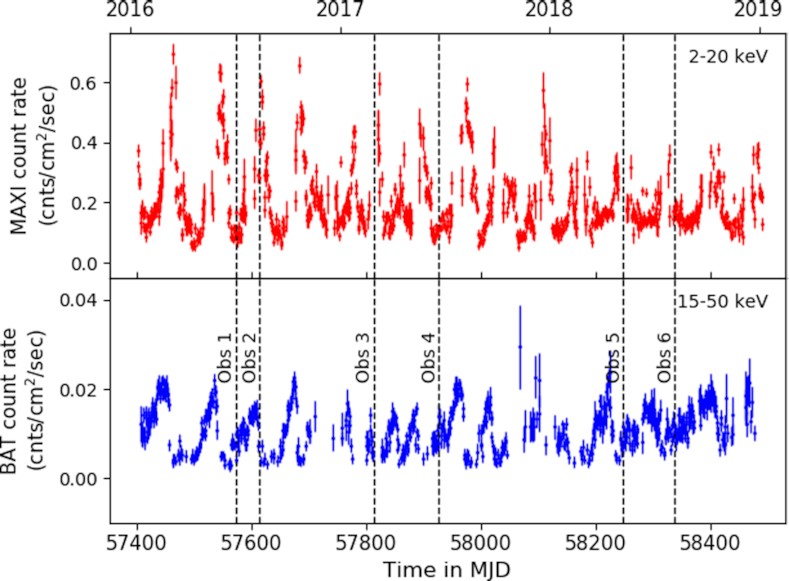