The cosmic near-infrared background (NIRB) offers a powerful integral probe of radiative processes at different cosmic epochs, including the pre-reionization era when metal-free, Population III (Pop III) stars first formed. While the radiation from metal-enriched, Population II (Pop II) stars likely dominates the contribution to the observed NIRB from the reionization era, Pop III stars - if formed efficiently - might leave characteristic imprints on the NIRB, thanks to their strong Lyα emission. Using a physically motivated model of first star formation, we provide an analysis of the NIRB mean spectrum and anisotropy contributed by stellar populations at z > 5. We find that in circumstances where massive Pop III stars persistently form in molecular cooling haloes at a rate of a few times $10^{-3}\, \mathrm{ M}_\odot \ \mathrm{yr}^{-1}$, before being suppressed towards the epoch of reionization (EoR) by the accumulated Lyman-Werner background, a unique spectral signature shows up redward of $1\, \mu$m in the observed NIRB spectrum sourced by galaxies at z > 5. While the detailed shape and amplitude of the spectral signature depend on various factors including the star formation histories, initial mass function, LyC escape fraction and so forth, the most interesting scenarios with efficient Pop III star formation are within the reach of forthcoming facilities, such as the Spectro-Photometer for the History of the Universe, Epoch of Reionization, and Ices Explorer. As a result, new constraints on the abundance and formation history of Pop III stars at high redshifts will be available through precise measurements of the NIRB in the next few years. 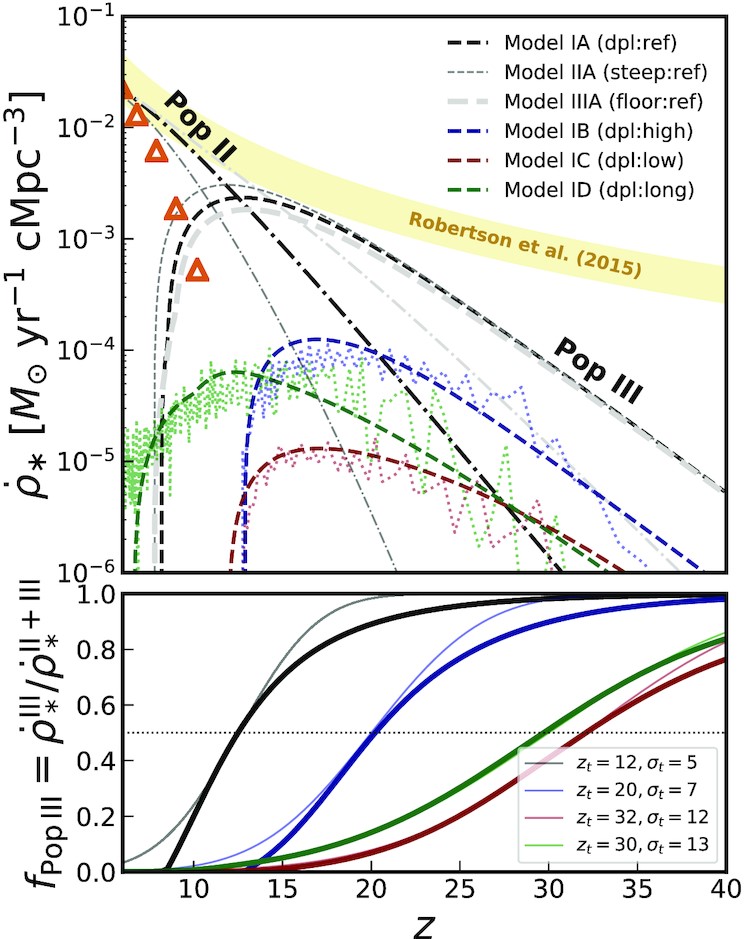