Due to the large cross-section of Ly α photons with hydrogen, Lyman-alpha emitters (LAEs) are sensitive to the presence of neutral hydrogen in the intergalactic medium (IGM) during the epoch of reionization (EoR): the period in the Universe's history where neutral hydrogen in the IGM is ionized. The type of correlation between the ionized regions of the IGM with respect to the underlying intrinsic LAEs has a pronounced effect on the number of observed LAEs and their apparent clustering. As a result, observations of LAEs during the EoR can be used as a probe of the EoR morphology. Here, we build on previous works where we parametrize the density-ionization correlation during the EoR, and study how the observed number density and angular correlation function (ACF) of LAEs depend on this parametrization. Using Subaru measurements of the number density of LAEs and their ACF at z = 6.6, we place constraints on the EoR morphology. We find that measurements of LAEs at z = 6.6 alone cannot distinguish between different density-ionization models at $68{{\ \rm per\ cent}}$ credibility. However, adding information regarding the number density, and ACF, of LAEs at z = 6.6 to 21 cm power spectrum measurements using the hydrogen Epoch of Reionization Array at the mid-point of reionization can rule out uncorrelated and outside-in reionization at $99{{\ \rm per\ cent}}$ credibility. 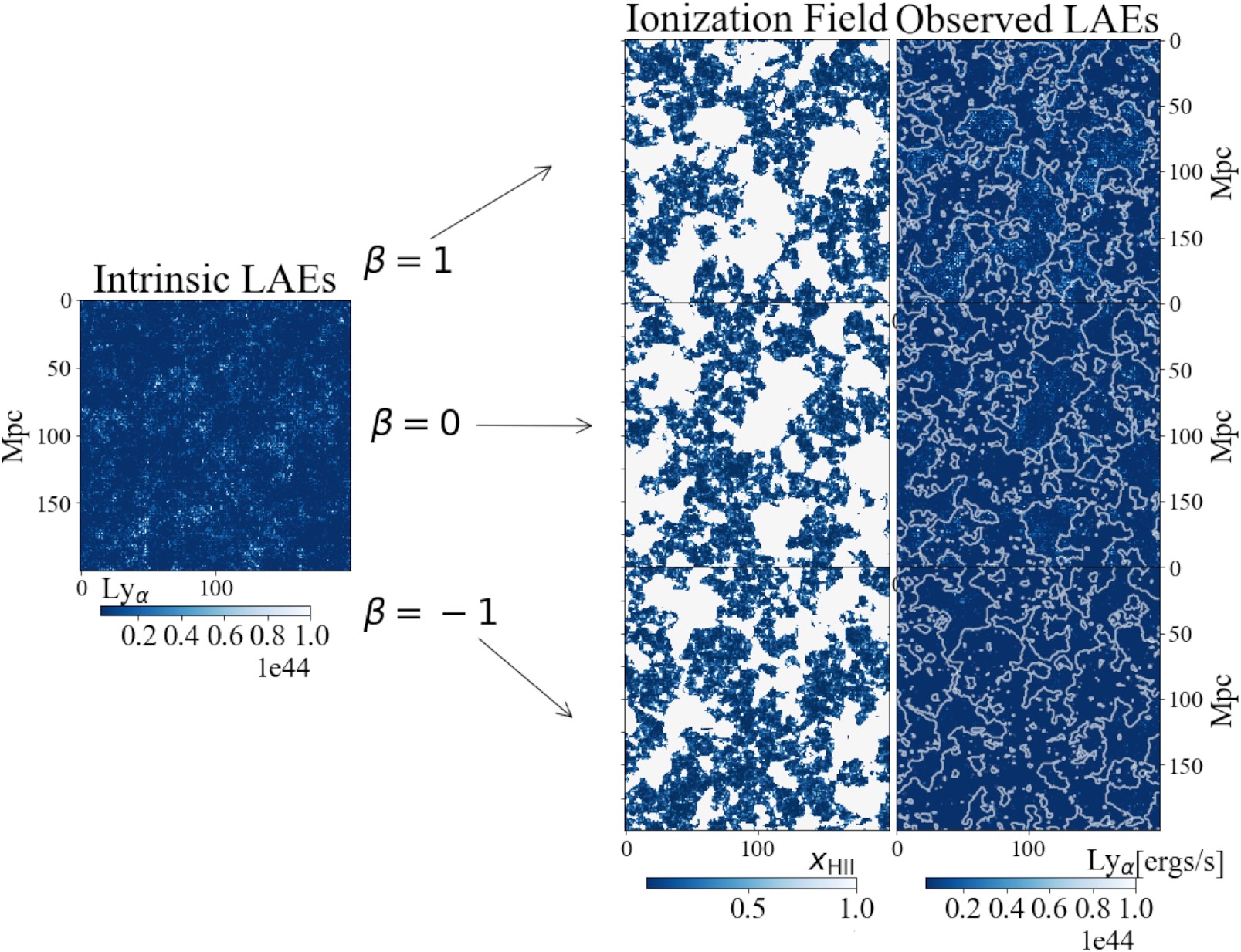