The cumulative star formation histories of dwarf galaxies with TNG50. I: environment-driven diversity and connection to quenching

We present the cumulative star formation histories (SFHs) of >15 000 dwarf galaxies ($M_{\rm *}=10^{7-10}\, {\rm M}_{\odot }$) simulated with the TNG50 run of the IllustrisTNG suite across a vast range of environments. The key factors that determine the dwarfs' SFHs are their central/satellite status and stellar mass, with centrals and more massive dwarfs assembling their stellar mass at later times, on average, compared to satellites and lower mass dwarfs. Satellites (in hosts of mass $M_{\rm 200c, host}=10^{12-14.3}\, {\rm M}_{\odot }$) assembled 90 per cent of their stellar mass ${\sim}7.0_{-5.5}^{+3.3}$ Gyr ago, on average and within the 10th to 90th percentiles, while the centrals did so only ${\sim}1.0_{-0.5}^{+4.0}$ Gyr ago. TNG50 predicts a large diversity in SFHs, so that individual dwarfs can have significantly different cumulative SFHs compared to the stacked median SFHs. Satellite dwarfs with the highest stellar mass to host cluster mass ratios have the latest stellar mass assembly. Conversely, satellites at fixed stellar and host halo mass found closer to the cluster centre or accreted at earlier times show significantly earlier stellar mass assembly. These trends and the shapes of the SFHs themselves are a manifestation of the varying proportions within a given subsample of quenched versus star-forming galaxies, which exhibit markedly distinct SFH shapes. Finally, satellite dwarfs in the most massive hosts have higher SFRs at early times, well before accretion into their z = 0 host, compared to a control sample of centrals mass-matched at the time of accretion. This is the result of the satellites being preprocessed in smaller hosts prior to accretion. Our findings are useful theoretical predictions for comparison to future resolved stellar population observations. 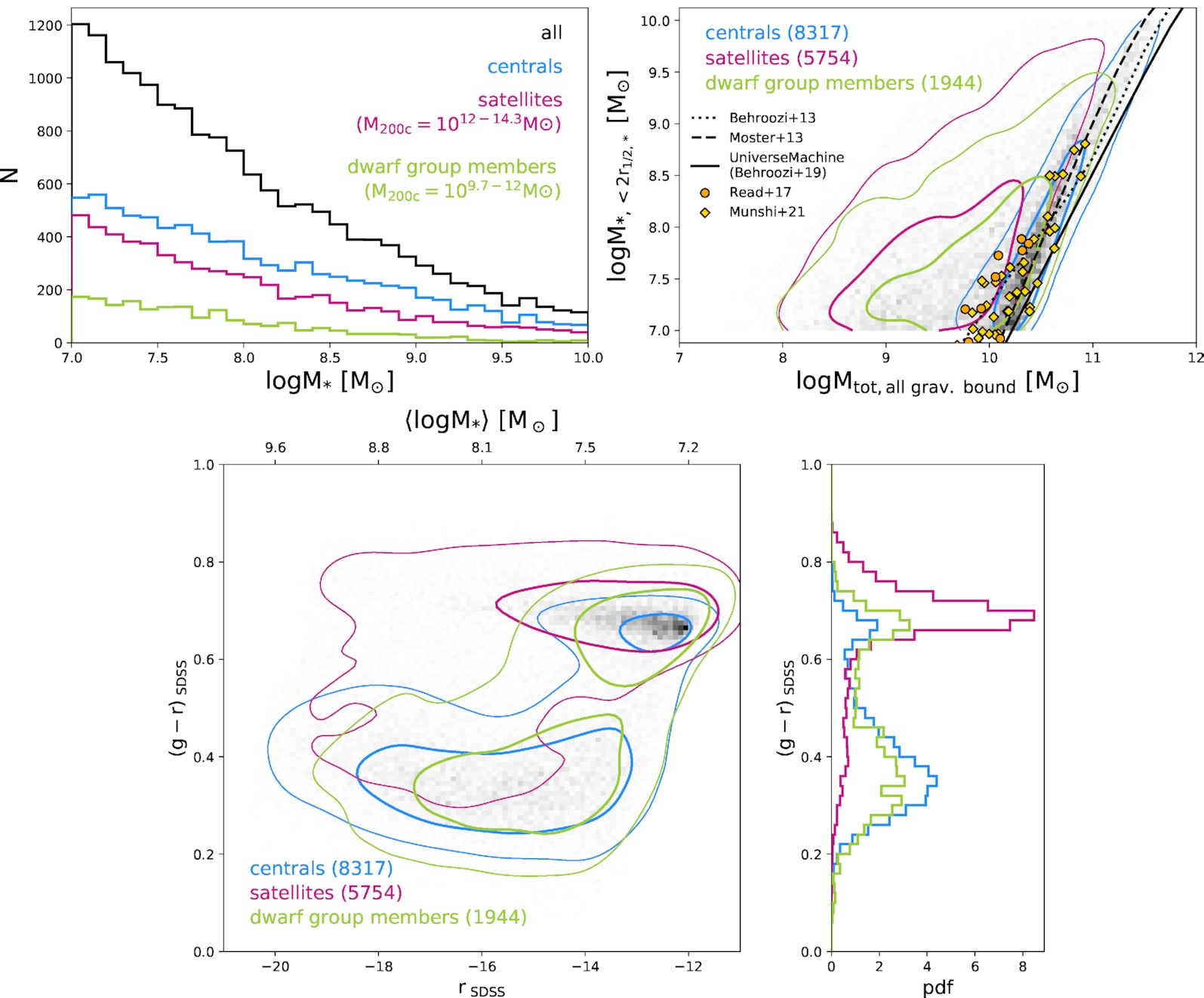