Galaxy assembly bias and large-scale distribution: a comparison between IllustrisTNG and a semi-analytic model

In this work, we compare large scale structure observables for stellar mass selected samples at z = 0, as predicted by two galaxy models, the hydrodynamical simulation IllustrisTNG and the Santa-Cruz semi-analytic model (SC-SAM). Although both models have been independently calibrated to match observations, rather than each other, we find good agreement between the two models for two-point clustering and galaxy assembly bias signatures. The models also show a qualitatively similar response of occupancy and clustering to secondary halo parameters other than mass, such as formation history and concentration, although with some quantitative differences. Thus, our results demonstrate that the galaxy-halo relationships in SC-SAM and TNG are quite similar to first order. However, we also find areas in which the models differ. For example, we note a strong correlation between halo gas content and environment in TNG, which is lacking in the SC-SAM, as well as differences in the occupancy predictions for low-mass haloes. Moreover, we show that higher order statistics, such as cumulants of the density field, help us to accurately describe the galaxy distribution and discriminate between models that show degenerate behaviour for two-point statistics. Our results suggest that SAMs are a promising cost-effective and intuitive method for generating mock catalogues for next generation cosmological surveys. 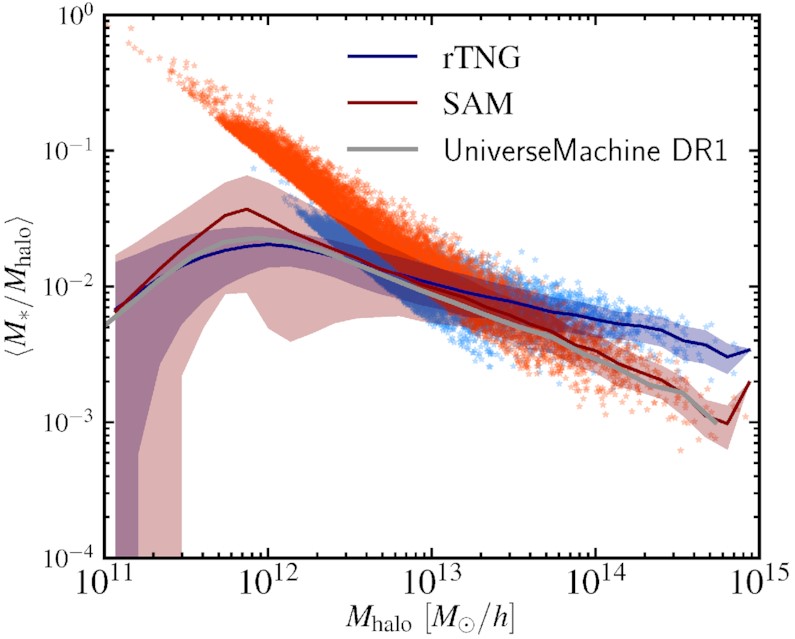