Intermediate-mass black holes (IMBHs) in the mass range $10^2\!-\!10^5\, \mathrm{M_{\odot }}$ bridge the gap between stellar black holes (BHs) and supermassive BHs. Here, we investigate the possibility that IMBHs form in young star clusters via runaway collisions and BH mergers. We analyse 104 simulations of dense young star clusters, featuring up-to-date stellar wind models and prescriptions for core collapse and (pulsational) pair instability. In our simulations, only nine IMBHs out of 218 form via binary BH mergers, with a mass ~100-140 M⊙. This channel is strongly suppressed by the low escape velocity of our star clusters. In contrast, IMBHs with masses up to ~438 M⊙ efficiently form via runaway stellar collisions, especially at low metallicity. Up to ~0.2 per cent of all the simulated BHs are IMBHs, depending on progenitor's metallicity. The runaway formation channel is strongly suppressed in metal-rich (Z = 0.02) star clusters, because of stellar winds. IMBHs are extremely efficient in pairing with other BHs: ~70 per cent of them are members of a binary BH at the end of the simulations. However, we do not find any IMBH-BH merger. More massive star clusters are more efficient in forming IMBHs: ~8 per cent (~1 per cent) of the simulated clusters with initial mass 104-3 × 104 M⊙ (103-5 × 103 M⊙) host at least one IMBH. 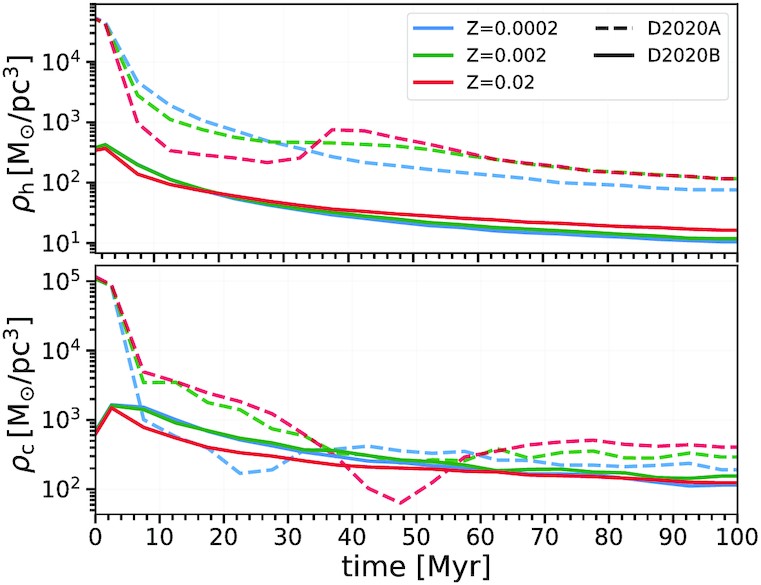