We conduct numerical experiments to determine the density probability distribution function (PDF) produced in supersonic, isothermal, self-gravitating turbulence of the sort that is ubiquitous in star-forming molecular clouds. Our experiments cover a wide range of turbulent Mach number and virial parameter, allowing us for the first time to determine how the PDF responds as these parameters vary, and we introduce a new diagnostic, the dimensionless star formation efficiency versus density [ϵff(s)] curve, which provides a sensitive diagnostic of the PDF shape and dynamics. We show that the PDF follows a universal functional form consisting of a lognormal at low density with two distinct power-law tails at higher density: the first of these represents the onset of self-gravitation, and the second reflects the onset of rotational support. Once the star formation efficiency reaches a few per cent, the PDF becomes statistically steady, with no evidence for secular time evolution at star formation efficiencies from about 5 to 20 per cent. We show that both the Mach number and the virial parameter influence the characteristic densities at which the lognormal gives way to the first power law, and the first to the second, and we extend (for the former) and develop (for the latter) simple theoretical models for the relationship between these density thresholds and the global properties of the turbulent medium. 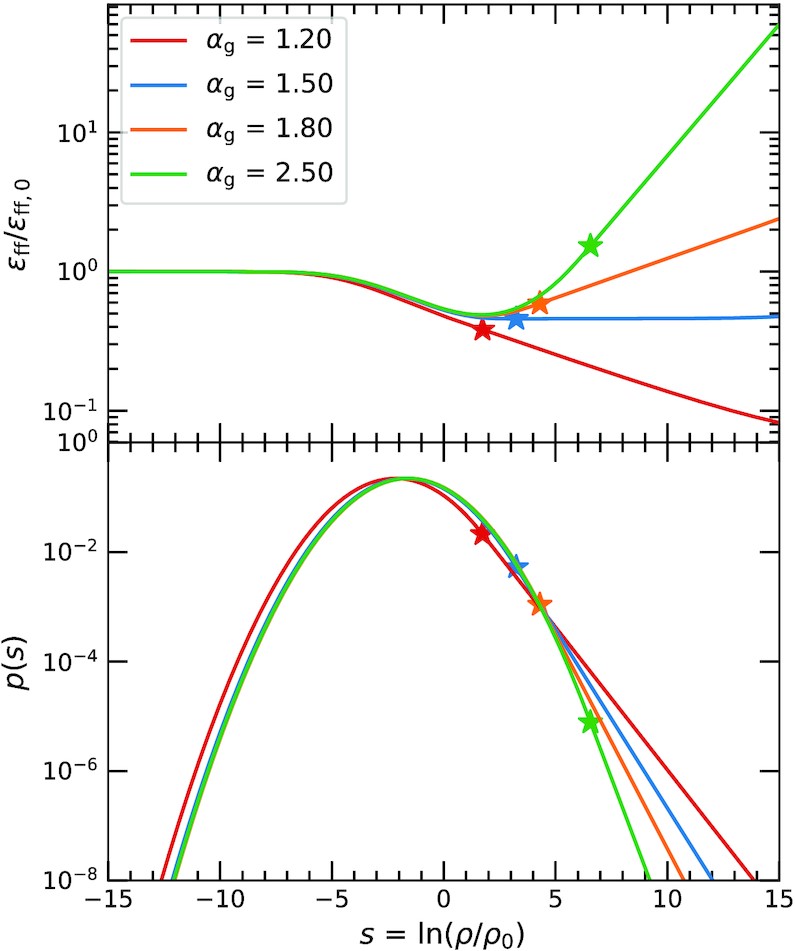