We investigate the spatial, temporal, and spectral properties of 10 microflares from AR12721 on 2018 September 9 and 10 observed in X-rays using the Nuclear Spectroscopic Telescope ARray and the Solar Dynamic Observatory's Atmospheric Imaging Assembly and Helioseismic and Magnetic Imager. We find GOES sub-A class equivalent microflare energies of 1026-1028 erg reaching temperatures up to 10 MK with consistent quiescent or hot active region (AR) core plasma temperatures of 3-4 MK. One microflare (SOL2018-09-09T10:33), with an equivalent GOES class of A0.1, has non-thermal hard X-ray emission during its impulsive phase (of non-thermal power ~7 × 1024 erg s-1) making it one of the faintest X-ray microflares to have direct evidence for accelerated electrons. In 4 of the 10 microflares, we find that the X-ray time profile matches fainter and more transient sources in the extreme-ultraviolet, highlighting the need for observations sensitive to only the hottest material that reaches temperatures higher than those of the AR core (>5 MK). Evidence for corresponding photospheric magnetic flux cancellation/emergence present at the footpoints of eight microflares is also observed. 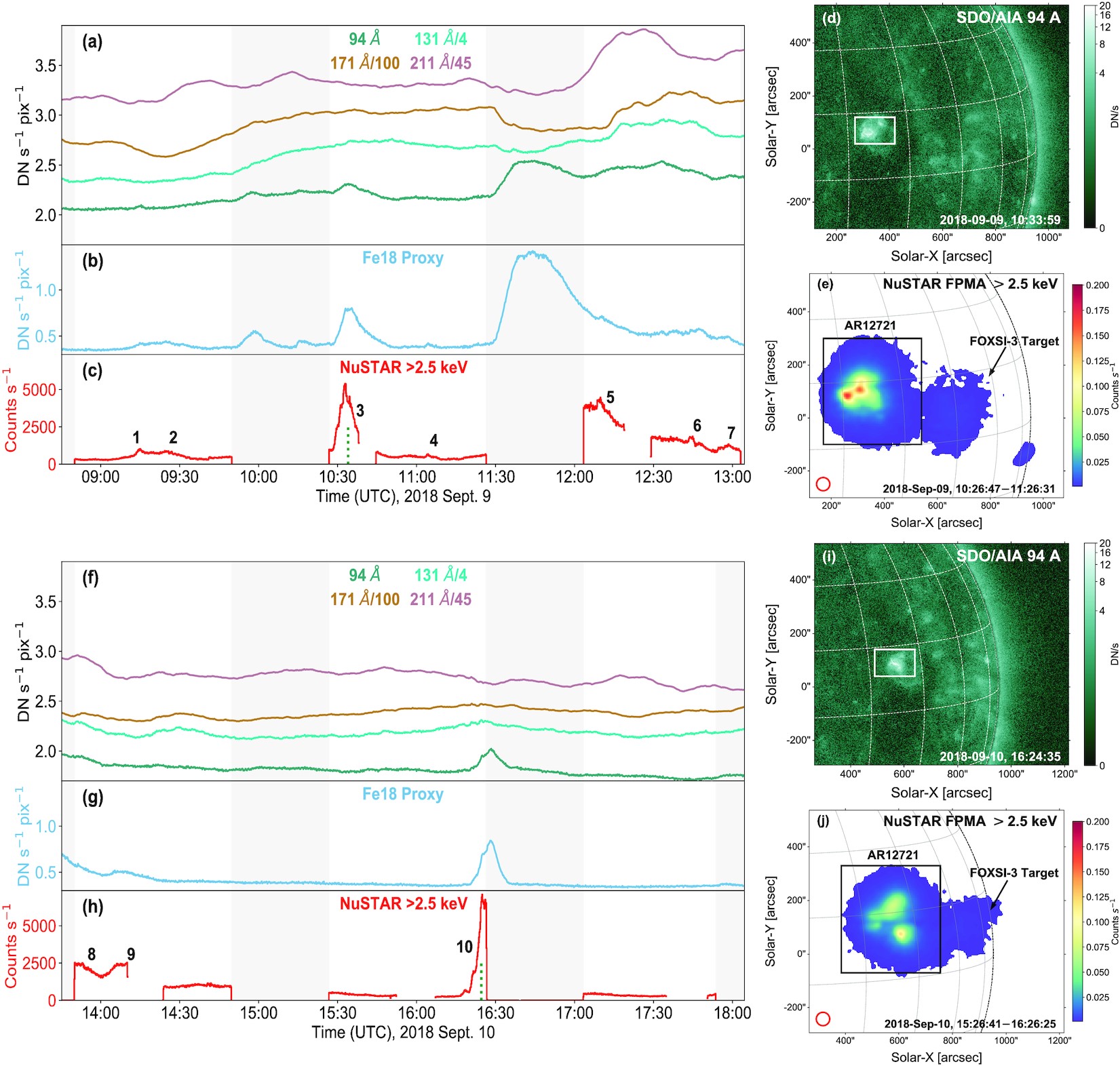