White-light flares are magnetically driven localized brightenings on the surfaces of stars. Their temporal, spectral, and statistical properties present a treasury of physical information about stellar magnetic fields. The spatial distributions of magnetic spots and associated flaring regions help constrain dynamo theories. Moreover, flares are thought to crucially affect the habitability of exoplanets that orbit these stars. Measuring the location of flares on stars other than the Sun is challenging due to the lack of spatial resolution. Here we present four fully convective stars observed with the Transiting Exoplanet Survey Satellite that displayed large, long-duration flares in white-light which were modulated in brightness by the stars' fast rotation. This allowed us to determine the loci of these flares directly from the light curves. All four flares occurred at latitudes between 55° and 81°, far higher than typical solar flare latitudes. Our findings are evidence that strong magnetic fields tend to emerge close to the stellar rotational poles for fully convective stars, and suggest that the impact of flares on the habitability of exoplanets around small stars could be weaker than previously thought. 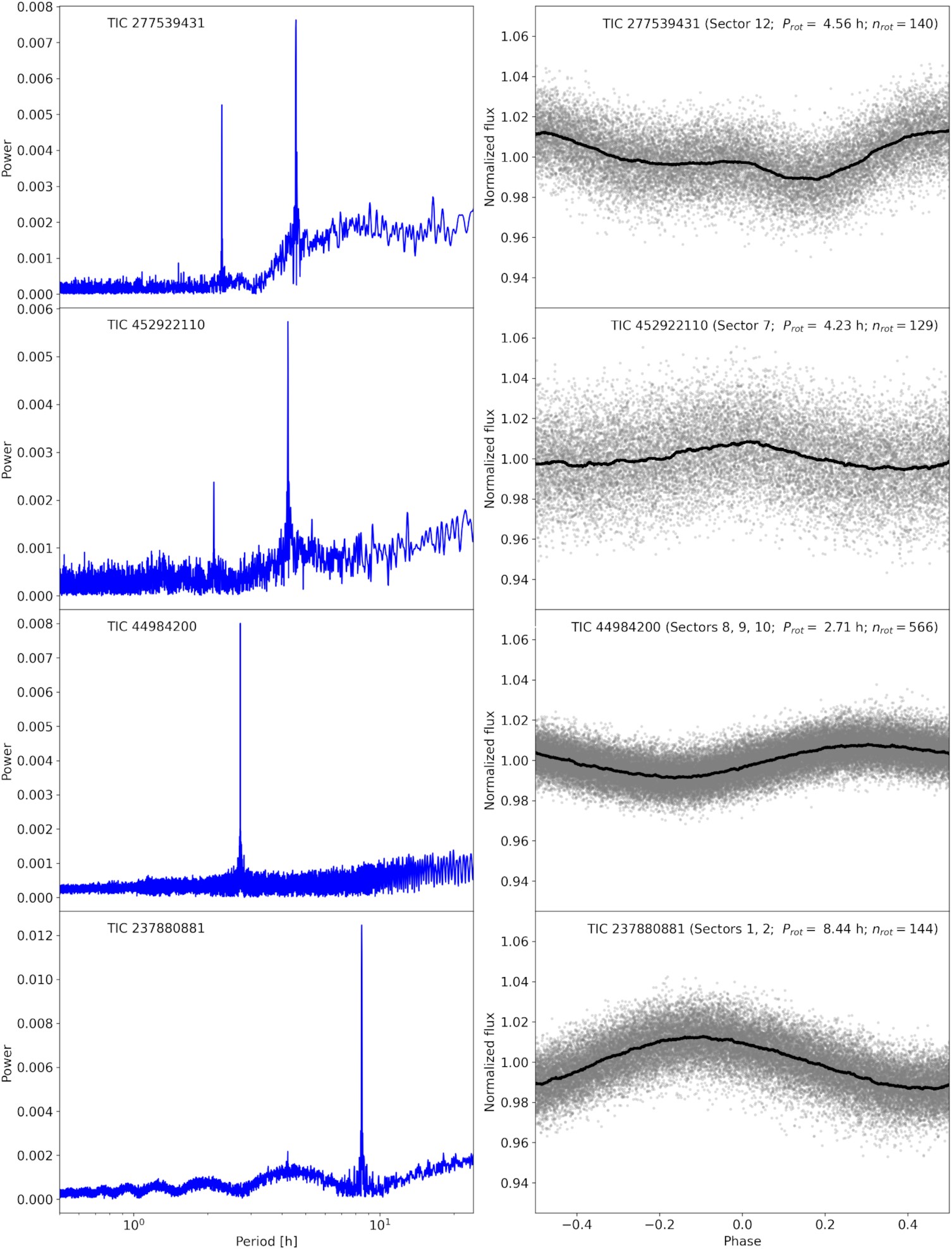